A wet, filthy and matted sheep found tethered to a Brooklyn park tree on a rainy night is the fifth farm animal to be rescued in New York City in less than a month.

The male sheep is now named Officer Cal and will be living out his life at the Farm Sanctuary animal refuge in Watkins Glen, New York, according to a press release from the group. His name is in honor of Officer Danny Calamine, a police officer who assisted in his initial rescue.

For the time being, Officer Cal is in the care of veterinarians at Cornell University, where he’s being treated for a front leg injury.

The NYPD received a report Thursday night that the sheep was tied up in Brooklyn’s Coney Island Creek Park. Officer Calamine, the human, took the bedraggled sheep to Animal Care Centers of NYC, the organization that provides the city’s animal control services.

Another sheep has been brought to ACC late last night. Found tied to a tree and rescued by @NYPD. We set up a home for him and made him comfortable through the night. Details to come. #WeTakeThemAll pic.twitter.com/g0iDk0BNNz

The circumstances behind the sheep’s strange situation are unclear. Officer Cal joins the ranks of three other New York City farm animals ― a lamb, two goats and a calf ― who were rescued in one way or another in recent days.

One of the goats wound up at a city shelter after becoming a “slaughterhouse reject,” while the other three are believed to have escaped city slaughterhouses, of which there are an estimated 80 in total, The New York Times reported.

The calf was found wandering a highway near Yankee Stadium on March 19, the second goat turned up at a Bronx construction site on March 17, and the lamb was found running on a Brooklyn expressway on March 13.

“Farm animals have a very strong will to live,” Farm Sanctuary national director Susie Coston told HuffPost in an email. “Their senses are in some ways more heightened than our own, and when they pick up on the fear and the smell of blood from the other animals inside these slaughterhouses, their instinct, just like ours would be, is to run.”

Like Officer Cal, the sheep, one of the rescued goats, now named Alondra, is also now in the care of Farm Sanctuary. The other goat, lamb and calf (named Billy, Petunia and Major Deegan, respectively) are at Skylands Sanctuary & Animal Rescue in New Jersey.

#BREAKING NYPD has named the calf, “Major Deegan” will live out his days at an animal sanctuary. @PIX11News #Cow #Bronx pic.twitter.com/4F5kJnfk9j 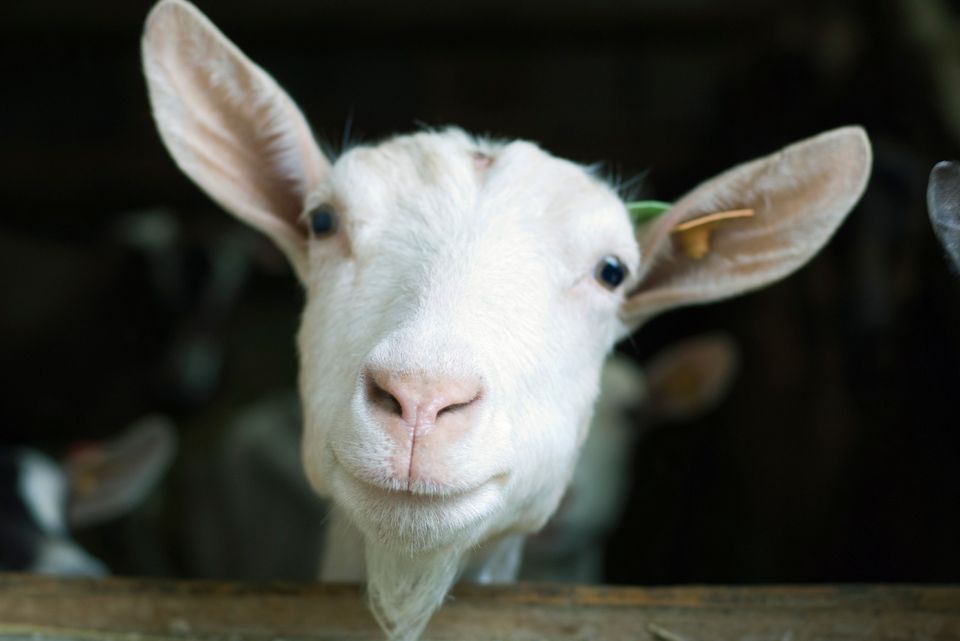