If you happen to be traipsing around Chelsea's gallery district this month and stumble upon a herd of stoic sheep grazing in a random patch of green grass, don't attempt to jerk yourself from what might seem like a bizarre hypnopompic vision. The site you are seeing -- a strange gathering of what appear to be 25 manicured farm animals -- is real. And it's art. 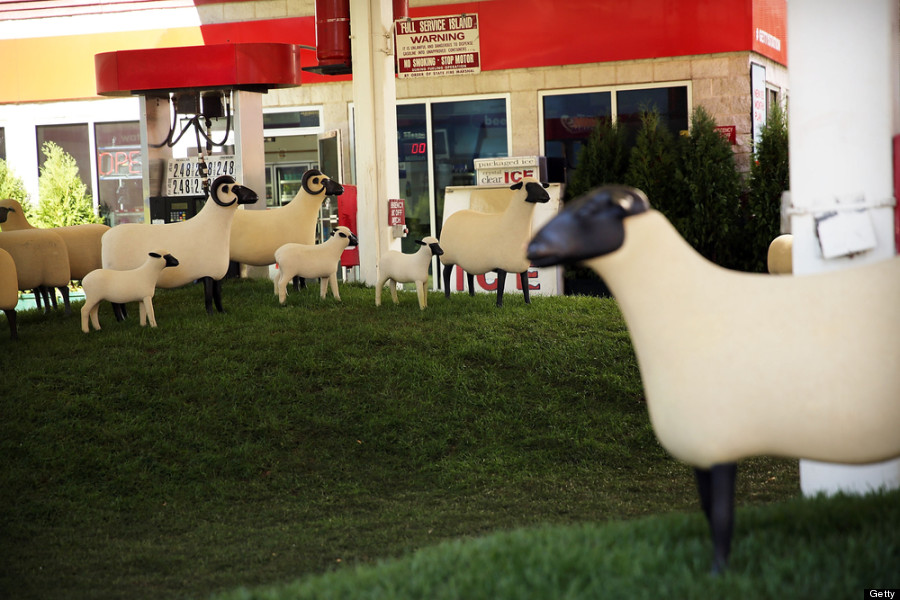 Yes, 25 sheep statues have taken over a gas station on New York City's west side, thanks to the public art program Getty Station. The installation is the work of Michael Shvo and Paul Kasmin Gallery, who have opted to reimagine the cartoonish pieces of the late French artist François-Xavier Lalanne, positioning a group of his epoxy stone and bronze "Moutons" smack dab in the middle of an old filling station in Chelsea.

"Set in a surrealist landscape amidst the existing industrial gas station architecture, the sheep symbolize Lalanne’s mission to demystify art and capture its joie de vivre," explains the Getty Station website. "‘Moutons’ have become Lalanne’s most iconic work, embodying his very approach to art while commenting on the nature of art itself." 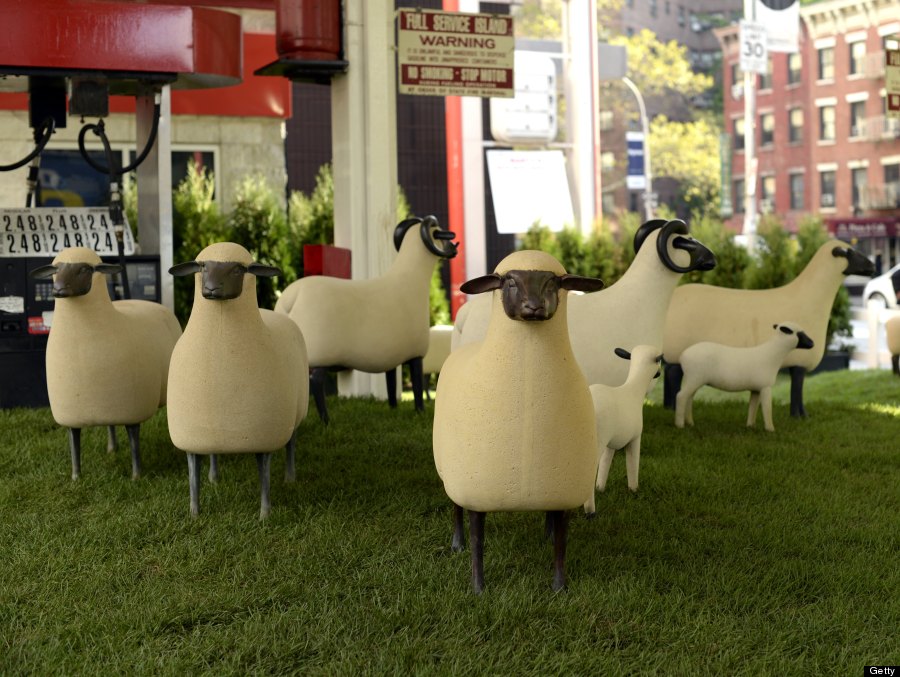 "Sheep Station" is but the first site-specific installation to grace the pasteurs of Getty's unlikely space. According to its website, the gas station "classic twentieth century American icon" will eventually be transformed into luxury residences, with Getty Station being "incorporated into the building as a permanent element." Until then, feast your eyes on the (not so) fluffy creatures that are making Chelsea their home until October 20, 2013. 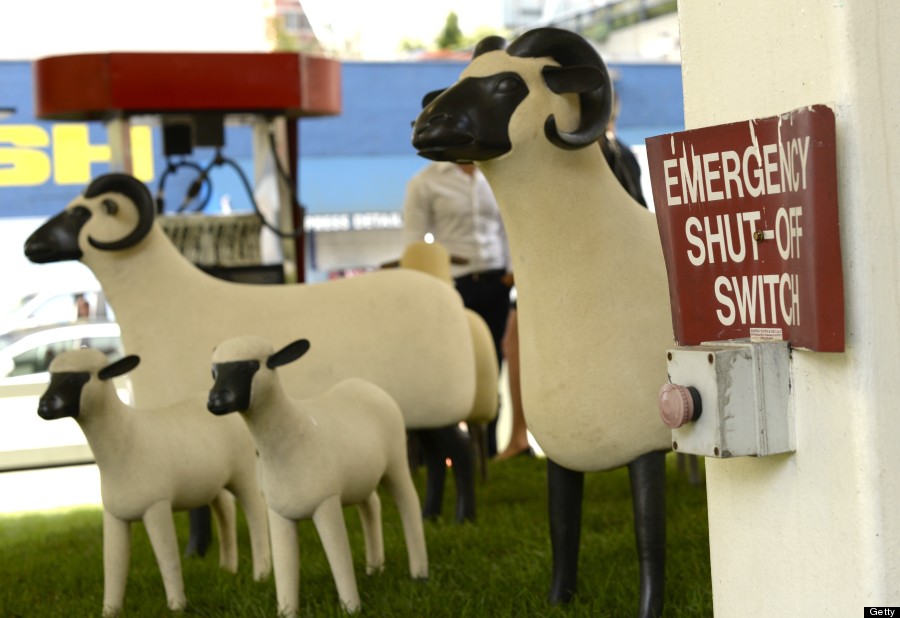 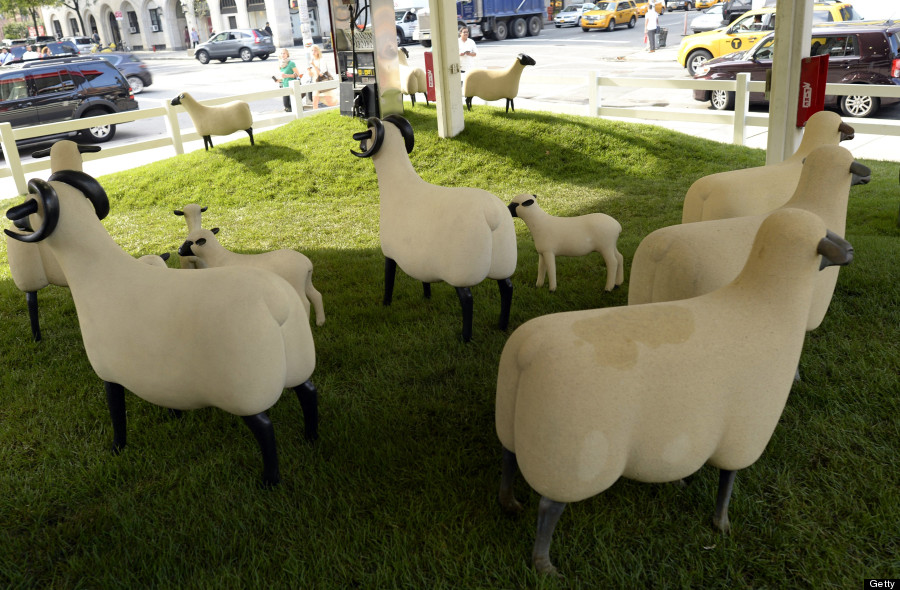 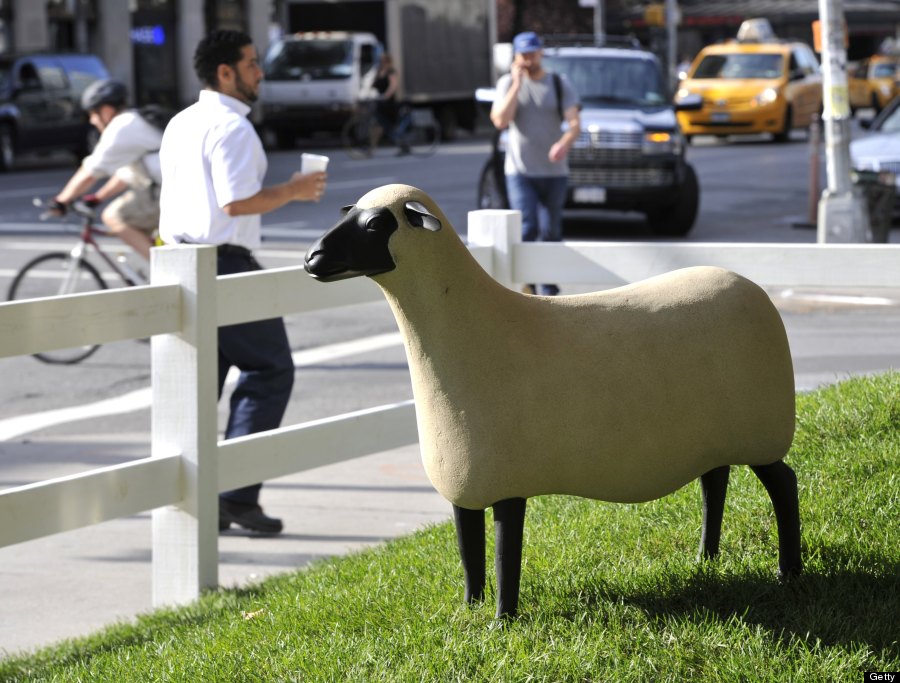 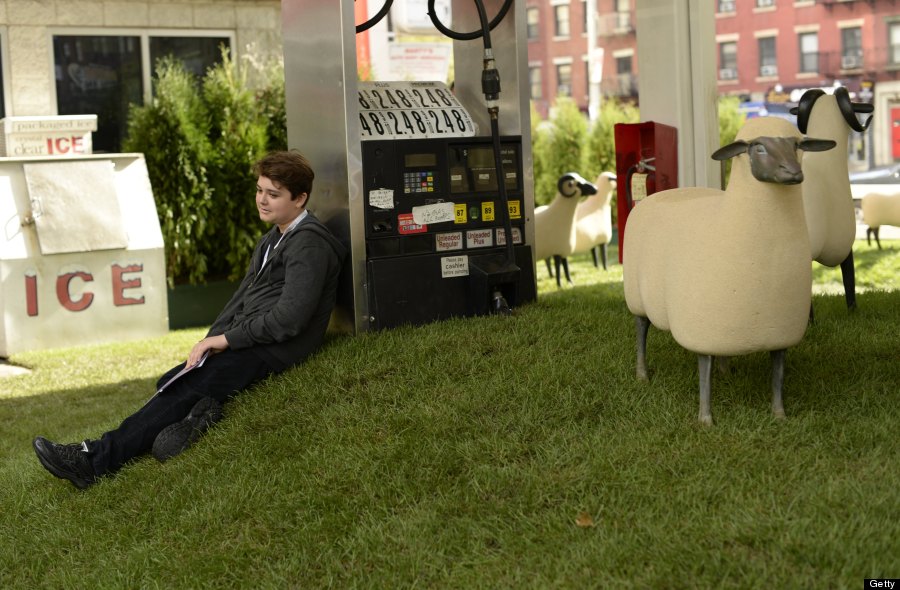 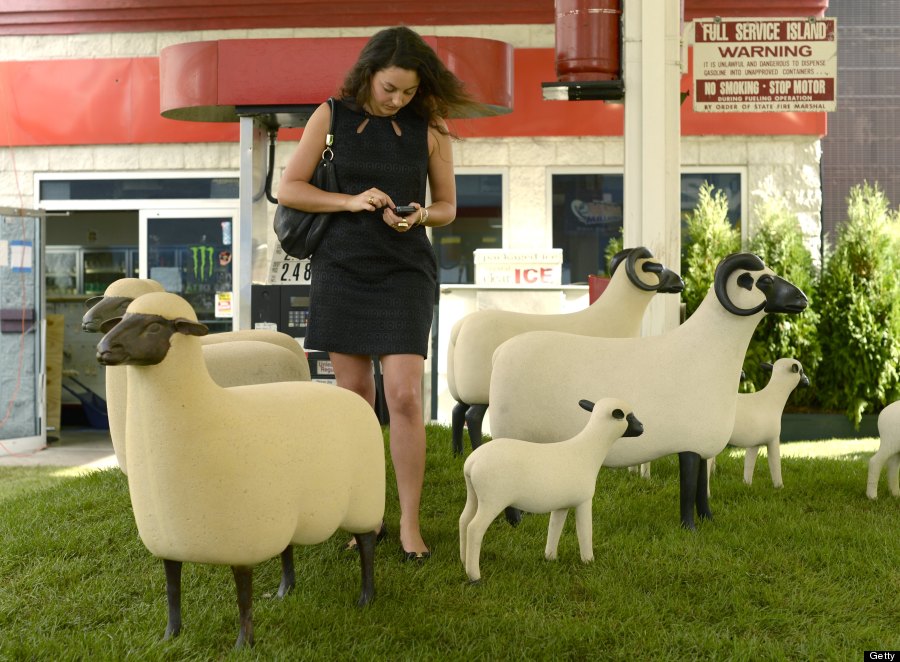 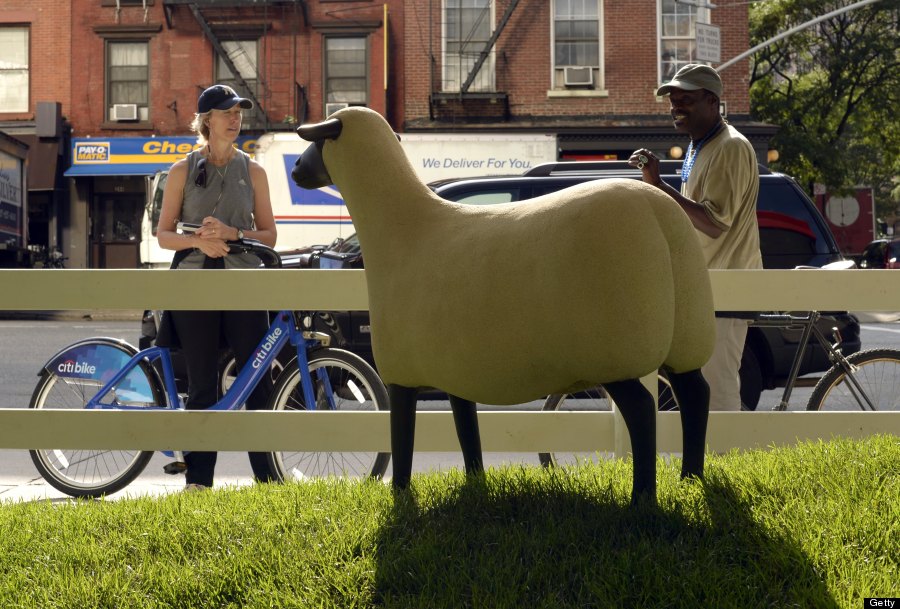 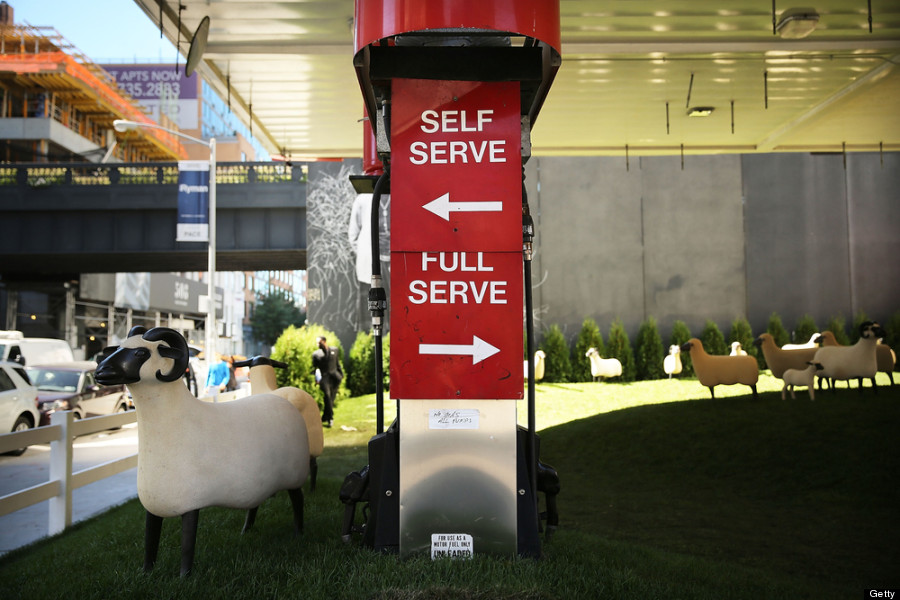 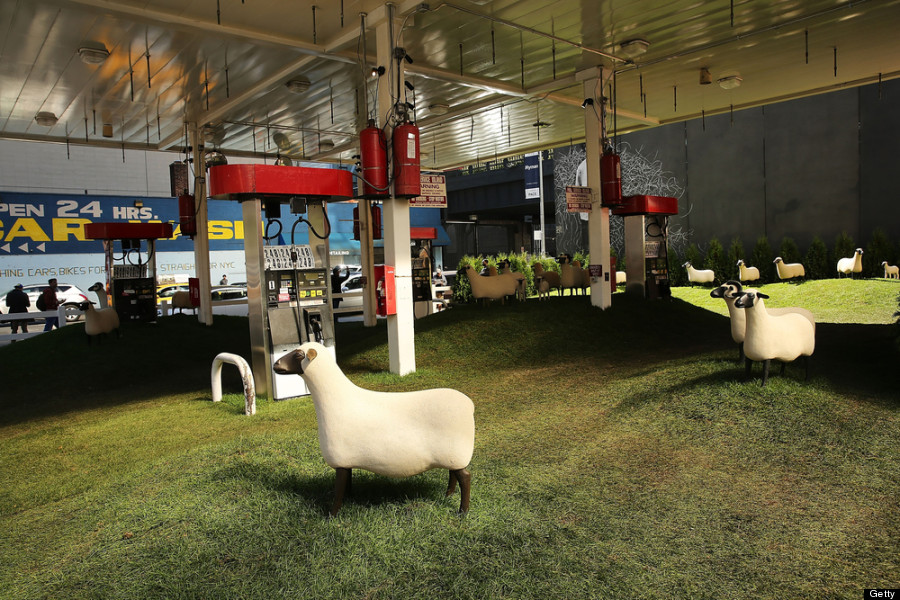