And Brooklyn's top listing for a single-family home goes to...2134 Ocean Parkway in Sheepshead Bay!

That's right, for only $14 million you can own this 5 bedroom, 9,200 square foot abode, just mere minutes from Brighton Beach.

Some choice excerpts from the listing:

"Immediately upon entry, one is greeted by a grand multi-level art-nouveau staircase accented by artisan wrought iron panels finished with newel posts. Above this, a substantial dome skylight allows natural light to permeate all three levels and a Vienna imported, hand-etched, crystal chandelier..."

"Unrivaled in size, the [master] bedroom features a front facing French-doored balcony, and skylights on motorized shades. It has been finished in classical style with panel moldings and a cathedral ceiling. The integral 5-fixture master bath, which includes a bidet and elevated soaking tub, is clad entirely in marble with inlays and finishes of crotch mahogany..."

"The added practical conveniences within the home are innumerable, but include an elevator serving all floors, a walk-in commercial grade refrigerator, central vacuum system, interior and exterior radiant heating, and an outdoor kitchen."

“It’s like you’re walking into a private palace,” Ryan Serhant, the property’s listing agent and “Million Dollar Listing New York” star, told The New York Daily News. “There’s nothing like this on the market for sale.”

“This area trades mostly within its own community which brought the prices to where they are," he explained.

(You can take a look at the block on Google Maps here.)

If sold at listing price, the sale would be a real estate record for the borough, according to The News.

Brooklyn's most expensive listing, however, remains the clocktower penthouse in DUMBO. Originally listed at $25 million in 2009, the price has since been chopped to $19 million. 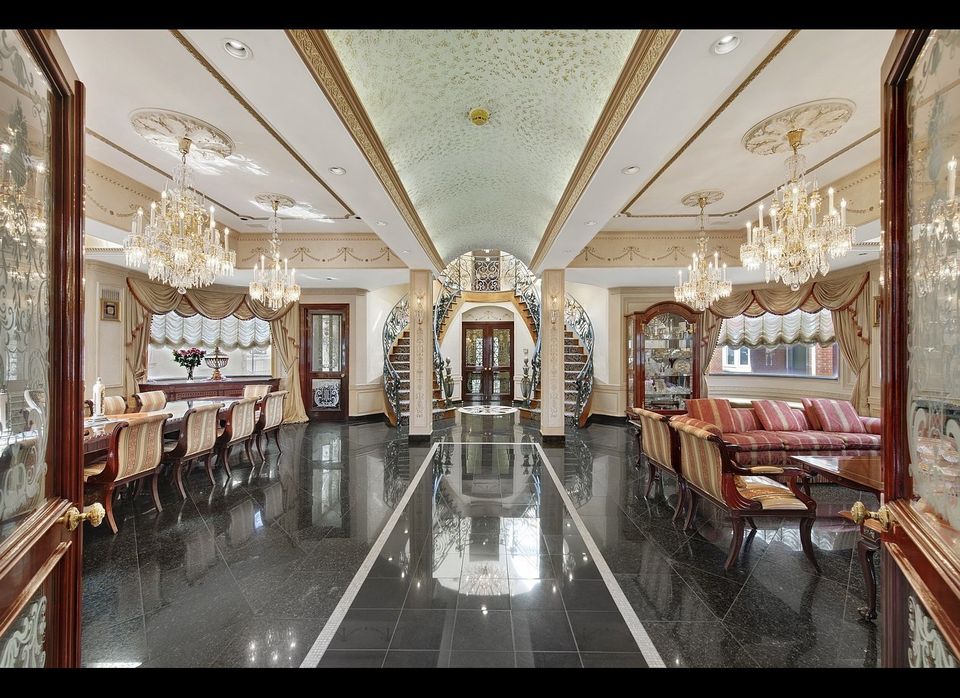