Abu Dhabi's Sheikh Zayed Grand Mosque was the site of a sultry photoshoot for pop singer Rihanna on Saturday, to the horror of the mosque management, who asked her to leave after "it became apparent that some of the photographs she took were not in compliance with the terms of the mosque." 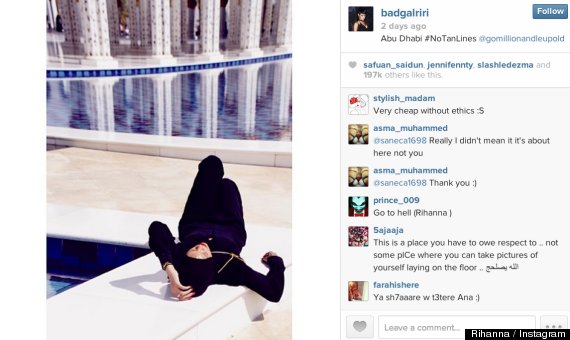 Though visitors are welcome to the mosque regardless of their religion, they are still expected to behave in a manner that is religiously respectful. While Rihanna wore a modest outfit of loose-fitting black clothes, the pouty shots by her professional photographers were not in keeping with the usual touristy snaps taken at the mosque, which is considered one of Abu Dhabi's most iconic cultural landmarks. 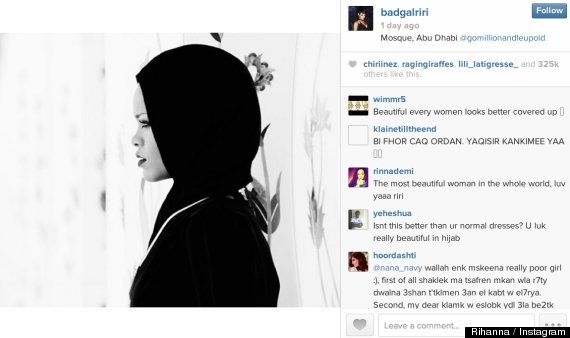 Sheikh Zayed Mosque released a statement to The National to explain the incident, writing:

The Centre strives to ensure that visitors enter the mosque in a decent fashion, and refrain from behaving in any way that is inconsistent with the sanctity of this religious place. In the event of behaviour that violates the moral codes of access to the mosque, or other visit regulations – such as taking inappropriate pictures, posing in ways that are improper in the context of sacred place, talking loudly, or eating – the violators are directed in a polite manner that reflects the civilisational and tolerant attributes of Islam. Usually, the visitors are appreciative of that.

Here, the Centre refers to a recent incident, involving a singer who came for a private visit to the mosque, at a gate that is not reserved for visitors, without prior coordination with the Centre’s management and without identifying herself.

She was directed by visitor services to proceed to the visitors’ main gate and take the guided tour, according to procedure. She left without entering the mosque, after being asked to do so, due to the fact that she had taken some pictures that do not conform with the conditions and regulations put in place by the Centre’s management to regulate visits in a way that takes the status and sanctity of the mosque into consideration.”

“While the Sheikh Zayed Grand Mosque Centre always welcomes visitors and tourists from all around the world, it also calls on everyone to adhere to the moral codes of access to the mosque and to its visit regulations, which the Centre always makes sure are clear to all its visitors throughout the day. 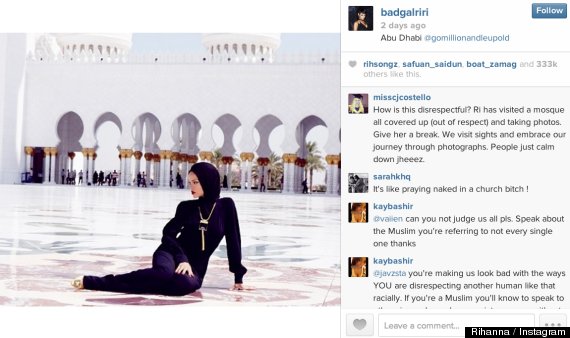 The reaction on social media has been mixed, with some commenters praising Rihanna's modest outfit and willingness to appreciate the beauty of other religions and cultures, with others condemning her for her cultural appropriation for the sake of fashion, as well as her disrespect towards the mosque. Ali Al Saloom, founder of AskAli.com, told 7 Days that "I feel disappointed that she shared photos on Instagram that are inappropriate to the values of our religion and our Arab tradition, which values modesty and respect to the most important venue that has our father of the nation HH Sheikh Zayed’s graveyard. A mosque is not to be seen as a fun place, nor is it a place for filming fashion." 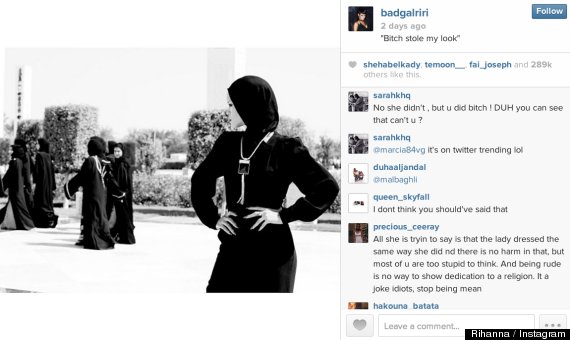 However, Nasif Kayed from the Sheikh Mohammed Centre of Understanding said to 7 Days, "In all of the pics she is dressed from head to toe. What is offensive about them?" Vivian Antony commented, "I wish she took random pictures of her touring ‘walking through or admiring’ the mosque. Posing, or should I say photo shoot, seems a little bit off." 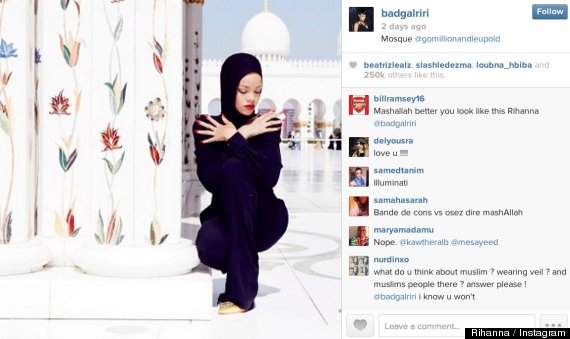 The Bajan singer has made headlines in the past for her wild behavior, and her last album was fittingly titled "Unapologetic." No word yet on what she thinks of her latest controversy.