There's probably at least one new music video, one funny news mistake video, a few Rickrolls, and a gaggle of videos featuring small animals doing cute things scattered across your Facebook, Twitter, and inbox at this very moment. You're dying to watch all of them, but you don't want to have to waste time just so you can waste even more time. You pick a few, watch one on YouTube, one on Vimeo, and one right on Facebook.

Alternatively, you could get a little more efficient, and a little bit lazier, and use Shelby.tv, a new site that culls video from your social networks and puts them in one customized stream.

What it is: Shelby.tv is a one-stop-shop for all your online video pleasures. The service pulls in video links from your Twitter and Facebook to create a customized channel filled with videos your friends think are worth watching.

"There are three major problems," said Reece Pacheco, CEO of Shelby.tv, of online video. "Discovery sucks, the community sucks and we wanted to timeshift to watch whenever we wanted."

While many people are inundated with a steady flow of video sharing throughout the day, most don't actually have the opportunity to watch everything they get, or the patience to sort through it later. Moreover, the world of online video tends to be fragmented, with users going to YouTube to watch a video at a time. Shelby.tv's goal is to make it less difficult to enjoy online video.

"You should be able to turn on your computer like a TV and be able to watch something right away," said Pacheco.

As for community, well, if you've been on the video page for Rebecca Black's "Friday" recently, you'll know YouTube members tend not to be the most welcoming sector of the online world.

How it works: To use Shelby.tv, people authorize Twitter or Facebook, and a stream analyzer goes through and picks out the links with video in them to pull in to Shelby's site, so that users can watch all their videos in one centralized location. Note: these links need to be direct links to a video service like YouTube or Vimeo; the stream analyzer won't pick up an embedded video on Tumblr.

"That’s our whole thesis: you watch video because your friend tells you to," said Pacheco. "I don’t go to YouTube and hang out and surf for video. My friend sends me and then maybe I stick around. A lot of content consumption is socially driven."

Shelby users can then re-tweet links directly from the site (or share them elsewhere), which uses Shelby's URL shortener so that non-users who encounter the links will be pulled onto the site. Check it out here. Among testers, Shelby already noticed that people were spending 15 minutes per day on the site, with some users spending as much as half an hour to 45 minutes.

Why you’d use it: Do you really need a reason to procrastinate more efficiently? With Shelby, you won't miss that YouTube video of a cat riding a turtle just because it's buried in the depths of your social network.

"I’d sit down with a bowl of cereal and say, 'I know there’s video somewhere in my network, but where is it?" said Pacheco. "I'd log into Facebook and be digging through a thousand updates."

But Shelby's social channels, customized by content that your friends recommend, means that watching video online is nothing more complicated than going to one website.

In the future, Shelby could also include a learning component that will record and make use of your interests to create a better stream, noticing, for example, which friends' videos you skip, and which you always watch through. For now though, Shelby believes less is more.

"We want to do what’s right for the user experience," said Pacheco. "We really believe in simple, and doing less. We want to build the simplest possible solution because we think that’s gioing to win this space."

How to get it: While Shelby.tv is not yet open to the public, you can sign up to be an Alpha tester at the website. 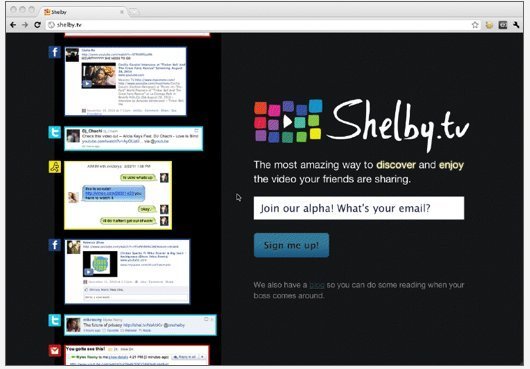 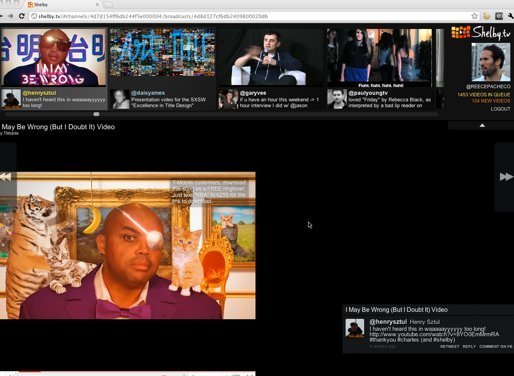 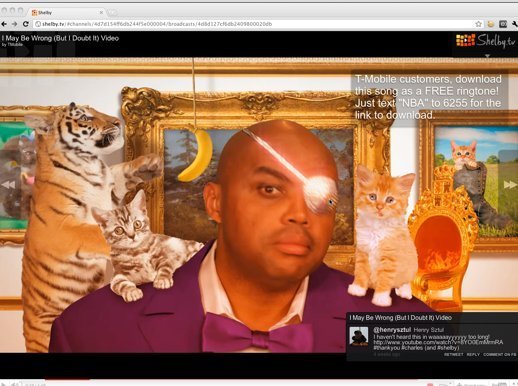 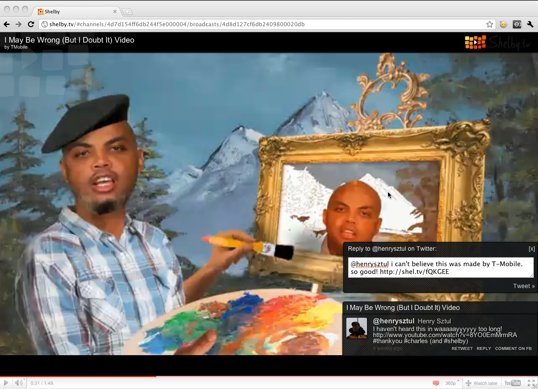