According to Shell's New Lens Scenarios, we're headed for a carbon-free future, where solar will be the dominant energy source by 2100. The report got almost universally upbeat press, praised in business and even environmental websites. Amory Lovins, Chief Scientist of the Rocky Mountain Institute, endorses Shell's study: "Shell is the most far-sighted and strategic of the majors, largely because the Scenarios informed the thinking of Shell leadership and many others in the energy ecosystem."

And Shell gets the highest social responsiblity rating from CSRHub of any big oil company.

But as study after study predicts, "carbon emissions will grow by roughly three percent a year... (exceeding the) 565-gigaton allowance in 16 years." We'll be facing Armageddon long before we've shifted from carbon-producing fuel to Shell's scenario. 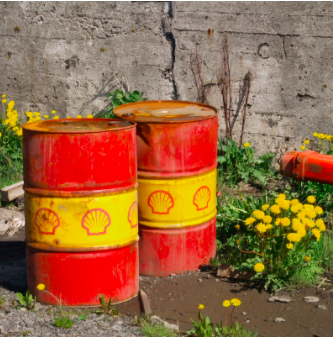 Up to now, I have been a huge admirer of Shell's scenario planning. I first heard about its brilliant insight that the Soviet Union would collapse -- information it kept secret while snapping up cheap Soviet oil leases. They also predicted the 1970s oil crisis and the end of apartheid. They have a lot of credibility because they use their scenario information to guide their strategy, no matter how crazy it may sound.

So how can Shell's prestigious forecasting group predict a carbon-free world when its strategy as articulated on its website is to "reinforce our position as a leader in the oil and gas industry" -- the direct opposite of what their scenario group is telling them is the future? When the company sold its solar business in 2006 to SolarWorld once they realized that solar business profits would never match the oil and gas business, had scenario planning really become that separated from corporate communications and the rest of the corporation?

Then there's the association problem. We all recognize the difference between short-term exigencies and long-term "unknown unknowns" as the study's lead Jeremy Bentham, VP Business Environment and Head of Shell Scenarios, calls it, quoting Donald Rumsfeld. It's the phrase he used when explaining the link between Baghdad and terrorist cells.

Is Shell suggesting that, like Rumsfeld, its people are smart enough to get away with a lie of monstrous proportions?

As a recovering capitalist, I tend to be overly cynical, especially when it comes to corporations using socially responsible research as promotion. But here, there is a case to be made.

Shell's scenarios promote natural gas to ease the transition from fossil fuels to solar and other renewables. Why? Forty-eight percent of Shell's current production is natural gas and the company is spending big to increase its dominance, especially in liquefied natural gas (LNG). In addition to owning the world's largest gas-to-liquids production plant, the $18 billion Pearl GTL in Qatar, Shell is investing in other liquefied natural gas projects:

What Denning, a financial journalist, doesn't say is what will happen when Shell and others release carbon emissions from another 1.5 trillion barrels of fossil fuel, even if it's from the cleaner-burning liquefied natural gas. Because once Shell figures out a way to mine that shale without violating EPA regulations, those reserves won't sit untapped for much longer.

Does a critical mass of outraged citizens qualify as a "major geopolitical shift"? Think of the Vietnam War. Or apartheid, a truly global protest. We may not be there yet, but as climate change impacts get worse, so will the outrage.