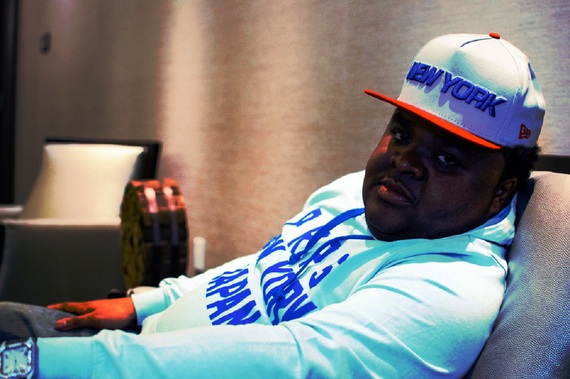 The pen is mightier than the sword is a popular quote that gets thrown around a bunch. Many do not understand what it means though. Through the power of the pen, Fred The Godson went from a childhood in shelters to achieving personal and financial freedom. He used a pen as his weapon of choice, and has done great things with it. Born and raised in the South Bronx, Fred came from an existence so tough it would be hard to describe. He changed all that with hip-hop though. A shy kid who used to look at rappers as superheroes, he changed his reality to being one of the biggest hip-hop artists to come out of New York. Recently I had a chance to sit down with Fred to talk about how he got to where he is now, and where he plans to go.

Fred grew up in abject poverty. As the eldest of six, he lived with his young brothers and sisters in Relo Shelter in the Bronx. At the time it seemed like the only thing he would ever know. He says that his introduction to hip-hop came from living in the hood because it was just part of the culture. And the radio was something that he did not need any expensive equipment to listen to. No matter how poor his family was they always had the radio, and the sound was just as crisp as anyone else's. It was also something he was into because it allowed him to escape his reality of living in poverty with his family. But he never thought it would turn into a career.

Growing up Fred never thought he would be a rapper. He started freestyling in school for fun. Being a prankster he would always sit in the cafeteria, and make fun of the clothes people were wearing. It was never anything serious, but it was something to pass the time during lunch. As it went on though, his classmates started to ask if he had any real music. Without realizing it he had developed a fan base. Fred always responded letting them know he was not a rapper though, and this was just something he did for fun. That did not stop people from asking though. Rappers were people he looked up to, and thought of as superheroes so he did not think he would be able to do it. He kept doing this for years without taking the craft too seriously just because it was fun.

Fred realized he could take rapping more seriously in high school when his peers started getting into hip-hop as well. He said,

"I was seeing crowds of people rap. And I would ask them if they rhyme, but then would remember that we were playing basketball together just last year. So when I saw they could do it, I said maybe I could too. I knew these kids. They were normal just like me. So I started practicing, but I would not spit rhymes in front of anybody. I was too shy." 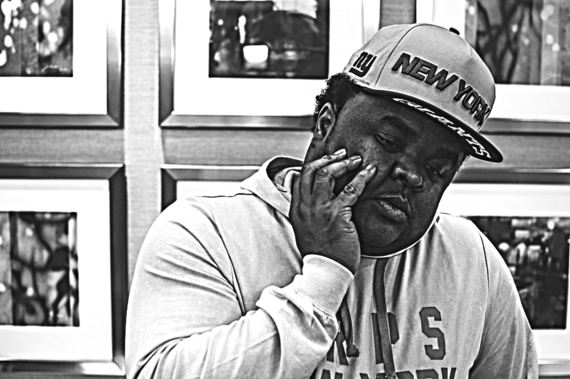 One day when he was a senior in high school he decided to ditch his shyness. He saw the best kid in his school rapping, and made the decision to go after him. Though he does not remember exactly what he said that day, he remembers the reaction his classmates had. Everyone around him started going crazy. They were running and screaming. From that day he knew it was over, and he had to keep doing it. Since then he has just been working as hard as he could.

In the years since he decided to start rapping Fred has compiled quite the resume. In 2011 he was on the XXL Freshman cover, one of the most prestigious places for a young artist to be. He has done songs with Diddy, Jadakiss, Raekwon, Pusha T, Juelz Santana, and a host of other popular artists. Most recently he was even featured on a song for LL Cool J's newest album that will release later this year.

Even though he is living well now he remembers the bad times. Every time he goes to buy food, or even something as simple as a t-shirt he reminds himself what it was like to be poor. Or what it was like to want a new pair of jeans growing up knowing he could no have them. He believes it is what allows him to work as hard as he does. Fred understands the chance life gave him through hip-hop. A chance that many people from his old neighborhood never received. To him everything is a celebration. He treats life with a more lighthearted approach because he has seen much worse.

A passion for hip-hop and the power of a pen brought Fred out a situation many never do. Individuals like him are the ones who inspire the rest of us to realize there is a light at the end of a tunnel. Fred The Godson is an example of The American Dream we all cherish so much. Each year of his life Fred has climbed, and seems like he will continue to do so. Now the only thing we need to wait for is how high he ascends.