Before moving to the California Gold Country, I had probably had Barbera wine two or three times. I enjoyed it, but aside from grabbing a bottle on sale at Whole Foods, I had no idea how to buy it or appreciate it.

These days I don't let out of town visitors leave without a trip to Shenandoah Valley in Plymouth for a taste of our local Barberas, which Wine Enthusiast calls California's "second true variety." First stop, and only stop if need be, is Cooper Vineyards on Shenandoah School Road. 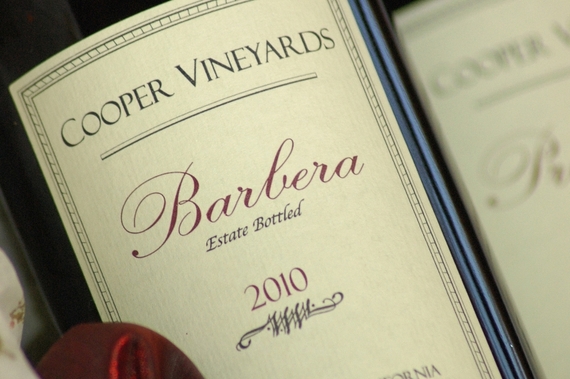 I doubt that anyone personifies the culture of the Shenandoah Valley more accurately than Dick Cooper, the man the rest of the California wine industry refers to as the "Godfather of Barberas". Last time I was in the tasting room, we exchanged a few words as he was walking through. In his 70s, he wore jeans, t-shirt and cowboy hat, and apologized if his voice was a little scratchy from the dust. He had just come in off the tractor.

The tasting room has something that just can't be achieved by an interior designer. It makes you feel like you've been invited into the family's home. All four daughters work in the winery. A granddaughter is pouring at the bar. The family is in and out, interested, happy to answer a question or offer a suggestion. I've always come away with the feeling that they are people I want to know.

Dick, an accomplished musician on the side, has been known to grab a few friends, a microphone and a couple of guitars, and provide some spontaneous entertainment in the tasting room. 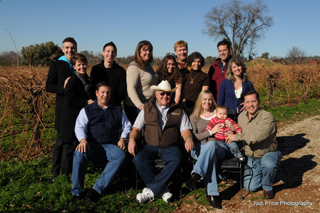 But in their veins, the Coopers are all about the soil, the sun and the grape. Having farmed the Shenandoah soil for five generations, they now grow 17 varietals, and provide grapes to more than 35 other wineries, including most of the recognizable names in the valley. As Barberas, along with Old Vine Zinfandels, have become the trademarks of the valley, the Cooper vineyards have set the standard for the quality of the grape.

The winery, helmed by winemaker Michael Roser, was launched about a decade ago. Driven more by reputation than marketing, the membership program and tasting room now sell 90% of the wines produced, often within six months of their release dates. The remaining 10% goes out through a retail operation consisting of 5 of the high end Nugget Markets in the Sacramento area and a few local grocery stores - just enough to save the people in the know a trip to Shenandoah Valley when they run out. Jeri, the Cooper daughter in charge of sales, has been known to stop by the stores to make sure the bottles are properly cared for.

The day is probably not far where Cooper memberships are wait listed. A good reason to put it on your "don't miss" list now.

In the Gold Country, Contributor

Mary Wald is the founder of TheCommunity.com, recent escapee from Los Angeles