As the next secretive flight of the U.S. Air Force's robotic X-37B mini-shuttle draws closer, analysts are keeping a close eye on China’s own potential space plane, the Shenlong.

Last year several Chinese media outlets reported a test flight of the Shenlong space plane that apparently included its airdrop from an H-6 bomber. But the nature of the Shenlong project's testing, as well as what the robot vehicle truly represents, remains sketchy.

Several China watchers in the U.S. have taken a stab at what the Shenlong (Mandarin for "Divine Dragon) might mean, with some experts conjecturing that the craft is simply a tit-for-tat response to the unmanned X-37B space plane. 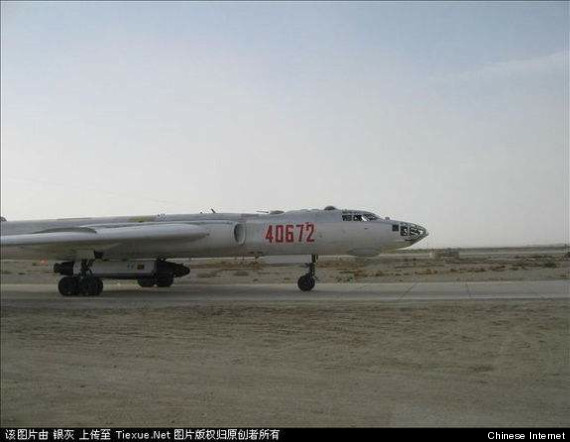 Challenge to the U.S.?

China is the third country, after Russia and the United States, to develop an independent human spaceflight program. It has made a series of incremental advances that culminated earlier this year in China's first manned space dockingat an orbital laboratory. The country has stated its goal of building a 60-ton space station for future missions.

"Shenlong is China’s effort to develop a re-entering aerodynamic spacecraft, similar to the space shuttle or the X-37B but much smaller than either," said Mark Gubrud, a postdoctoral research associate in the Program on Science and Global Security at Princeton University.

Gubrud told SPACE.com that if China space designers are successful in their Shenlong work, the country may attempt to develop a larger version. [Winged Spaceships: Space Plane Evolution (Infographic)]

"However, the economic rationale for the [NASA] shuttle was never realized, and it is not clear what advantages the X-37B offers the U.S. military over conventional upper stages, satellite buses and re-entry capsules," Gubrud said. The Air Force's robotic plane would appear to serve the U.S. primarily as a sign that American space power endures despite retirement of the NASA space shuttlefleet, he said.

"Appropriately enough, Shenlong may also be little more than a symbol of China’s ability to challenge U.S. assumptions of primacy and technological dominance," Gubrud said.

Keeping up with the (space) Joneses

Joan Johnson-Freese, a national security affairs professor at the U.S. Naval War College in Newport, R.I., said: "I don’t think it’s useful to hype the potential threat of technology test-bed programs. Countries including but not limited to China and the U.S. are working on space plane technology."

Johnson-Freese said programmatic interest in such technology dates back to the Air Force DynaSoar program in the 1950s. "But that program was canceled for several reasons, including nobody knew what exactly it would be useful for that couldn’t be done by other means … though it has been suggested recently that it would provide additional 'global strike' capability," she added.

When Russia pursued its own shuttle, the Buran, Johnson-Freese said a cosmonaut friend told her it was for the sake of "keeping up with the Joneses." "If countries see the U.S. working on a space plane," she said, "they will feel compelled to do so, also." [X-37B Space Plane: Photos of the U.S. Military's Mini-Shuttle]

Johnson-Freese said she is concerned about the action/reaction spiral in technology development, fueled sometimes by sensationalist speculation. "The technology itself, if developed and operationalized — and the hard evidence right now on that is scarce — could be destabilizing as it pushes countries to act faster in fear of potential threats," she concluded.

Other China space program watchdogs are mindful of the military origins of the country's space efforts.

"It seems to be a focus, and it likely builds upon a bureaucratic element that had proposed a space shuttle/space plane approach to manned space that was trumped by the Shenzhou space capsule design," said Dean Cheng, a research fellow at the Heritage Foundation’s Asian Studies Center in Washington.

Cheng said numerous scientific conferences held in China during 1988-92 saw debate about what the manned space program vehicle should look like.

"Given regular People’s Liberation Army writings about the importance of space-to-ground military operations in the future, something like an X-43 [an unmanned experimental hypersonic aircraft] or X-37B would also have appeal, as a likely pathway for military purposes," Cheng said. 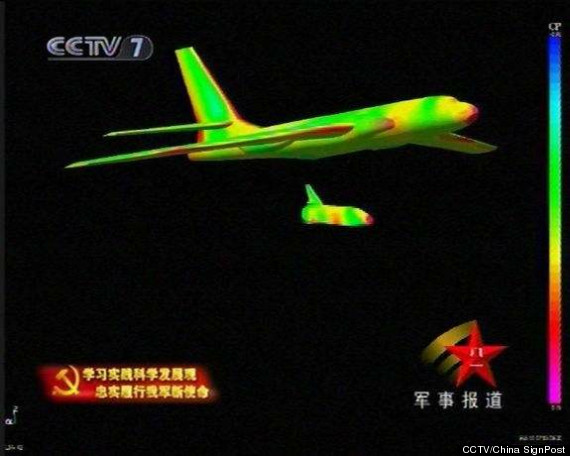 Erickson is an associate professor in the Strategic Research Department at the U.S. Naval War College and an associate in research at Harvard University’s John King Fairbank Center for Chinese Studies. Collins is a student at the University of Michigan Law School whose research includes a focus on commodity, security, and rule-of-law issues in China. Their co-authored posting was titled "Spaceplane Development Becomes a New Dimension of Emerging U.S.-China Space Competition."

"Beijing may be entering the space plane era faster than many would have predicted," Erickson and Collins wrote.

As for the Shenlong test flight, they said: "To be sure, much remains uncertain about the nature of such a 'test,' most likely a glide/aerodynamic test from an H-6 bomber. Shenlong is very likely far less capable than the X-37B and may still be years away from yielding a vehicle with true operational capability."

Erickson and Collins also wrote that, depending on its precise nature, Shenlong’s reported test may turn out to be part of a larger trend: a shrinking time gap between when the U.S. discloses a prototype military system and when China publicly shows a system similar in type —if not equal in capabilities or immediately operational.

The bottom line, the two researchers said, is that foreign policymakers need to take China’s ambitions in space seriously.

"Beijing’s development of space plane programs is broad-based, and their trajectory will represent a key barometer of its civil and military space intentions."