People with a poor aim are to be fined if they miss their mark when using public toilets in a Chinese city, officials said -- provoking online derision over how the rule will be enforced.

The penalty will apply to those who urinate outside the bowl of facilities in Shenzhen, the southern boom town neighbouring Hong Kong, although draft regulations seen by AFP did not specify a minimum quantity of spillage required to be classed as a violation.

"Such uncouth use of a public toilet will be fined 100 yuan ($16) by authorities" from next month, a city government official told AFP on Tuesday.

Users of China's rumbustious weibo social networks poured scorn on the measures, raising the prospect of hordes of toilet inspectors being deployed to inspect performance.

"A number of new civil servant positions will be created. There will be a supervisor behind every urinating person to see whether the pee is straight," wrote one poster.

Another added: "Very good measures. I expect they can create 20 jobs on average for every public toilet."

Officials with the department responsible for details of the rules could not immediately be reached for comment by AFP on Tuesday.

The measures have also provoked more considered debate, with one user arguing: "It's better to have no rule than a rule that cannot be implemented."

The Beijing Times carried a commentary calling into question the necessity of making a law on something that "can be simply guided by social consensus".

"The law should maintain the most basic restraint about the people's private life," wrote Shu Li, a legal worker.

Chinese toilet discipline can be notoriously wayward, with pictures of people defecating in public sometimes appearing on weibo. 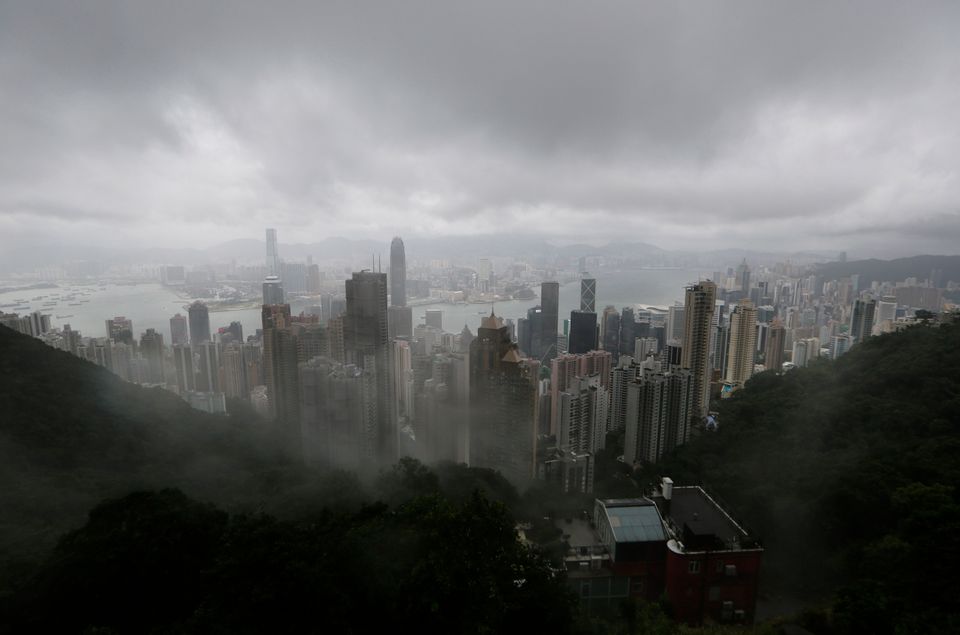 1 / 10
Clouds hang low over Hong Kong, seen from the Victoria Peak, on Tuesday, Aug. 13, 2013 as Typhoon Utor intensified slightly as it moved towards the western coast of Guangdong. (AP Photo/Kin Cheung, File)
AP