Last week we reported on Shepard Fairey's tribute to Beastie Boys' Adam Yauch; this week the street art icon is going from hip-hop to folk rock. Fairey has created a painting for each track of Neil Young & Crazy Horse's new album, titled "Americana."

With Crazy Horse backing him, Young teases out the hidden emotion in America's classics. The album contains covers of iconic songs like "Oh, Susanna" and "This Land Is Your Land." The folk legend enlisted Fairey to bring a visual element to his musical stories; they also teamed up to create a 40-minute silent film to accompany the album.

Shepard's 11 works -- one for each song -- are made in his signature pop-patriotism aesthetic using stencil, collage and screen printing techniques. This isn't the first time Fairey has paid tribute to Young's work, however. In 2010, the artist painted the songwriter's portrait for the 2010 project "May Day," a collection depicting Fairey's cultural heroes and left-wing pioneers. The two artists overlap politically and artistically, sharing a respect for America's past and a hope for its future, which is evident in the images below. 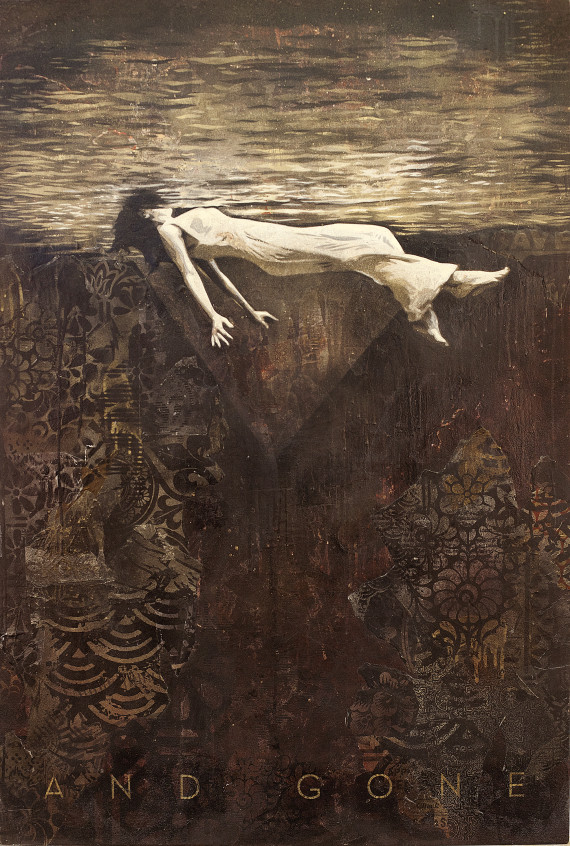 The images were shown for a private preview on June 2 at Perry Rubenstein Gallery in Los Angeles. The exhibition will be available to the public from June 28 to July 14. 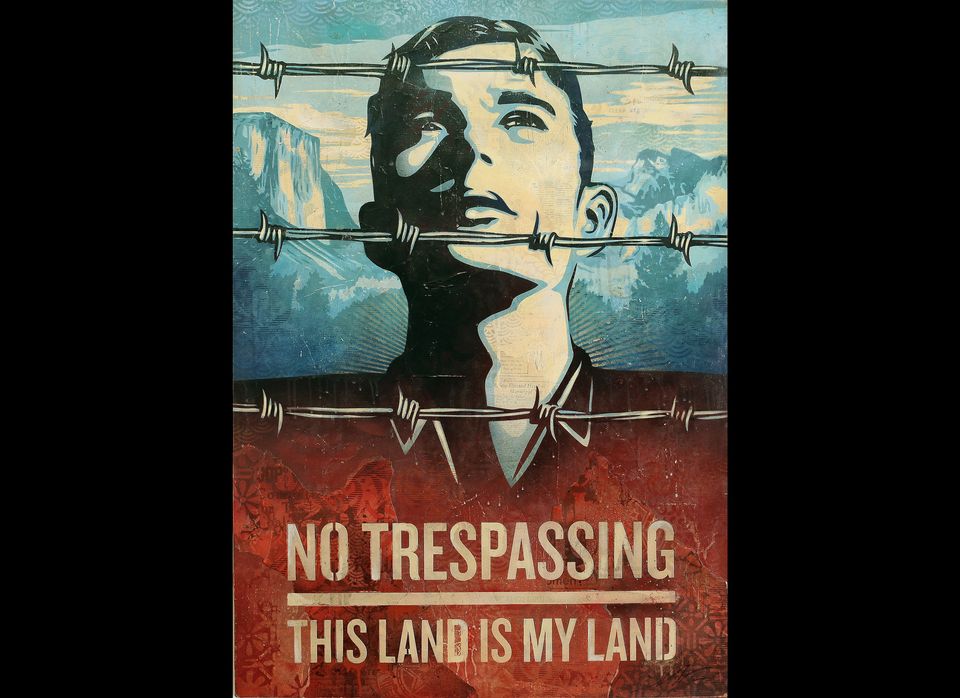