Known for the "HOPE" posters he created during President Barack Obama's 2008 presidential campaign, Fairey pleaded guilty in February to charges of criminal contempt, and admitted to destroying and fabricating evidence related to a civil lawsuit with the Associated Press. That lawsuit, which revolved around whether or not Fairey’s infamous poster based on an AP image violated copyright laws, was settled out of court in 2011.

In court on Friday, federal prosecutor Daniel Levy recommended prison time before the artist's sentencing. "Some deprivation of liberty is necessary," he said. "Anything else sends a terrible message to the world."

Fairey's defense lawyer argued against the recommendation, describing his client as a self-made artist who admitted his misconduct immediately. He emphasized that Fairey suffers from Type I diabetes and, if incarcerated, would not receive adequate care for his condition.

Fairey faced a maximum prison term of six months, however Judge Frank Maas sentenced the artist to probation and 300 hours of community service. He cited Fairey's history of charitable work and the letters of support submitted by friends and family of the artist.

Commenting on the public response to Fairey's case, Maas remarked that "public disgrace" will likely be the artist's greatest consequence, stating that he had never seen the press take such an interest in a civil case.

Fairey is not the first artist to have been involved in a high-profile copyright case, though the criminal charges brought against him were unprecedented. Years ago, Jeff Koons was taken to court by a professional photographer, Art Rogers, after the American artist used one of Roger’s images as the model for his 1988 sculpture, “String of Puppies.” Koons argued that the use of the image fell under fair use stipulations, but a court rejected this claim, requiring Koons to pay a settlement fee as well as ship one unsold sculpture to Rogers. Recently, Richard Prince was accused of inappropriately borrowing an image from photographer Patrick Cariou in 2011, further emphasizing the slippery slope of what is and isn’t acceptable reappropriation. During the trial, the prosecuting attorney asked Prince, "There's something about appropriating images from other people that helps you make a work of art that's more believable, is that right? Prince said: "I guess you can say that, yes."

And who can forget Elizabeth Peyton, an artist who has relied on magazine clippings and other photographs for her work?

So was the DOJ too harsh on Fairey, or do you think his case was an exception? 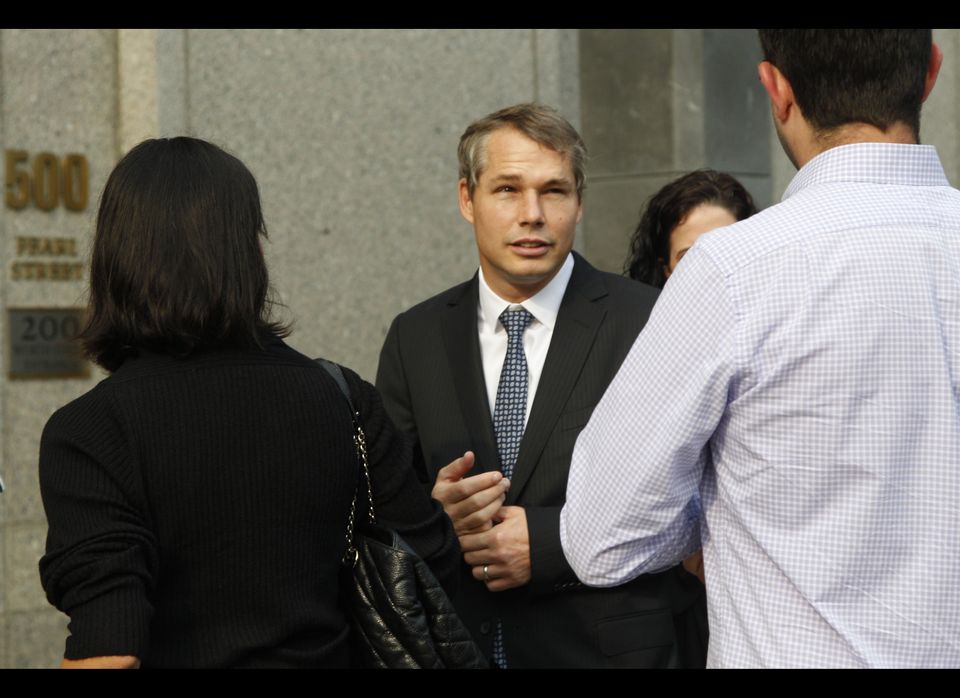 1 / 7
Shepard Fairey
Shepard Fairey, center, arrives at Manhattan Federal court, Friday, Sept. 7, 2012 in New York. The artist who created the "HOPE" poster that came to symbolize Barack Obama's 2008 presidential campaign will be sentenced Friday, with prosecutors seeking a prison sentence for his criminal contempt conviction and his lawyers arguing that he should face no prison time for the misdemeanor charge. (AP Photo/Mary Altaffer)
AP