A Texas foster mother has been accused of murdering a 2-year-old girl placed in her care.

Sherill Small called 911 the evening of July 29 and reported that the child, Alexandria Hill, had stopped breathing. The girl was taken to a Rockdale area hospital, where she remained in a coma until she was taken off life support Wednesday.

Rockdale Police Chief Thomas Harris told KWTX that Small tried to hide what caused the girl's injuries, but the truth soon came out.

Doctors said she had brain hemorrhaging and retinal hemorrhaging in both eyes. Small later told police that she has shaken the girl and accidentally let her go. She was arrested on Aug. 1. 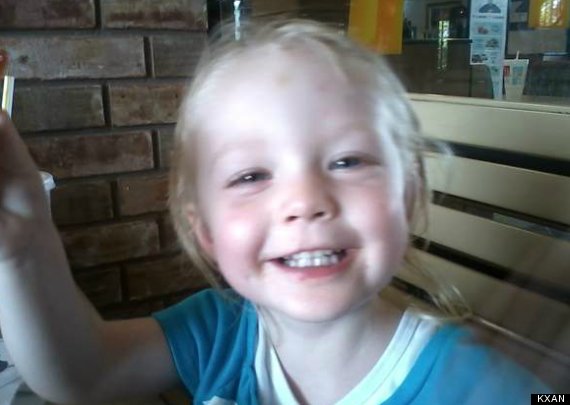 The victim's father, Joshua Hill, told KXAN that his daughter was placed in foster care "because her mother and I smoked pot at the time." An examination of court records by the station revealed that the girl's mother had a medical condition that did not allow her to be left alone with the child.

In a separate interview with KVUE, Hill said he and his wife only used marijuana while their daughter was asleep, and that she never came to harm while in their care.

“We never hurt our daughter. She was never sick, she was never in the hospital, and she never had any issues until she went into state care,” Hill told the station.

Hill said that his daughter moved in with Small after he and his wife complained that a previous home wasn't safe.

"She would come to visitation with bruises on her, and mold and mildew in her bag," Hill said.

According to the Texas Department of Family and Protective Services, Small was a licensed foster parent through the foster care agency Texas Mentor, and gained custody of the girl in January. As part of her licensing, Small was required to undergo training through Texas Mentor.

TDFPS spokeswoman told KXAN that Small's foster care record included "one allegation of a previous foster child in her care that had bruising and lead poisoning, but no deficiencies were found."