Archetypes are useful but risky storytelling tools. Used poorly, they oversimplify, silence nuance, and induce cliches, but used well, they can leverage existing social and cultural forces to powerful effect, potentially critiquing those very same forces. Furthermore, enduring archetypes reveal aspects of culture both good and bad. What we like tells us a lot about who we are. Since his invention by Edgar Allen Poe in three short stories featuring C. Auguste Dupin, the "brilliant detective who is also a total jerk" archetype has become a fixture in our culture, most popularly and powerfully through the interpretations of Sherlock Holmes, a fixture that reveals some of the bad and some of the good in our society.

First, the bad. The "high functioning sociopath" oozes white male privilege. What would happen if an African-American detective walked into a crime scene and talked to the police officers the way Holmes does? There are a few answers to this question (though, "He'd get arrested" and "He'd get shot" are probably the most likely) but he certainly wouldn't be given the benefit of the doubt, or be allowed to flaunt regulations, and he certainly wouldn't be deferred to. How long would an African-American detective broadcasting arrogance and casual disregard keep his job in Louisiana? Certainly not as long as Rust Cohle. The Sherlockian character can only exist, in part, because of the inherent deference our culture still gives to white men, no matter how they behave. White men, in general, can get away with being jerks, so, obviously, white men who are also geniuses who solve crimes, would get an even greater pass for bad behavior.

And then there's the "male" part of the privilege. An assumption of "emotional-ness" still smothers female characters (and authors) with enough influence that I doubt anyone would read a book or "We love it when Sherlock is cruel. Or at least we are entertained by his cruelty, his arrogance, his casual disregard for society, for authority, for, really, anything that doesn't come from his own brain."watch a show featuring a woman acting like Holmes. The closest I've seen to a female version of this archetype is Temperance Brennan from Kathy Reich's "Bones" series, but even though she has the genius for detail, the brilliance of deduction, and the logically dictated disconnect from the emotions of society, she at least tries to be decent human being. She participates in the game of decency. She doesn't use her logic and brilliance maliciously. She isn't intentionally cruel.

And yet, we love it when Sherlock is cruel. Or at least we are entertained by his cruelty, his arrogance, his casual disregard for society, for authority, for, really, anything that doesn't come from his own brain. There is something about the "genius who is an asshole" that is persistently entertaining.

A part of is is our relationship to confidence, another part in how we interact with "geniuses" or "great men," but the most interesting, to me, anyway, aspect of the appeal of the character is much more visceral and much more mundane. We've all been in line behind someone at the coffee shop who just can't make up his mind, and we've all wanted to tell said person exactly how useless they must be as a human being. We've all had bosses and managers with the professional intelligence of a slime mold, whose incomprehensible decisions and directives make our working days hellish and wanted to tell them the exact receptacle into which their latest productivity policy should be shoved. The jerk taking up three seats on the subway, or stopped in the absolute middle of the sidewalk looking up at the buildings, or has their cell phone on speaker phone in a public place for some goddamn reason. Through the Sherlock Holmes character, we vicariously say all the cruel, malicious, arrogant, and dismissive things we long to say to frustrating strangers, bosses, and friends.

The thing is, you're still pretty likely to get away with saying the things Holmes does. Most of the "Through the Sherlock Holmes character, we vicariously say all the cruel, malicious, arrogant, and dismissive things we long to say to frustrating strangers, bosses, and friends"time, if you call the guy ahead of you in line a jerk or an idiot, nothing tangibly and immediately bad is going to happen to you. That guy is most likely not going to punch you in the face even though he might want to. You're probably not going to get arrested or shot.

Even as we wish to be Sherlock Holmes in isolated moments in our lives, we appreciate the social conventions that ensure he is an aberration. We fundamentally value the emotional connection to other people, even bosses and strangers, that is facilitated by keeping some of that rage inside. Yes, every now and then (maybe every day, depending on your commute) we wish for the ability to tell someone how awful we think they are, but we are also grateful for a society in which we can reasonably expect to get through most days without someone telling us they think we're awful. Through the Sherlockian archetype we can have our cake and eat it too, experiencing the freedom of social disregard while living in a world of social regard.

Archetypes are oversimplifications, images and myths devoid of the nuances of reality, but they still speak to fundamental aspects of our culture and their successful use in a work of art depends entirely on how the artist uses their oversimplifications. For all his flaws, and for all the flaws he reveals in our culture, ultimately, Sherlock Holmes and all the jerk detectives in his lineage, demonstrate just how much we appreciate the illogical and utterly meaningless social conventions that get us from the start of our day to the end of it with a relative minimum of emotional and social anguish. He allows us to vicariously enjoy his callous freedom, while appreciating the conventions that almost guarantee we never have to deal with someone like that in real life.

Josh Cook is the author of An Exaggerated Murder (Melville House).

What The Sherlock Archetype Teaches Us About Ourselves
Great Fictional Detectives 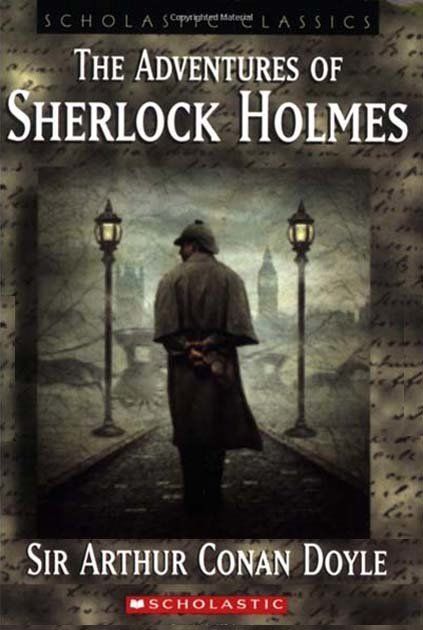 1 / 12
Sherlock Holmes
Although the modern detective story begins with Edgar Allen Poe’s sleuth Auguste Dupin in his ‘Murders in the Rue Morgue,’ the real architect of the genre was Arthur Conan Doyle, who created most of its components. His Sherlock pioneered forensic investigation and in Doctor Watson gave us the first of the buddies. He invented the classic English country house murder, the first wilderness detective yarn with ‘The Hound of the Baskervilles’ and the first exotic locations in back story from the Mormons in Utah (‘A Study in Scarlet’) to the Anderman prison islands (‘The Sign of Four’) and the Australian gold fields. He gave us the first sleuth going undercover in his inquiries, the first spy story (‘The Naval Treaty’), the first <em>femme fatale</em> (‘A Scandal in Bohemia’) the first private detective and the first official cop blundering along behind. Thanks heavens Inspector Lestrade never booked him for cocaine possession.