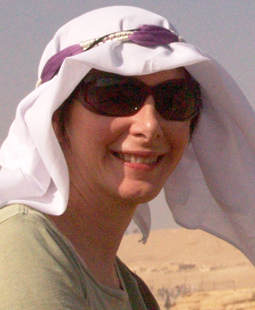 Like any good French tale, this one is steeped in irony. About a dozen women who think that shrouding themselves from head to toe is required by Islam -- it isn't -- defied the new French ban on burqas and niqab Monday by wearing them in public protests, and got themselves arrested for disturbing the peace. For them, they say, wearing the garments is a matter of religious freedom.But nothing in the Qur'an requires women to render themselves "prisoners behind a screen," as French President Nicolas Sarkozy rightfully put it. The Muslim holy book admonishes modesty in dress and behavior in men and women. According to the Morroccan scholar Fatima Mernissi, the Prophet Muhammad required only his wives to cover their faces when they went out in public, and for a specific reason: To avoid sexual harassment from his enemies. He could have commanded all women to cover themselves, but he did not.So why do women wear the veil? The answer is simple. Hegemony. Patriarchal Muslim culture tells women that they should hide themselves from the eyes of men, and women buy into the notion. It's as misguided as the wearing of high-heeled shoes, or, in China, foot-binding (banned in 1912), both of which hinder movement and are bad for the feet, but which were, and are, embraced and perpetuated by women. 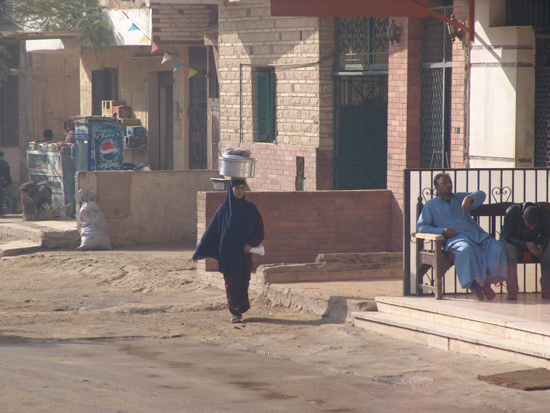 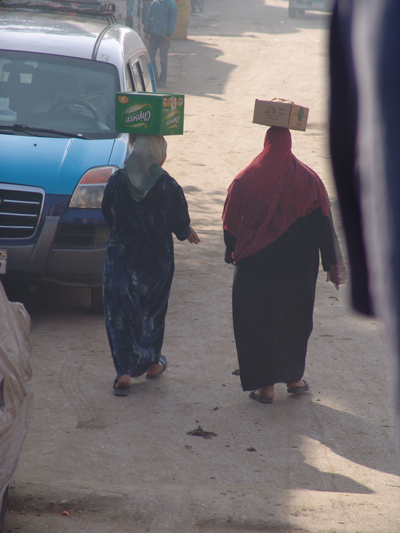 Men invented veiling, not God. In Egypt, where I went recently to research my new novel, many women wear a headscarf, or hijab, with skin-tight jeans. "They think if they don't wear the hijab, then no man will marry them," a woman told me. At least they have a choice, you might say. But is it really a choice?Wearing the niqab, which has only a slit for the eyes, or a burqa, which covers the eyes with a mesh screen, renders women invisible, isolating them from the world around them, preventing them from fully participating in society. The garments also restrict women's movement. My Saudi friend tells of being forced to "cover" herself as a girl of nine or ten. No longer able to run and play, "I felt like a fly trapped in a glass," she said. Veiling didn't even begin with Islam. In the early Byzantine Empire, aristocratic -- Christian -- men veiled their wives to hide them from other men, in effort to ensure the paternity of their children. And there you have the real reason for veiling: men's insecurity.

The myth of the sexually voracious female is older than the book of Genesis -- what was Eve doing with that serpent, anyway? -- and perpetuated, ironically, by the likes of psychologist Jacques Lacan, a Frenchman, who described women's sexuality as "insatiable." This kind of talk enables men to blame women for their own lack of sexual self-control and to shirk responsibility for sexually satisfying their wives. Locking women away is a lot less work.

And then there is the power question. History has shown that the way to disempower a group is to hide its members away, be it in ghettos, in internment "camps," in prisons, or in burqas. In cultures where women must wear the veil, they are denied full participation in public life.As a feminist, I am shocked to hear women endorse the "right" to wear the veil. I was not surprised by the report of a Muslim businessman in France encouraging women to exercise this "right" and offering to pay the penalties for those who are arrested. "The street is the universal home of freedom and nobody should challenge that so long as these woman are not impinging on anyone else's freedom," he said.But what about their own freedom? Being told that burqas and niqab are pleasing to God deprives women of the truth, and of making informed choices. Religious arguments aside, however, there are practical reasons for banning the burqa. An Egyptian friend -- a devout Muslim who does not wear hijab -- told how, after an accident, she was treated in the hospital's emergency room. Because she was a woman, she was assigned a woman doctor -- who wore the niqab.The experience haunted her for months. "I couldn't bond with her," she said. "I couldn't see her face."

Sherry Jones is the author of the internationally best-selling The Jewel of Medina and The Sword of Medina, novels about the youngest wife of the Prophet Muhammad, and the forthcoming Four Sisters, All Queens, to be published in by Simon & Schuster in 2012. Read her blog on Red Room.