A new female crusader for human rights in Pakistan may have just emerged -- with a price on her head.

Sherry Rehman, the Pakistani Ambassador to the United States, is under investigation by Pakistani police for allegedly blasphemous remarks she made more than two years ago on a Pakistani talk show, Agence France-Press reports. If convicted, Rehman could be sentenced to death.

A senior police official confirmed to AFP on Tuesday that authorities had begun investigating Rehman on orders from the Pakistani Supreme Court.

According to CBS, the case is a response to a 31-year-old Pakistani businessman's complaint to authorities, in which he singled out Rehman for remarks she made during a Nov. 30, 2010, appearance on Dunya TV news program “Dunya Meray Aagay.”

Rehman's contentious statements were made during a discussion about Aasia Bibi, an impoverished Pakistani Christian woman who had been sentenced to death a few weeks earlier for allegedly insulting the Prophet Muhammed.

In Pakistan, anyone who insults the Prophet (even indirectly or implicitly) can be given a death sentence or life imprisonment. Recently, a 14-year-old girl named Rimsha Masih was arrested and jailed for allegedly burning pages from the Quran. She was later freed after a Muslim cleric was accused of framing her.

Over 1,200 people have been charged with blasphemy in Pakistan since the harsh law was enacted in 1986, according to English-language Pakistani newspaper Dawn. Critics of the measure say the law is often used to persecute religious minorities or settle personal vendettas.

While there have been no verified reports of anyone being officially executed, angry lynch mobs have reportedly bypassed the judicial system and carried out the executions themselves.

The Guardian notes that when influential Pakistani politician Salman Taseer was assassinated by his own bodyguard in 2011, the security guard was said to have told police he killed Taseer for advocating against the country's blasphemy laws.

Rehman, who was appointed Ambassador to the U.S. in November 2011, has campaigned against Pakistan's blasphemy laws herself. She received death threats in 2010 after drafting a bill to abolish the death penalty for blasphemy, DNA India reports. Rehman was later pressured by her own party to drop the bill.

Sherry Rehman, Pakistani Ambassador To The U.S., To Be Investigated For Blasphemy
Unrest in Pakistan 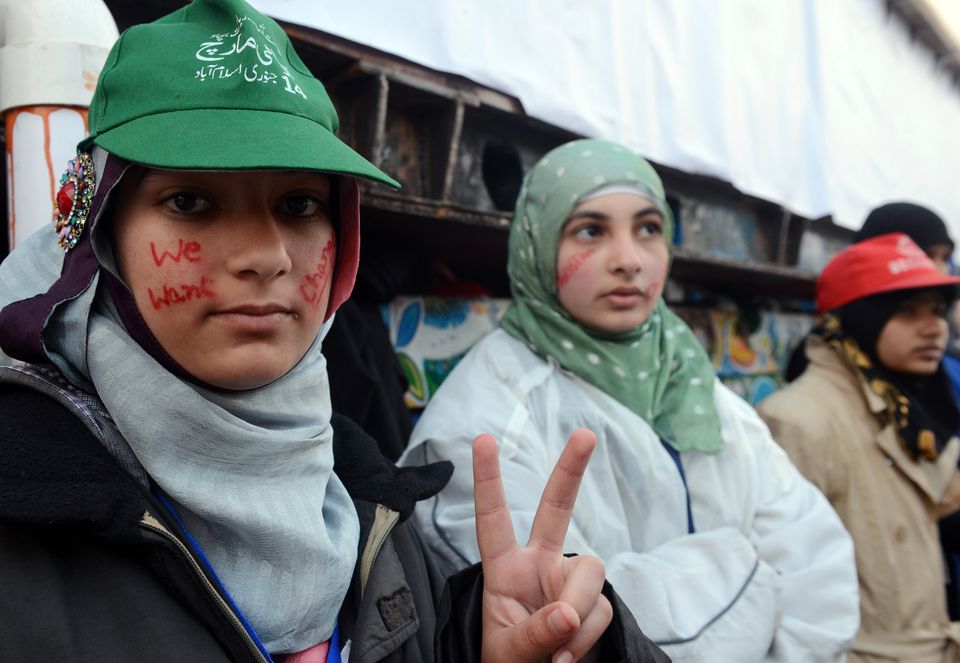 1 / 26
A supporter of Pakistani cleric Tahir-ul Qadri poses with a victory sign at a protest rally in Islamabad on January 17, 2013. Pakistani ministers held talks with a cleric leading a mass protest in Islamabad in an attempt to avert a political crisis and end a demonstration that has heaped pressure on the fragile government. (ASIF HASSAN/AFP/Getty Images)
ASIF HASSAN/AFP/Getty Images