Sheryl Crow thought that she would be the last person to be diagnosed with breast cancer. But in 2006, a routine mammogram revealed otherwise. "Anyone who has ever faced down a life-threatening illness will tell you that your life didn't look or feel the same after that," says Crow who was diagnosed with stage one breast cancer. "Even though I knew I was going to live, it stopped me in my tracks."

The diagnosis inspired her to rethink her life on many levels. "The cancer dictated that I look at my life and redefine how I was living, the way I was putting everyone before me, constantly trying to make people happy," she shares. "There was a really big lesson in that."

Crow's breast cancer also made her a fierce advocate for early detection, encouraging women to have mammograms at 40. She partnered with Hologic which created the Genius 3D Mammography exam which can detect cancer 15 months earlier. "There are so many good advancements going to be made in the world of breast cancer," explains Crow.

This October, to celebrate Breast Cancer Awareness month and Crow's10th anniversary being cancer free, the nine-time Grammy winner is teaming up with eBay For Charity to auction off more than 100 fashionable items from her closet. 100% of the proceeds go towards Stand Up To Cancer. "It's a fantastic organization which raises a lot of money for research and pools a lot of information through different doctors all over the world," she shares. "Plus it's and a great way to clean out my closet and get rid of stuff."

Crow shared more about her life and passions with Forbes.com. Click here to read the full story. 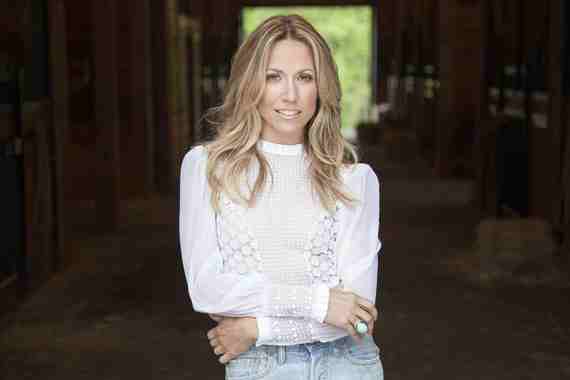