Sheryl Sandberg, chief operating officer of Facebook, sat down with Arianna on HuffPost Live at Davos, where she addressed the issues women continue face in the workplace.

"Even with all the progress we've made, it's still hard to speak in a professional setting as a woman," Sandberg said. 'Women face real barriers."

Sandberg referenced a piece she wrote after a December 2014 press conference, when President Barack Obama only called on women and made headlines. She challenged employers to lead "Obama-style" by calling on more women in the workplace. 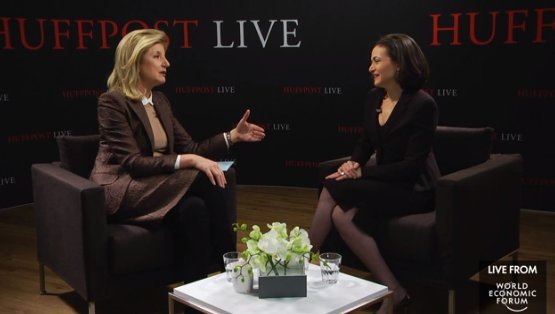 Sandberg said it's an issue that women do more work than men, both at home and in the workplace. She said men and women need to equally split "office housework" -- tasks like note-taking that women are often expected to complete without appreciation.

"Women do more everywhere they are," Sandberg said.

Below, live updates from the 2015 Davos Annual Meeting: