Facebook chief operating officer Sheryl Sandberg has been appointed to Facebook's seven-person board of directors, making her the first and only woman to join the board.

Sandberg has served as COO of Facebook since joining the company in 2008 and, as head of all business operations, has helped oversee its growth and shepherd the company to its public offering earlier this year. Sandberg's appointment follows growing outcry over the company's all-male board.

"Sheryl has been my partner in running Facebook and has been central to our growth and success over the years," Facebook CEO Mark Zuckerberg said in a press release. "Her understanding of our mission and long-term opportunity, and her experience both at Facebook and on public company boards makes her a natural fit for our board."

In an 2011 interview, Zuckerberg noted he was grateful to Sandberg for "handl[ing] things I don’t want to," such as human resources, marketing, and other management tasks.

Sandberg has been an outspoken advocate for women in the workplace, encouraging women in TED talks, commencement addresses and internal Facebook events to "lean in" to their careers and demand a "seat at the table."

Yet Sandberg, until Monday, was denied a seat on Facebook's board. When pressed by New Yorker writer Ken Auletta to explain the lack of women on Facebook's all-male board, Zuckerberg noted his company has a "very small board," adding, "I’m going to find people who are helpful, and I don’t particularly care what gender they are or what company they are. I’m not filling the board with check boxes.”

The company's decision to add an eighth member, Sandberg, comes after months of criticism by investors and women's advocacy groups over the lack of diversity among Facebook's directors.

More than 53,000 people signed an online petition asking Facebook to add a woman to its board, and in March, protestors descended on Facebook's New York City headquarters to decry the dearth of female board members. Earlier this year, the director of corporate governance for the California State Teachers Retirement System, a Facebook shareholder and the second largest pension fund in the U.S., wrote a letter to Facebook ahead of its IPO encouraging the company to add a woman to its board. 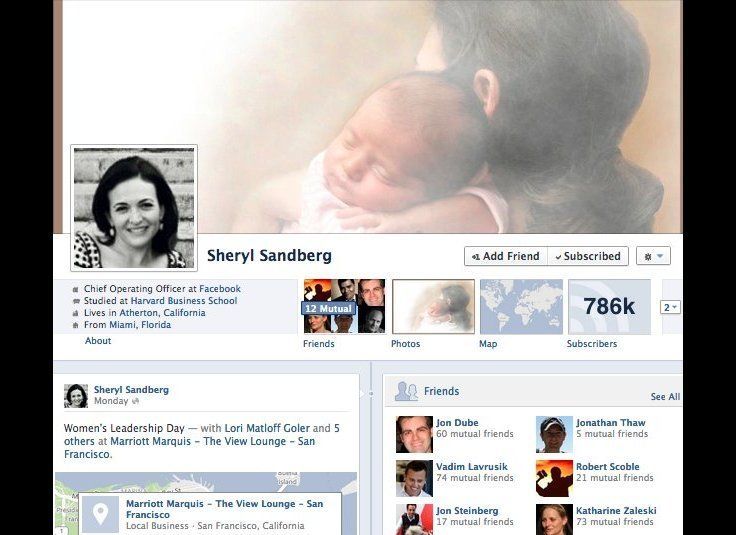