Sheryl Sandberg says anyone who questions whether men really make more than women simply isn't paying attention to the facts.

During an interview with HuffPost Live that aired Wednesday, Sandberg vehemently disagreed with a recent Wall Street Journal op-ed that argued evidence of a "widespread" gender pay gap are "fundamentally misleading."

"It's indisputable that there's a real pay gap. People can argue about how big, but that's almost besides the point," she told HuffPost Live's Caroline Modarressy-Tehrani. "The point is that every woman, every girl deserves to get paid what they're worth."

Sandberg acknowledged that a commonly cited statistic -- that women only make 77 percent what men make -- isn't so drastic in certain occupations, nor once differences in hours and years worked are taken into account. Nevertheless, she argued, the gap is still inarguably real.

"Even if you take all of that out [of the equation], you still have a pay gap of about 91 cents to the dollar," Sandberg said. "Thirty percent of the children in this country are being raised by single parents. The overwhelming majority of those are single mothers. Those mothers deserve to get paid the same for the same jobs."

See the full HuffPost Live conversation with Sheryl Sandberg below. 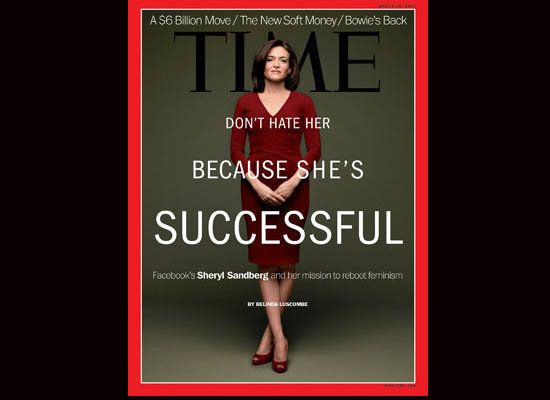