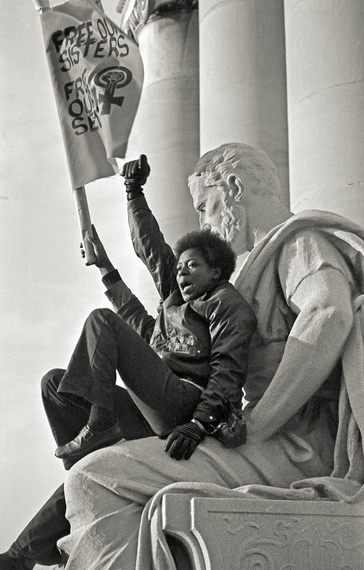 This is not a critical review, it's a spontaneous reaction of sheer astonishment and delight. I am surely not the only one who has waited forever to see a documentary of the beginning feminist movement that hits the target, letting you relive the beginning era moment by thrilling moment. I have been there, although in Paris, not in the States, conscious that much of the great impulses came from American women, firing up the rest of the world.

Now the long wait is over. Filmmaker Mary Dore has done a small miracle of packaging the events of the first five years into a dense, suspenseful and often hilarious ride of "women becoming" that never loses its focus and intense narration.

If you think of documentaries about social movements or revolutions you know how hard a task it is to keep the millions of stories, anecdotes and details moving forward and not get slowed down and bogged down by the indispensable talking heads and the clutter of facts.

Dore clearly knows the territory and her heart and intelligence are palpable in the film. The talking heads she chose are the makers and shakers of these early years when the first sparks of a women's revolt flew against "patriarchy," the stifling and oppressive "Father Knows Best" era of the fifties and sixties. Many of these activists -- white women and women of color -- thankfully are still alive. To name a few: Denise Oliver, Linda Burnham, Carol Giardina, Eleanor Holmes Norton, Kate Millett, Ruth Rosen, Susan Griffin, Susan Brownmiller, Rita Mae Brown, Karla Jay and their fiery sisters are commenting on the events that rocked the boat. It's beautiful to see their young angry faces and their wise faces today.

Whether you've been there and lived the moment or not, this feminist A la recherche du temps perdu makes one feel what it was like. At first just a few handfuls of women protesting their low salaries, questioning their rights as human beings, wondering who owned their bodes - and almost over night, millions of women took to the streets. It's astonishing now, looking back, to realize how brilliantly organized these women were, partly trained in the political left-wing movements and partly simply driven by the maxim, "The personal is political!" -- propelled by a passionate and sacred urgency for justice and liberation.

The uncanny knack of the early feminists for publicity stunts gives the film its particular spice and triumph: secretly dragging a huge banner up the Statue of Liberty and unfurling it before the eyes of the world, was only the first act of daring to get attention. The banner said: "Women of the world, unite!" 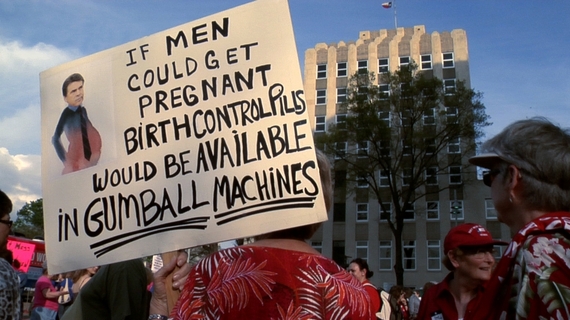 In Paris, the first inspired action of this kind used the monument of the Arc de Triomphe: women (with the press in attendance!) deposited a wreath "for the unknown wife" of the "Unknown Soldier" in his tomb. Similarly, the cocky action of interrupting a Miss America Pageant led women everywhere to burn their corsets and girdles and bras with glee -- and shock the establishment to the point that even today feminism is equated with bra burning. You can just imagine how scary such a vision of bra-less harpies must have been for the men of the establishment and their good, girdled wives! Women let loose, women taking power -- millions of angry women! Society has no perception today of the joy and exhilaration, the immense humor of breaking free that women experienced back then, and no idea what sisterhood meant when it was first discovered.

This absence, however, does not diminish the powerful film. Major demands of the movement, like free abortion, have become a reality (although in the endless battle of the sexes a constantly endangered reality). Other demands are still light-years ahead, like equal pay for equal work or a salary for stay-at-home parents. Daycare for all children had already been adopted by Congress (how many people remember this extraordinary fact today?), but Nixon vetoed the new law. Feminist achievements for women have been huge, this film reminds us, and no matter that the backlash that followed has been huge as well, the benefits for both women and men seem indelible today. What comes across most poignantly, in my view, is the reminder that rightful anger can move mountains and, as Ruth Rosen reminds us, that laws need to be broken so that better laws for women can be created.