For many in the United States, the feminist movement has been reduced to vicious stereotypes that are still repeated today: feminists are angry, man-hating, childless, unmarried, and the awful list goes on and on.

Watch Mary Dore's "She's Beautiful When She's Angry," and see that picture turn into a fun-house mirror reflection. The new documentary is a painstakingly researched dive into the heart of the women's movement from 1966-1973, through archives and interviews with scores of vibrant, passionate women.

The Huffington Post spoke on phone to the film's director Mary Dore, who also worked as co-producer alongside Nancy Kennedy. For Dore, who was active in the Women's Liberation Movement during the mid '70s, a bit later than the women she profiles in the film, this was was a deeply personal piece. "I really wanted to make a movie about the movement I was actually involved in," she told HuffPost. Audience members who were active in the '60s have told her that the film "really feels like what they lived through," she's pleased to note.

That's likely thanks to Dore's savvy use of archival footage and music. At one point, she shows a '60s anti-war rally in which one feminist activist attempts to announce the formation of a women's coalition. Hippie boys holding peace signs respond by booing and yelling "Get her offstage." The scene instantly evokes how deeply sexist even radical factions of society were at the time. "She's Beautiful" combines poignant moments like these with recent interviews with second-wave feminist activists.

Throughout, "She's Beautiful" celebrates the creativity of feminist activists. Sometimes, they fought sexism with literal disruption: They shut down a Congressional hearing on the sides effects of birth control, back when drug companies alleged that there were none, by loudly protesting over the male-only witness panel.

Other times, they sought more metaphoric flair -- like when they burned their college and graduate degrees to protest the complete lack of women's history in most higher high education curricula. Watching the film, you have to wonder what these incredible women would have done in the age of Internet viral videos.

If you do see "She's Beautiful When She's Angry" -- which you really, really should -- you'll likely leave the theater amazed, and yes, beautifully angry, that this vast breadth of human courage and perseverance has been mostly omitted from mainstream American history.

The Huffington Post spoke with Dore about her documentary, the feminist movement and Hollywood's lack of female-centric films.

You mentioned on your Kickstarter that you struggled to find funding. What were typical responses when you applied for grants?

The impression I got was that this was just not an interesting topic for [grant funders] And that's when my radar went off, because I knew there had been some films about it, but not enough. And I'd seen a lot of 1960s reviews where'd they give about two minutes out of six hours to the women's movement. I think the difficulty getting funded kind of proves my concern that the feminist movement just wasn't held in very much respect, and why was that?

What were some of the most interesting things you learned while making the film?

In my first feminist group in Boston, we were all studying a very early version of Our Bodies Ourselves, so learning about [the women who wrote it], and what they've done with their research was incredible. I did not know that they'd had this amazing outreach campaign around the world where they give the book to any progressive women's group to adapt to their own cultural purposes, which is so fantastic. And I never knew about the Jane Collective, which organized itself as an underground abortion clinic. 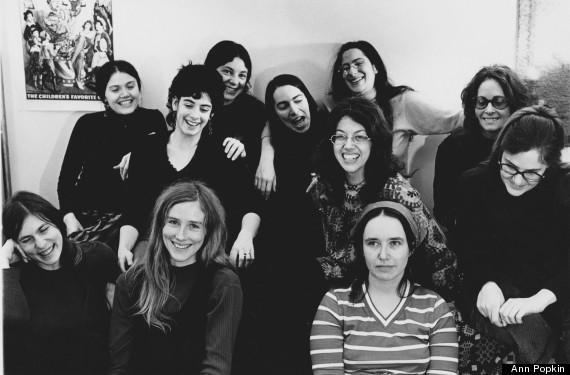 Our Bodies Ourselves Collective, who authored the first Our Bodies, Ourselves, printed on stapled newsprint.

In your opinion, how did the feminist movement get reduced to the "angry feminist burning her bra" stereotype?

A a nation, we don't have a great deal of respect for women, period. But we live in a very unfortunate culture where Rush Limbaugh can say the word "feminazi" and that for many years was the only way you heard the beginning of the word feminism. How depressing is that? The women's movement was really a grassroots, unfunded movement. It just sprang up all over the country, it was not a big corporate effort. And yet they created this amazing revelation that things were not fair for women and things had to change. And then there are other other right-wing organizations that are well funded that do finance things like working against the Equal Rights Amendment. 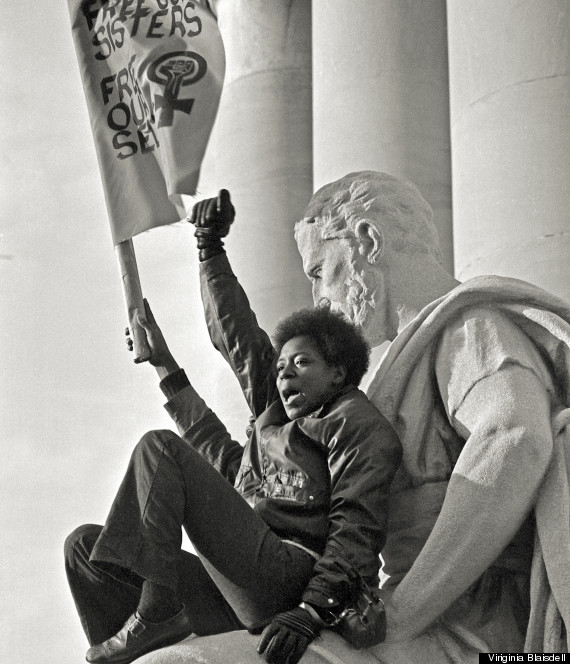 What's been the most rewarding moment of showing the finished film to audiences?

There have been so many. A lot of young women come up after screenings and talk to us, and say "I didn't know didn't know any of this, this is so meaningful," and they're in tears and wanting to figure out what they should be doing. And I've had lots of men come up to me at the end of the screening saying, "Thank you so much for doing this, it's so important," because the women's movement was also very great for men's lives. All the very involved fathers that you see on the streets right now, that wouldn't have happened by magic, that happened because women started saying we need to share some of these duties, and of course that benefited men as well.

What parallels do you see between the backlash against the feminist movements in the '60s and the backlash we're seeing today?

Obviously, there's been a huge backlash on reproductive rights, over the past two years even. It's been going on for a long time, but it's gotten really intense with all the states passing punitive laws. But the backlash that women got in the '60s and early '70s, it was different -- it was more like, people couldn't even understand it. Mary Collins had a great line in the film, recalling when people would say to her, "You mean, you really think women should get equal pay?" Now it seems a bit different. I feel like there's a very concerted and organized movement that really wants to control women's bodies and to restrict women's rights. These things are not accidental, they're organized. 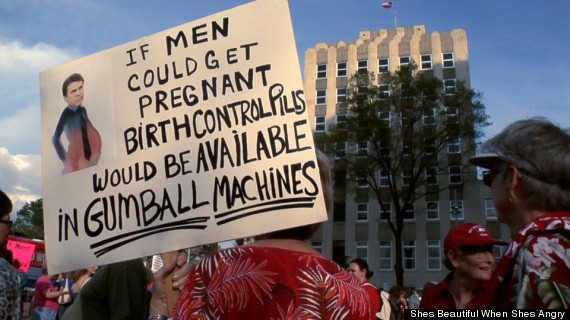 Did you sense frustration from women who were activists in the '60s and '70s about the way young people appraoch women's issues?

I don't think they feel frustrated. I think it's understandable that if you don't learn any history, you take [your rights] for granted. No surprise there. But different times, women have said things to me -- like Mary Collins, who organized NOW membership in eight states with a $100 annual budget -- she said to me, "It's just amazing that the younger people don't ask me how we did it, because there are lessons that can be learned." And yeah, of course they want to tell these stories, because times have changed, the way you organize have changed, but how you motivate people to act in their own benefit have not changed that much. 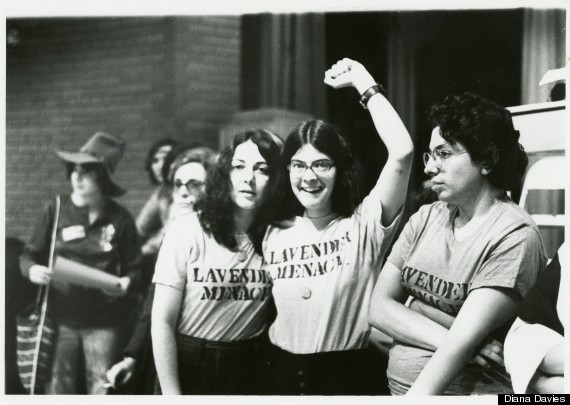 Members of the "Lavender Menace," a lesbian feminist group formed in New York in 1970.

Why do you think there so few women in film on-screen and off-screen?

When I started out, it was relatively rare for women to be working in documentary filmmaking, but it's much more integrated now. But in Hollywood, it's a totally different ballgame. It's not that there aren't enough women producing and directing, there aren't enough movies about women. That's the horror. It's OK to have a million alien films but a film about an ordinary woman film? "OK no, that's boring." And it doesn't get funded and it doesn't get made. It's really a rarity.

And I really don't think it's true. Some of the most popular of the animated films now, have had women protagonists. It's not impossible, but there's a lack of imagination and a lack of trust that these can be great films.

"She's Beautiful When She's Angry" opens in theaters nationwide on 12/12.

Interview has been edited and condensed

You can watch the preview for "She's Beautiful When She's Angry" below:

21 Ways Gloria Steinem Taught Us To Be Better Women