This "Transformers" star has made quite the transformation. Shia LaBeouf stepped out in Los Angeles Thursday afternoon for a caffeine fix and had paparazzi doing a double take in the process.

The former "Even Stevens" Disney star was sporting an impressive display of facial hair, a ponytail, a checked shirt and a bulky cardigan -- quite the look for a March day in the Golden State.

But LaBeouf's uber-hipster getup may not be of his own accord. The 25-year-old is currently wrapping up work on two forthcoming surefire blockbusters: "The Company You Keep," alongside Robert Redford and Terrence Howard, and "Wettest County" with Jessica Chastain and Gary Oldman.

Check out these facial hair fans below: 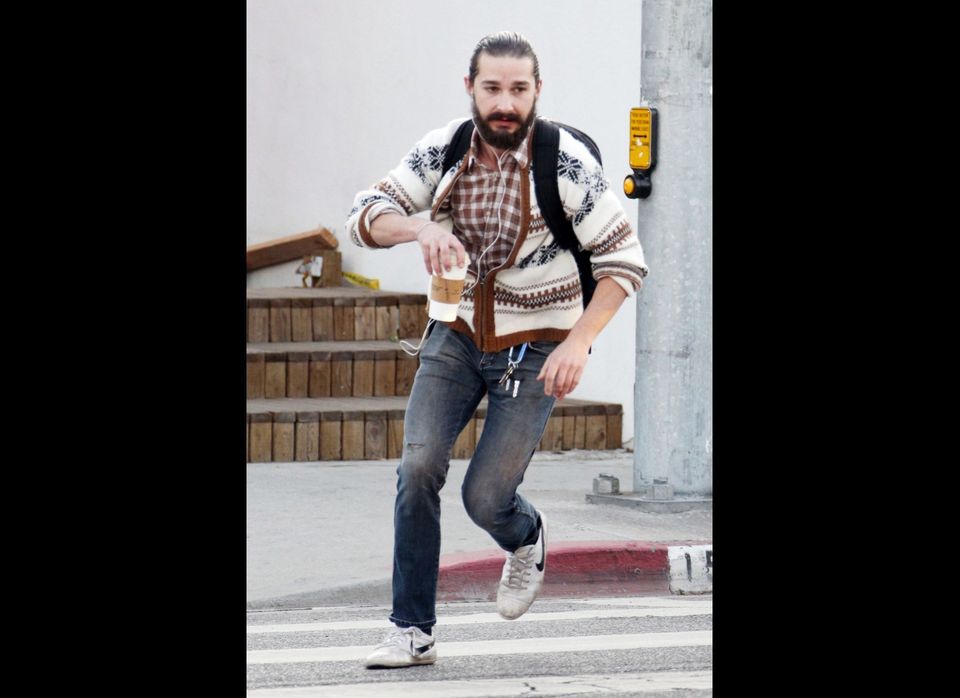