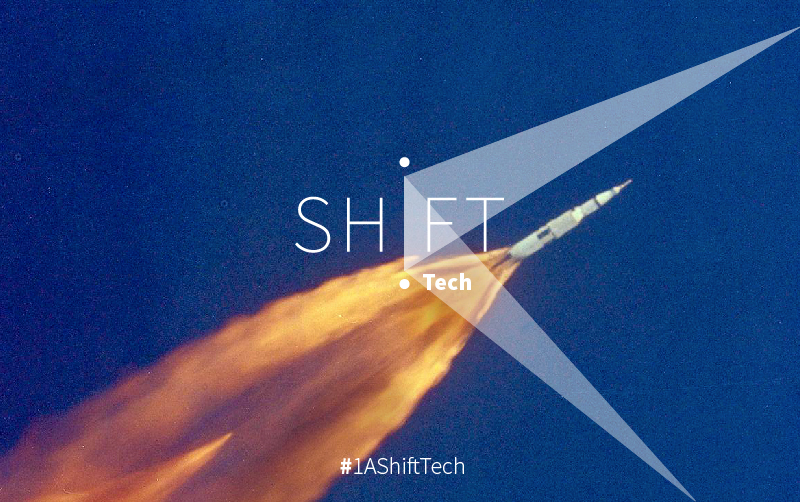 ONEArmenia and its latest venture, the Shift::Tech initiative bring tectonic change to Armenia, one project at a time. Ad executive and entrepreneur Patrick Sarkissian founded ONEArmenia in 2012 in order to take advantage of that country's remarkable brain power and cultural strength and to help to save a young generation of Armenians from the corruption and negativity prevalent in all post-Soviet Republics. Armenians, who have been around for some three thousand years, are wont to go on about their sometimes glorious past and the many great entrepreneurs and artists that they have produced over the centuries. But the collapse of the USSR, a war with Azerbaijian, a frightening Earthquake and blockade by Turkey have left many in the Republic of Armenia morose. Emigration has surpassed one million (out of four million) souls. Corruption is rampant.

"Enough looking backwards!" might be an apt motto for Sarkissian and his colleagues at ONEArmenia. In a remarkably short period of time, Sarkissian has brought together like-minded entrepreneurs and cultural workers including hospitality entrepreneur James Tufenkian who produces gorgeous oriental carpets and has opened a chain of top-rated hotels across the country. The idea behind ONEArmenia is to use crowd sourcing and crowdfunding--modern fundraising tools--in order to raise money for much-needed projects in the humanitarian, environmental and tech fields. Each project donation is completely vetted to produce zero percent corruption--a most attractive feature to potential investors, young and old.

Of the organization's many projects, its Shift:: Culture has been particularly enticing. The project received submissions from all over the globe, both within Armeniua and from its far-flung diaspora. The winner, the Epsidon Theater Group, took an old Armenian story by the great writer Nar-Dos called "He and I" and transformed it into a vibrant, contemporary rock opera. The project was so successful and the enthusiasm for it so great that Sarkissian then launched ONEArmenia's current undertaking SHIFT:: Tech. As the "shift" in both titles suggest, the idea is to shift traditional ways of thinking both in and outside Armenia about the Republic and the possibilities it affords. "Armenia is a country with 99% literacy and 36% unemployment," Sarkissian explains: "I wanted to bring attention to Armenia's highly successful IT sector which has already produced hundreds of millions of exits (export dollars)."

Shift:: Tech is an open call to develop a mobile app in Armenia for the world market. Armenia is already considered a high-tech hub for the former CIS countries and the Caucasus. In fact the world's premiere, full-featured mobile photo editor, Picsart, Inc., for example, was founded there and already has over 77 million users. It was developed and produced in one of the many small offices which now dot the country's capital Yerevan, which are reminiscent of Silicon Valley's early days when people put together giants like Apple inside small crowded garages and the like. Armenia's booming IT sector, considered to be virtually corruption-free, accounts for no less than 20% of the country's annual GDP. Not surprisingly, start-ups are popping up all over the country. Says David Bequette, OneArmenia's in-country director: Armenia's potential is not up for debate...it doesn't need to look any farther than the Internet for an environment where the talents of its young engineers, programmers, designers and software developers can truly take flight."

SHIFT:: Tech's winning entry will be voted on by a peer review committee that includes some industry powerhouses, including Alexis Ohanian, Co-Founder of Reddit and Hipmunk, Matthew Brimer, co-founder of General Assembly and Yoav Kutner, the Co-Founder of Magento and Oro CRM. "SHIFT:: Tech offers enough support for the winning team of developers to focus their time and efforts exclusively on an app idea and make it a reality by building a functioning, viable product for a big global marketplace", said Nigel Sharp, founder of LionSharp Solutions--a leading creative technology start-up: "Awareness of the technology possibilities will improve and hopefully inspire more people to utilize Armenia's impressive engineering and mobile development capabilities."

The First Place winner will be given the opportunity to work with Social Objects, a leading mobile app development start-up in Yerevan, in order to turn their abstract idea into a unique and important contribution to the software sphere and to society as a whole. In addition to having a world-class development team build their app, part of the $25,000 in-kind grant will go to marketing and taking the app to market. Following official OneArmenia policy, a portion of profits from the project will be reinvested to help fund another key OneArmenia sector --namely its community projects. It's a win-win proposition, no matter which way you look at it.

For more information, go to: www.onearmenia.org