When all through the night
There's the moon that shines so bright
And it lights up the sheets of my bed. -- Sons of Bill, "Santa Ana Winds" 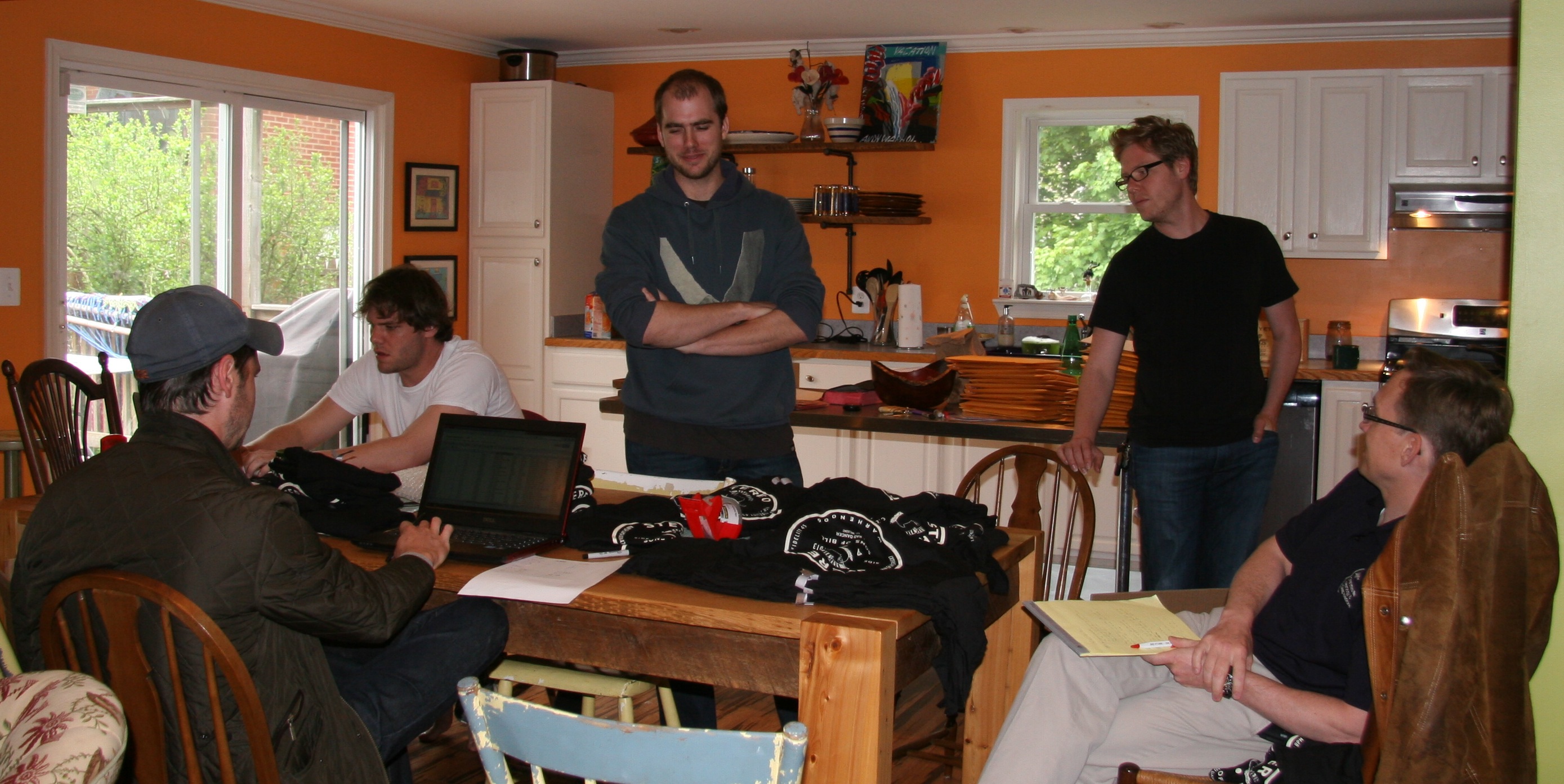 "Sorry I'm still in my pajamas," says a bed-headed figure as he greets me at the door. "Can I get you something to drink?" He seems to ask the question almost as a way of making up for the sin of greeting guests in sleepwear. In the South, manners matter, even when you just woke up.

For the band of southern rockers Sons of Bill, the South is not only their home but where they draw inspiration for the music that has garnered significant attention since they formed in 2006. Despite their rapid ascent, the attention has not come without work, and work for this band means touring and a quick education on how to get the sleep they need in an industry that does not allow for it.

"When you are on tour, you really only need to be functional for about an hour or two every day," says James Wilson, the 29-year-old guitarist and lead singer, as he leads me into his house to meet the rest of the band. "It's why really creative artists are zombies when you meet them. People in this industry just don't need to function like others function with regards to sleep. "

The members of Sons of Bill spend much of their lives coping with the rigors of the road. "We never stop touring," laughs James. As a group, much of their popularity has been garnered via the constant grind of playing on the road -- much like another group from Charlottesville, Va., the Dave Matthews Band.

This touring centers around their tour van Little Debbie, named for the countless Little Debbie wrappers they found within after they purchased it. Seth Greene, their 6-foot bass player, paints a vivid picture of the early days on the road with Little Debbie. "When we first started touring, we had to put our equipment in the van. At that time, we did not have our own bench to sleep on. We were literally almost standing up. It was totally unreasonable." Everyone in the room shifts uncomfortably as their memories of the miles spent cramped in the van with amps and equipment return. "Now we have an equipment trailer, and we all get our own bench to sleep. It is essential. We could not do what we do without it."

Touring is a part of life for all music groups. What many fans do not understand is that there are different levels and intensities of touring. One big differentiation between tours is simple: Does the band have its own driver or not? For Sons of Bill, the driving responsibilities rest as squarely on their shoulders as their guitar straps.

"Driving is dicey and dangerous, especially when you are touring behind a tour bus, "explains James. "You might play a show and have another show the next night 13 hours away. You can get yourself into some difficult situations."

These difficult situations are very common for up and coming bands that hook up on tour with groups who have hired drivers. For these more established groups, their driver can sleep while the group performs. In this way, when the last of the t-shirts and CDs have been sold and the load out is done, the driver is ready to drive all night while the band sleeps on the bus. This leaves the opening band driving themselves, desperately trying to keep up.

Seth looks pained as he speaks. "The worst was when we went on tour with Robert Earl Keene for a month. We had some long drives... the most extreme being playing a show in Knoxsville followed by a show the next night in Tampa, and the next night in North Carolina." Quiet looks get passed around the room; it is clear that there may be details about that trip that are staying safely within the band.

"I did a lot of that driving," says Sam Wilson, James's brother and lead guitarist. When I asked him his trick for staying awake, the answer was immediate and deadpan, "Slayer and George Jones."

Unfortunately for the millions of Americans grinding it out in occupations that involve usual work hours, Slayer and George Jones may not be enough. Whether they are aware of it or not, Sons of Bill are the poster children for shift work disorder, a condition that leads to staggering and debilitating sleepiness from improper sleep quality and amount.

Abe Wilson, the third brother and keyboardist for the group, unknowingly describes the sleep difficulties associated with shift work disorder perfectly. "Even when I have the opportunity to sleep, I can't get eight hours. I often wake up after four hours. It takes me a while after I get back on a normal sleep schedule to sleep right. It's hard when you have not gotten to that point." Highlighting the negative role aging plays over time, Sam agrees, "Early mornings and late nights. It's hard to get on any real schedule. I was good at the late night driving, but as I get older, it gets tricky." His solution: B Vitamins and energy drinks.

Seth agrees, "As a driver, it is exhausting. You would assume that when you have time to sleep, you could easily fall asleep. When we arrive, it still takes a while to wind down." The idea that unusual schedules disrupt sleep is lost on nobody in this band.

The group chats about how a couple of drinks often help with sleep. James recalls conversations with other more senior members of the rock and roll community. "When you talk to the old career roadies, it becomes very clear what the rock and roll 'lifestyle' of parties, drinking and cocaine really was... it was all about surviving the schedule." Shift workers often turn to alcohol and sleeping pills to survive their schedule. Today, there are actually FDA-approved medications to treat the disorder which are far better options than alcohol and recreation drugs. These medications can help to create wakefulness during times when the body is driven to sleep. While there is absolutely no substitute for quality sleep, these medications can be the difference between making it home in one piece and wrapping your car around a telephone pole.

With the topic of drowsy driving raised, Seth finally brings up the fifth and final member of the band. "The group is working on The Todd Chronicles, a series of pictures of Todd Wellons, the group's drummer, falling asleep in unusual places. The only rule is that location when he sleeps cannot be a bed." When asked how this degree of sleepiness plays out on the road, their answer comes in the form on one of Todd's many nicknames: Rumblestrip, given for how many times they notice Todd drifting off the road onto the rumble strip on the median. "We have wondered if he has narcolepsy... he'll fall asleep in mid sentence." 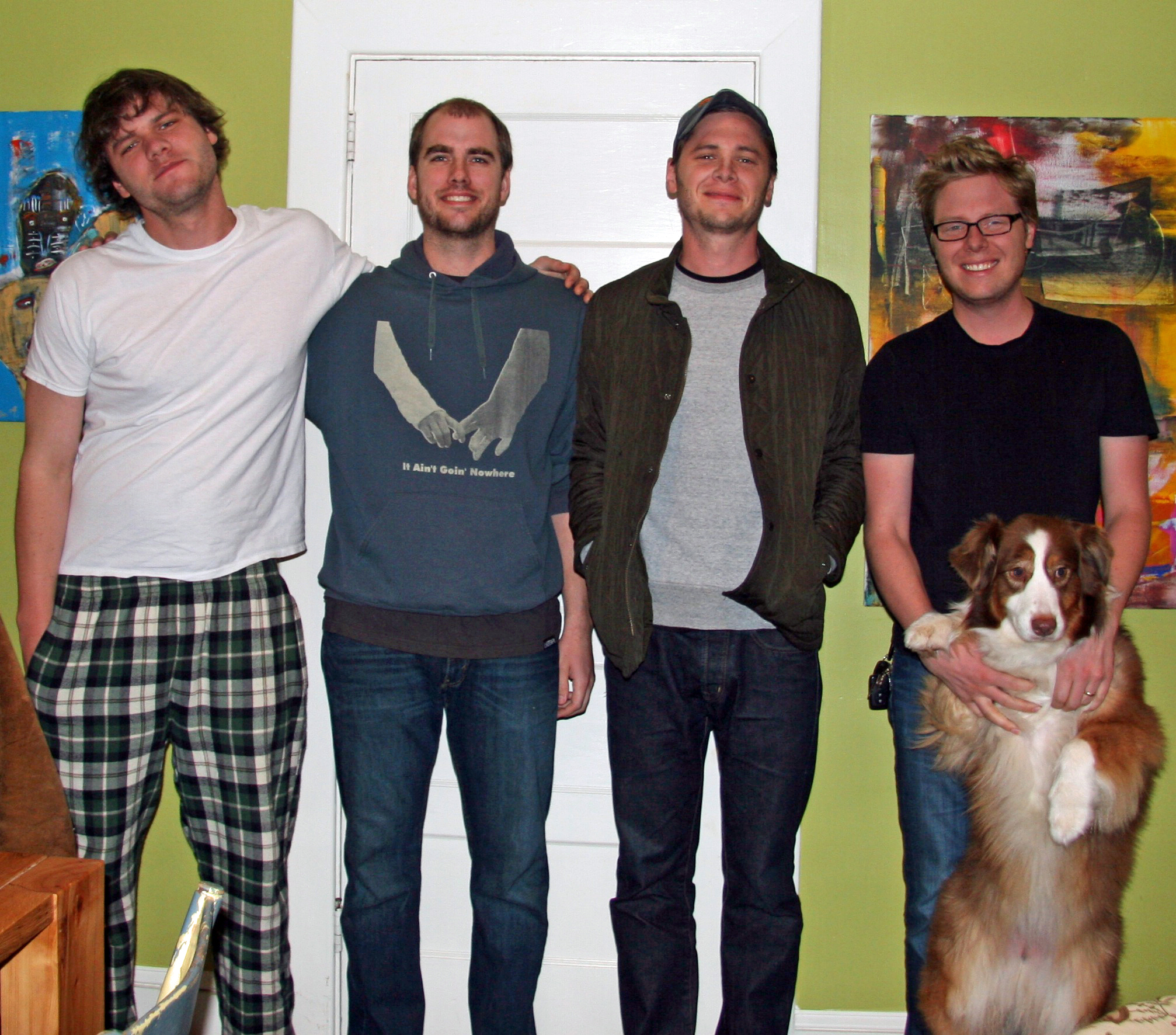 So when you are out this summer catching Sons of Bill on tour, pay attention to the Red Bull can being kicked around onstage and the quiet yawn Abe is stifling as the band rips through "The Rain." Touring is a difficult job and Sons of Bill are doing their best to find ways to balance their love of music and need for sleep.