Shiite Militias in Iraq on Wednesday renamed their operation to take back the Anbar province, amid criticism from the U.S. and Iraqis that their initial choice of a name was openly sectarian. The change comes a day after the Iraqi government launched a large-scale offensive to recapture the city of Ramadi from Islamic State forces.

The Iranian-backed popular mobilization units, as the militias are called, declared that their code name for the fight against IS in Anbar would be "Labaik ya Hussein." The name, which Agence France Presse translated as "We are at your service, Hussein," raised alarm because it references a defining moment in the historic Sunni-Shiite split in Islam.

After the U.S voiced concerns, the militias backtracked on Wednesday with a rebranding of their operation name that replaced "Hussein" with "Iraq." Militia spokesperson Karim al-Nouri stated, "We have opted for 'Iraq' and there is no problem," but he denied that the names contained any different meaning.

Pentagon spokesperson Col. Steve Warren had called the initial operation name "unhelpful" on Tuesday, Reuters reported. He said that victory in Iraq required a unified country "that separates itself from sectarian divides, coalesces around this common threat." 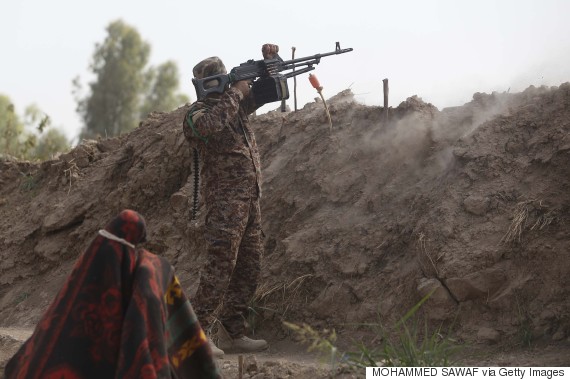 The schism between both groups goes back to disagreements over who should lead the Muslim people following the death of the Prophet Muhammad. Shiites backed Muhammad’s son-in-law Ali, while Sunnis backed Abu Bakr, who became the first caliph. Ali eventually took over rule of the caliphate and became the fourth caliph, but after he was assassinated, power fell once more to the Sunnis.

Shiites believe that Ali's son Hussein, who was killed in a battle against Sunnis at the city of Karbala, Iraq, in 680, was the legitimate leader. Hussein's death deepened the division between Sunnis and Shiites.

The militias' choice to name the operation against IS in Anbar after Hussein reignited fear that their participation in the offensive could aggravate sectarian tensions between Sunnis and Shiites in Iraq.

"These militias are extremely controversial. They have allowed an amount of sectarian cleansing against Sunni communities east and south of Baghdad, and even in Baghdad. But they are also effective, dedicated and relatively well organized," Emile Hokayem, senior fellow for Middle East Security at the International Institute for Strategic Studies, told The WorldPost last week. 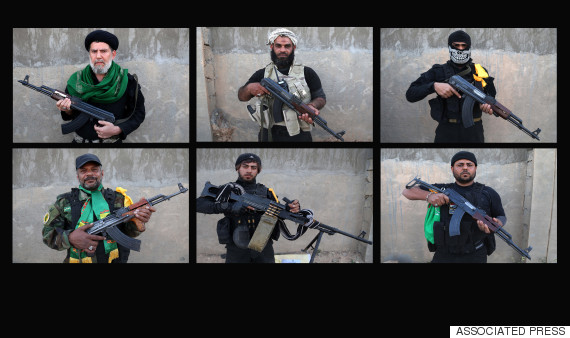 Some of Iraq's Shiite militias have been accused of violence against Sunni communities during previous campaigns, such as the one to take the city of Tikrit back from IS in late March and early April. Shiite militias were accused of lynching suspected IS members and looting once Tikrit fell, according to Reuters reports. A Shiite militia was also accused of killing 70 Sunni villagers in the town of Barwana after ousting IS forces in January.

The U.S. had expressed concern last week over the presence of Iranian-backed Shiite militias in the fight against IS militants in Ramadi, with a U.S. official telling Reuters that "there's the potential it can go very, very badly" if not delicately handled.

The militias were called in to retake Ramadi as a desperate countermeasure after IS forces overtook the city on May 17 following the collapse of Iraqi security forces.