If we squint through a certain lens, we can see what might be compelling evidence of our culture's increasing compassion for non-human animals. While our laws still regressively consider animals "property," our cultural values have evolved tremendously. The American Veterinary Medical Association reports that 99% of Americans now view our companion animals as either "family members" or "companions," while only 1% consider them to be "property," which might explain why we annually spend more than $60 billion on food, toys and vet care for our animal companions. Last month, Gallup reported that almost a third of Americans, 32%, believe animals should be given the same rights as people! Indeed, we could view our era's progress as proof of our improving, better nature. 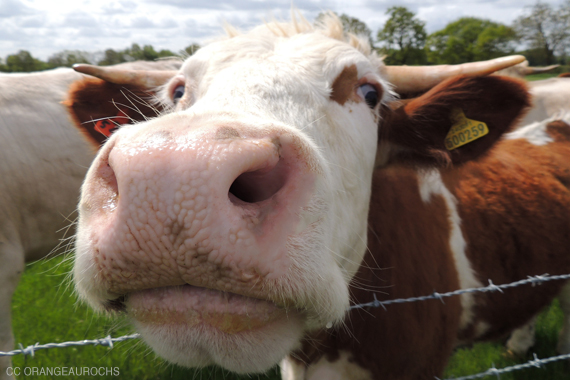 But if we're paying attention with both eyes open, we can also see how the industries that profit from animal exploitation continue to fight advances in animal welfare and law every step of the way. Factory farms, biomedical research facilities, puppy mills, marine mammal parks--these institutions decidedly out-profit and out-spend animal advocates. Yet they're also starting to recognize the culture's growing disapproval of animal cruelty. As a result, they fight to keep their activities out of society's line of sight by waging war against the public's fundamental right to know.

But animal advocates are fighting back by using state and federal Freedom of Information (FOI) laws that provide citizens with legal access to public records--records that can shine lights into the dark corners of institutionalized animal exploitation. We also are relentlessly challenging and defeating industry efforts to pass so-called "Ag-Gag" laws that make it a crime to expose animal abuse on factory farms.

Despite FOI laws requiring public access to information, government and industry entities are often reluctant to provide public records. That's why the Animal Legal Defense Fund (ALDF) has filed multiple lawsuits to enforce these laws. In December 2013, ALDF sued the Regents of the University of California for failing to produce public records regarding primate testing at UCLA under the California Public Records Act (CPRA). We expect to have a favorable settlement in that case soon. Similarly, in October 2014, ALDF sued to force the University of Wisconsin to disclose specific records related to its so-called "maternal deprivation" experiments--tests designed to study the effects of "terror" on baby rhesus macaque monkeys. And in April 2014, after ALDF was repeatedly denied access to records regarding the treatment of carriage horses by the New York Police Department, a New York Supreme Court judge ordered the NYPD to produce the relevant documents within 45 days.

Meanwhile, in the wake of undercover investigations exposing the routinely horrible treatment of animals on factory farms, industry lobbyists have doubled down on smokescreen tactics by pushing Ag-Gag bills through often all-too-compliant state legislatures. These laws are aimed at punishing those who shoot photos and video of industry operations, even when done in the investigation of criminal animal abuse and violations of food safety and other laws.

In response, an ALDF-led coalition is separately suing the States of Utah and Idaho in U.S. District Court to challenge the Ag-Gag laws already passed in those states--measures that clearly violate the First and Fourteenth Amendments to the U.S. Constitution. Animal advocates have also united extremely effectively to keep anti-whistleblower legislation from passing in other states, helping to kill 37 out of the 41 Ag-Gag bills introduced by the industry since 2010.

No business or government agency charged with caring for animals should operate without providing transparency to the public. For one thing, such transparency provides a lowest-common denominator of protection to the monkeys in testing labs, to the orcas in tiny tanks, and to the cows on the slaughter lines. People behave differently when they know their actions will be seen by others. Equally importantly, however, transparency provides a similar protection to human beings--who work in such environments, pay taxes to prop up such enterprises, and consume the products that come out of them. When businesses treat animals like widgets of production--especially industries supported or monitored by our tax dollars--we need to have both the courage and the means to bear witness to the process. We can only perform that valuable societal function when the tools and information to hold those in charge accountable are made available to all.