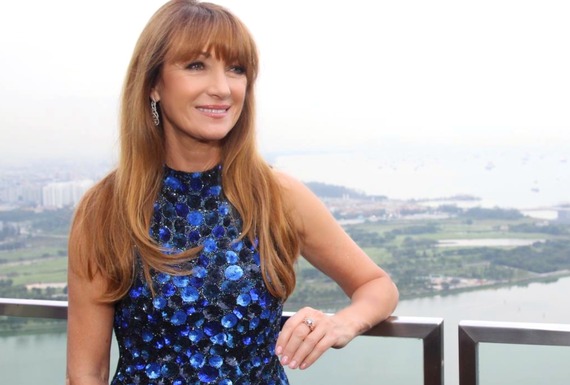 Blue diamonds are arguably one of the most sought-after gems in the world. They are exceptionally rare, comprising only around 0.0001% of the world's diamonds. Of all the blue diamonds ever discovered, just 10 per cent are larger than a carat. In May 2016, a trapeze-shaped diamond known as the "The Oppenheimer Blue" sold for $57.5 million at Christie's in Geneva. The previous month, The World of Diamonds (WOD) Group - one of the largest privately held diamond mining corporations in the world - unveiled "The Jane Seymour", a 2.08-carat cushion-cut fancy vivid blue diamond ring named in honour of the quintessential Bond girl in Live and Let Die, actress Jane Seymour, during her visit to Singapore. 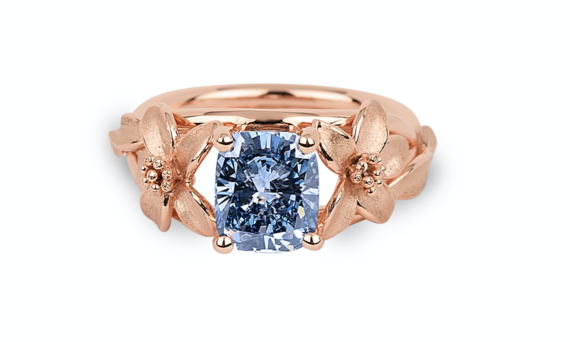 I was thrilled to meet the acclaimed actress, producer, painter, businesswoman, philanthropist and Officer of the Order of the British Empire while she was in Singapore to star in The Vortex play by Noël Coward. Produced by the British Theatre Playhouse of Singapore, the show was in support of the Red Cross and their work with refugees.

The fate of refugees in Europe has gripped the world's attention following the publication of the image of the body a 3-year-old Syrian boy washed up on a Turkish beach. When confronted with this latest "viral" image of the Syrian conflict, many of us expressed shock, horror and grief. Thus it was particularly meaningful for me to see that a celebrity like Seymour felt compelled to lend a hand.

I was at the Art-for-Charity gala dinner event that took place on April 29 at the Raffles Hotel in Singapore in conjunction with the play's debut, and speaking to the actress, she shared this with me: "The Vortex play is a platform for charity fundraising. We support the Red Cross and want to help Syrian refugees who are desperately in need of medical aid". The sold-out event was attended by Singapore's President Tony Tan and his wife, Mary, the EU Ambassador to Singapore, Michael Pulch and the British High Commissioner to Singapore, Scott Wightman. 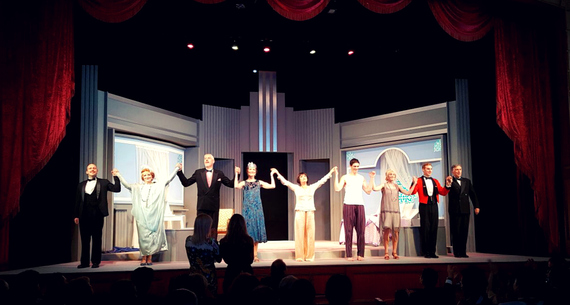 The play marked Seymour's return to the theatre stage after a 35-year hiatus and proved to be one of the biggest challenges of her career. Her path to stardom includes a succession of hit movies on television and the big screen, such as "Onassis - The Richest Man in the World" (Emmy Award); "East of Eden" (Golden Globe Award), "Somewhere in Time" and "War and Remembrance". Her television series "Dr Quinn, Medicine Woman" won her a second Golden Globe Award and has endeared her to audiences worldwide. Seymour also starred in the original Broadway production of Peter Shaffer's "Amadeus" opposite Ian McKellan. Making a return to the big screen, Seymour's latest movie "Bereave", in which she stars opposite Keith Carradine and Malcolm McDowell, was released worldwide in January 2016.

It only seems fitting that Seymour's talent and philanthropic work should be recognised by such a prestigious jewel, and she has indeed transitioned to become a star in the world of diamonds. The Jane Seymour blue diamond set in a rose-gold plated platinum ring was especially designed to celebrate this multi-faceted lady's illustrious career and philanthropic efforts. It is the only celebrity ring in the world named after Seymour herself (The "Open Hearts" jewellery collection is designed by her but not named after her). 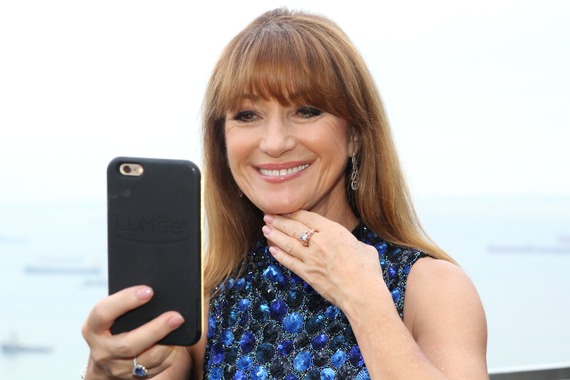 When Seymour was first presented with the ring, her reaction was delightful; the celebrity wasted no time to pose and take selfies with The Jane Seymour, before officially endorsing it. "The sparkler was born in Russia and brought to life in Geneva - it's beyond priceless", said Karan Tilani, Director of the WOD Group.

The ring is currently valued in excess of $2 million US dollars, but for this price tag, the WOD Group has another surprise. The Jane Seymour has been incorporated into the world's most expensive dining experience. The luxurious culinary journey consists of an eight-hour experience starting with a 45-minute helicopter ride over scenic Singapore; followed by a chauffeured Rolls-Royce drive and a private luxury cruise on the marina. The buyer - and their plus one - will then be transported to CÉ LA VI, an iconic Singapore venue on the rooftop of Marina Bay Sands Hotel for dinner, where 10,000 fresh roses will set the stage. The 360-degree views of the city and the 18-course modern Asian meal, which will be enjoyed with diamond-encrusted chopsticks and some of the best wines and champagnes in the world - including a 55-year-old rare vintage - will complete this once-in-a-life-time experience. Who could hope for a more magnificent evening? Even a Bond girl couldn't ask James for more...

World Of Diamonds (WOD) Group:
The WOD group is one of the largest privately help diamond corporations in the world. Established in 2001, it has joint ventures with jewellery houses in Europe and the Americas. The Russian conglomerate is a fully integrated diamond company with mining, polishing, high jewellery creation and distribution available to the leading gem houses of the world. The WOD group has directly catered to billionaires, members of royal descent and supports Women On A Mission, a non-profit organisation, which aims to raise awareness and funds for women survivors of war and to support and empower women who have been subjected to violence and abuse.