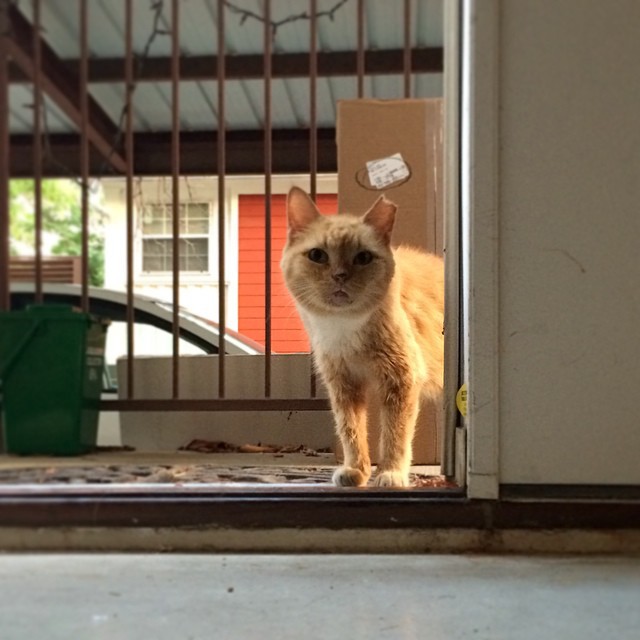 Shit's kind of heavy for all of us right now, and we have a long road ahead, but I thought maybe, just maybe, you'd like five minutes of light reading about how I saved a cat and she saved me.

Her name is FatFace.

She's been feral for at least five years and she has three teeth and she weighs under five pounds. 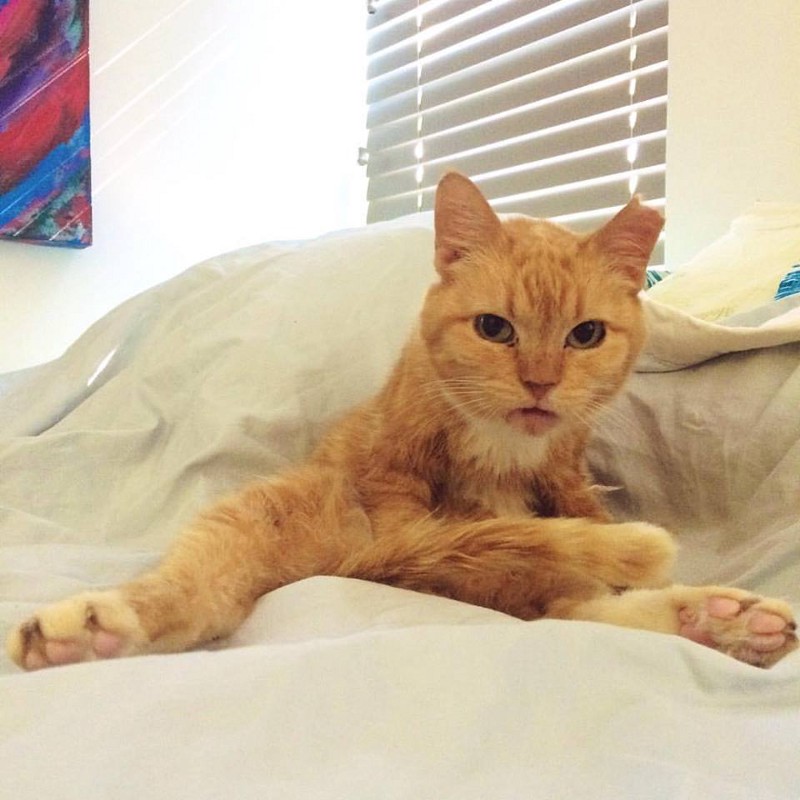 FatFace was part of a feral colony my neighbor took care of, and which I've subsequently taken over after my neighbor moved across town.

I enjoy our cat colony, which totals between 10-12 mostly black or Russian blue cats, but let me tell you something about taking care of cat colonies: Don't publicly share that info at parties. One time I was at a networking event and met a handful of interesting people and had to stop this sentence from coming out of my mouth: "Oh, man. I have to get going! My cat colony is going to be piiiiissed if I don't get home soon for feed time."

(Side note: Our colony is fixed and if any genitalia-sporting cats come into the colony, my former neighbor traps them and gets them fixed through the Austin Humane Society's trap-neuter-release program.) 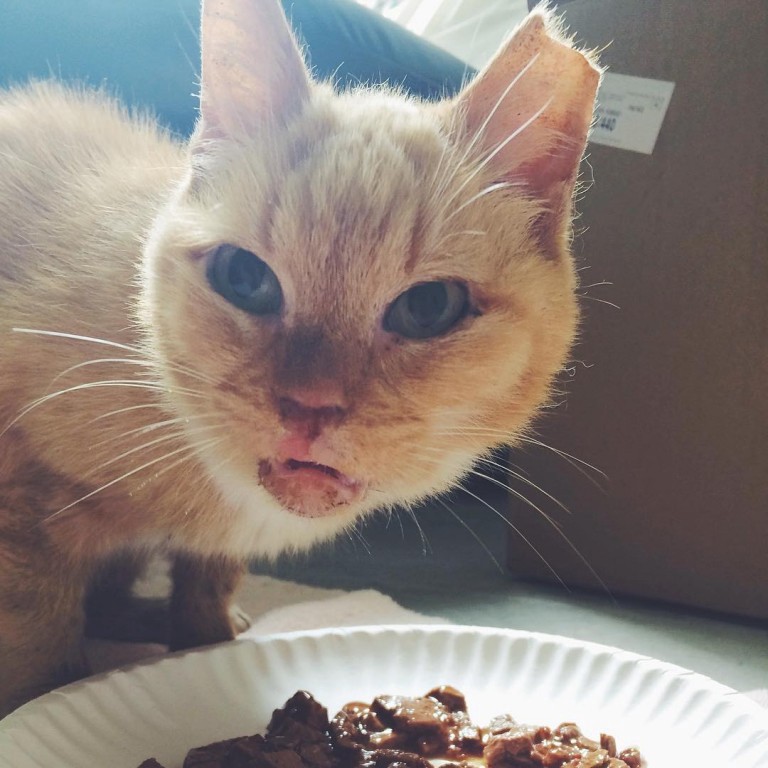 FatFace was one of the oldest cats in the colony, and like most of the other ferals, she was terrified of us. Most of her time was spent hiding under the neighbor's house or keeping herself at a distance, squinting, watching our every move. However, we took a shine to the little goober because of her tiny stature and her expressive face. When I acquired the colony and discovered she only had three teeth, I began feeding her soft food. 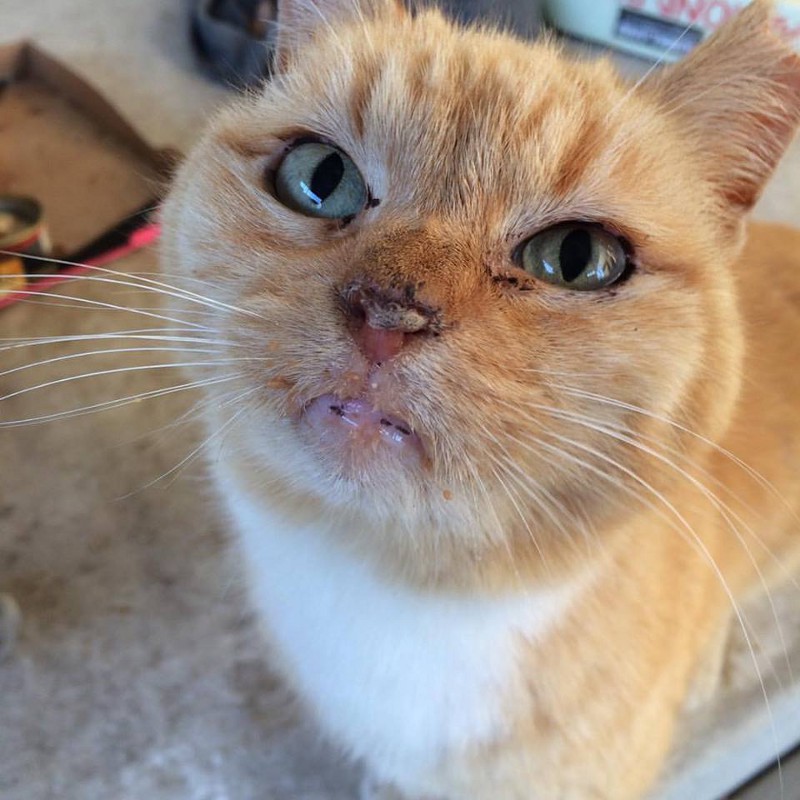 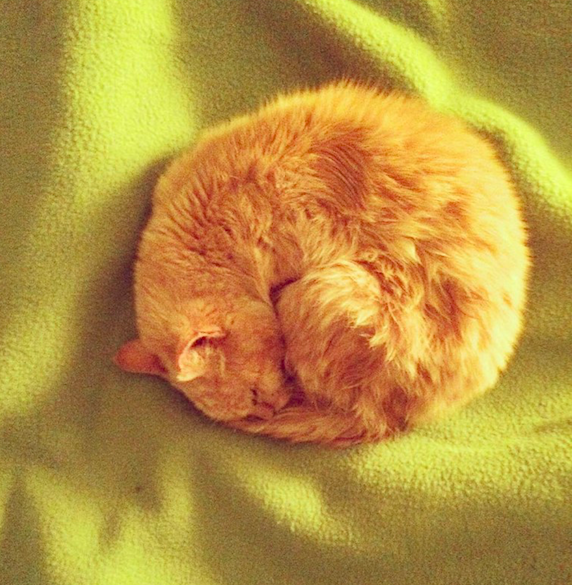 Here are some other fun fact about FatFace:

We called her "he" for five years until I asked my vet to check out her netherparts.

She also likes to sleep on my chest and stare at me from about two-to-three inches from my face.

She does not like to be picked up; she makes this pathetic "muu-annn" sound when you do it.

She doesn't like fancy-ass soft food; she likes good-ol' mystery meat from Friskies.

We've managed to put one pound on her; she now weighs over five pounds.

My bf thinks she is part dwarf cat.

She has mouth herpes.

She loves when you push on her nose really hard. She gets so into it that she might bite your face.

She doesn't mind if you scratch her stomach -- but not the feet.

She's a very affectionate, chill cat. Even when she's ready to party at 3AM or eat at 7AM, she just stares at us or head bunts us.

She's kind of a slob. Because she has mouth herpes and few teeth, she can't eat or groom well. Most of the time we get salmon sneezes all over our faces.

During the day, I'll lay on the bed next to her and instantly fall asleep.

At night time I can no longer get work done because she sleeps on my neck.

She's very much loved by us. 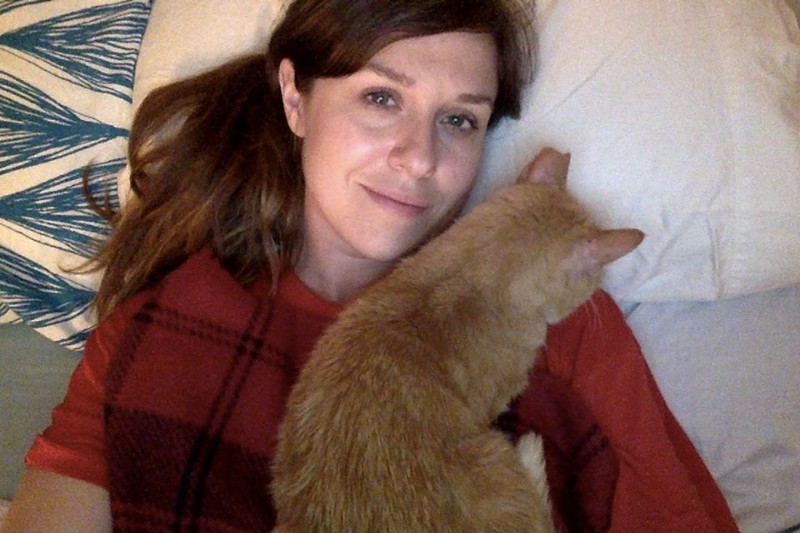 I've never owned a cat before, and I never thought I could love a cat as much as I do. She has brought great joy to my life, and I hope I bring joy to hers.