The young British gent known as "Shitty Watercolour" has an intensely loyal following on Reddit, though he often duels with a moderator known as karmanaut, who seems to want to discredit SW's hard work. The drama is catalogued here. Thankfully, SW has a friend in SeriousCritic, a Reddit user with a flair for grandiloquent prose and a keen eye for finding the most hilarious statements to use in art critiques. In an e-mail interview with The Huffington Post, SW claims to be an 18-year-old student living in England, though his fans believe him to be none other than the illustrator Quentin Blake. We solved the mystery below, so read on (and keep scrolling for a slideshow of SW's work). You can also find the mysterious man on Twitter, where he frequently posts his favorite images.

HP: What compelled you to begin painting people's images on Reddit, and how do you decide which ones to replicate?

I started doing the paintings out of boredom. Having found a very basic paint set, I looked for things to paint and realised that thousands of opportunities were being posted to my favourite website every day. Novelty accounts, users making posts relevant to their username, were already a popular thing on reddit, and mine took off very quickly. When deciding what to illustrate, I just pick whatever inspires me -- whether that be a post, a comment, or a username. There's a part of reddit dedicated to asking questions and sharing stories, and a lot of my most recent work is providing illustrations to accompany those stories, rather than just replicating a picture. In the future I'd love to branch out beyond reddit, but I'm more than happy with what I do right now. 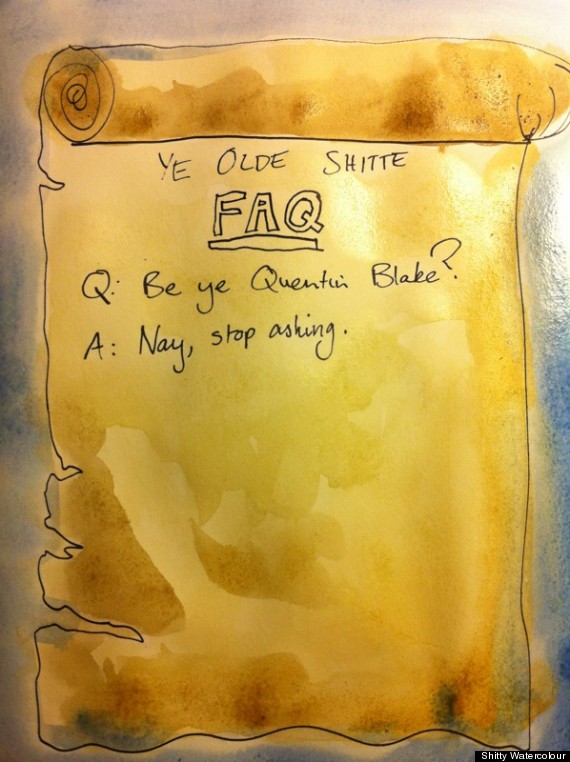 HP: Are you Quentin Blake? What do you have to say to those who accuse you of being the man somewhat uncharitably referred to as merely "Roald Dahl's illustrator?"

The comparison between my work and that of Quentin Blake is made a lot (I once counted over 50 messages telling me this in a single day), but it is definitely not something to be annoyed about! Although, unfortunately, I am not Quentin Blake, I draw a huge amount of inspiration from him. When I was younger, I, like many others, read the Roald Dahl books for which Quentin Blake is best known, and felt the same power in his drawings. I think that as a child you see the rather scratchy, loose illustrations of QB, and, together with the vivid feelings that they engender, give less credit than is due to the skill of their illustrator, and consider most of the "work" to be done by your imagination. But, as I have come to appreciate whilst attempting to practice myself, this couldn't be farther from the truth.

The desk where I paint is home to a trio of Quentin Blake mugs, and a poster of his sits on the wall above me. I also have a copy of his "Drawing for the Artistically Undiscovered" (I can't think of a more suitable book for me) and the "Magic Pencil" collection of illustrations. So yes, to say that I am inspired by him is probably an understatement. I love what he does (I think that most of the views on the YouTube video of him drawing in front of a live audience must belong to me) and I am honoured to be (undeservedly) compared to him.

HP: What is your relationship to SeriousCritic? He refers to you as "a contemporary da Vinci with respect to his discipline," which is bold.

SeriousCritic was another novelty account which followed my work and provided an absolutely wonderful analysis of each piece, along with some fantastical fictitious context. Sadly he/she hasn't posted any in quite a long time, but hopefully that will change. The imaginary story behind each picture that SeriousCritic conjured up was a really great addition to what I do, and that imagination is now applied in drawing usernames at my own subreddit.

HP: What is your day job?

Right now I'm still in full-time education, and will probably be going to university next year. There is a slight possibility that I will take a year out instead, and, although I don't have any plans for what I would do, I have managed to get a deal to illustrate a small book, which could be the sign of greater things to come!

HP: What do you do when you're not drawing?

When I'm not drawing I'm probably buying the colossal amount of paper that I get through, sending the paintings, or revising. Since starting up this account that has been my routine, and it consumes almost all of my time. I love it, though. 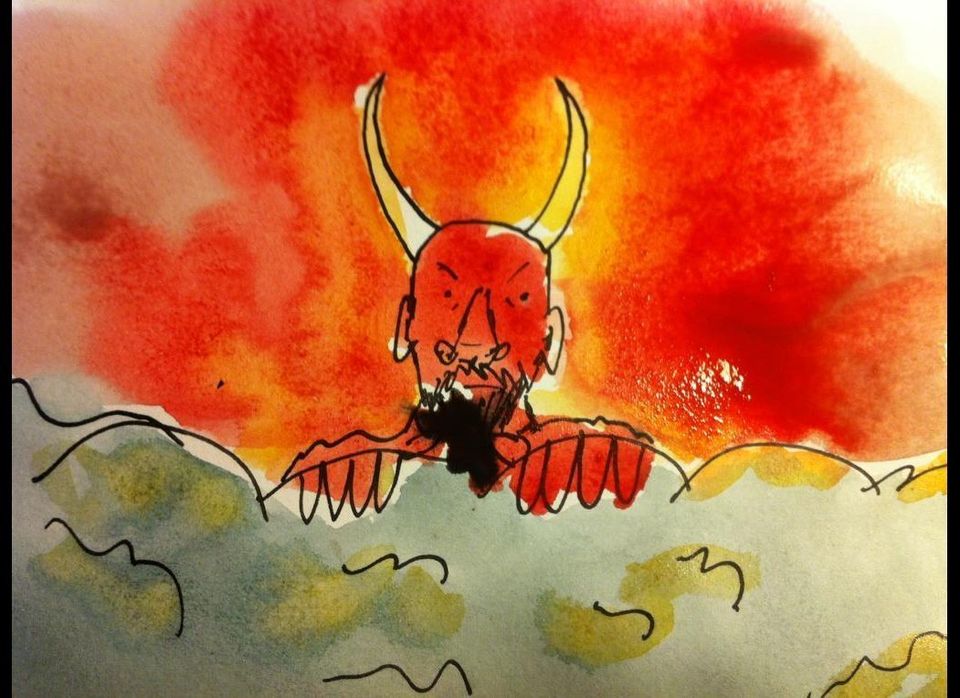