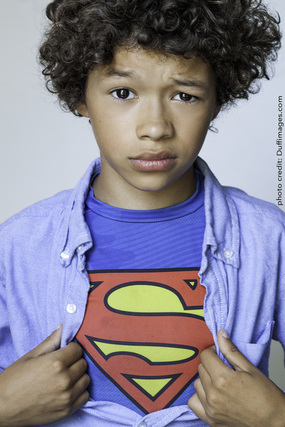 I live in Los Angeles. I used to be an actress and even a talent agent at a very well known agency. I'm currently a photographer and director and so I've seen the Hollywood industry from all sides. I'm also a mom.

I've photographed child actors at various levels of their careers and during these headshot session photo shoots many of the parents say, "So you must meet a lot of Stage Moms?" and it's with the derogatory spin that the term seems to have earned itself. And with every year I remain in this business, I expect to actually start to answer that with a resounding "Yes, so many!" But alas, after 16 years and photographing hundreds of young actors and spending time with their parents I've kept my answer to a steadfast "No, I've barely met a one!"

Sure, there are the famous stage mom's from Brooke Shields' mom to Brittany Spears, from JonBenet Ramsey's mom to Miley Cyrus and Lindsay Lohan's. But these "budding new stage moms", from my experience as an agent and a mother of a teenager who modeled professionally while in high school (Professionally enough to proudly buy a car with all her own money when she was 16) are actually following their kid's lead. When you turn on the TV and see any child under 16, they had to have an adult helping them, even if it was just driving them. The kids themselves want to do this! As a talent agent I have spoken at dozens of seminars in front of hundreds of kids and parents and these kids are excited and have dreams to be a performer. Just like a child who wants to be a pro football player, the parents encourage him.

So in that vein, I quote Archie Manning, father of two wildly successful children Peyton and Eli who are among the 0.2% of High School grads to actually make the NFL.

"They have to like it and enjoy it and want to do it. And parents, we are just there to support [them]. They were motivated to play and get better, and they had a great work ethic. That's why they got there. My advice for parents is to support your children, make sure they are having fun. Support them and be there for them. Give them encouragement and make it a life lesson that along the way they are learning to make good decisions and do the right thing." Archie Manning - Forbes 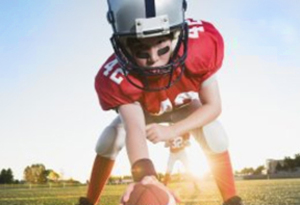 The acting kids look at the TV and want to be on it. They watch Disney and Nickelodeon and want to DO THAT. Now, of course not all of them exhibit the outgoing qualities of a superstar but that's not for me to judge nor the parents. There is no harm in enrolling your kid into a weekend acting class where he gets to play make believe and build confidence in front of like minded peers. There is no harm in going to an audition where you walk into a room of friendly strangers and introduce yourself, answer questions, play pretend (read the script), then walk out the door to see a smiling parent congratulating you on your courage and poise. If that's all they ever get out of this career they will, at the very least, have acquired social skills that will serve them in whatever they pursue.

But trust me, these "Stage moms" in LA will all tell you that it's not easy for them to juggle their work schedule, their other kids schedules, their wifely duties and their personal needs. They can and do spend hours a day on the freeways of Hollywood driving their kids to and from auditions and callbacks. Most of them would tell you "If my kid said he was done with this - I'd certainly not fight him as I would have more quality family time for sure." But then there is the other side of the coin, which is instilling a perseverance and work ethic in your child. They may not want to go to an audition or their acting class but that's similar to not wanting to practice the piano or go to soccer practice. So when is it "encouragement and discipline" and when is it being a "pushy uncaring selfish stage mom". 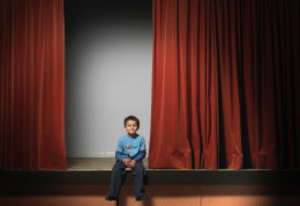 I think the difference lies within listening to the child. Ask him or her, "Would you like to be able to play the piano? Would you like to perform in front of people and pretend to be different characters? If it wasn't so hard, would you like to be able to dance?" And if they answer yes, it's your wonderful right as a parent to help them achieve those goals. It will take as much patience on your part to "bite your tongue" when you hear them sing off key, and to refrain from announcing to other grown-ups in front of your child "Oh she's just being shy...why are you being shy today, you're never that way...!?" Those words don't actually help a child become un-shy. If anything they reinforce that "shy" gets attention. The worst thing that will happen if you facilitate your child who is interested in the performing arts is a back load of undone house chores, countless hours driving to and from appointments, eating at drive thrus, and consoling them when they didn't get a gig they really expected to. But the good out weighs the bad in my experience here.

If they end up as an accountant, an architect, a realtor, a web designer, or a chef, a day won't go by where the skills of collaborating with others, entering a room with confidence (even when you don't feel so), starting the conversation, public speaking, or being able to deliver a good joke won't come in handy. He or she will look back fondly at school plays they did and will be glad that their parents grinned and bared it. From Shirley Temple to Drew Barrymore, young girls have loved to dress up and entertain. I'm going out on a limb here when I say stage moms are like cosmetic surgery, you only really notice the bad ones...

Questions? Contact me. I do this all day long. :-) 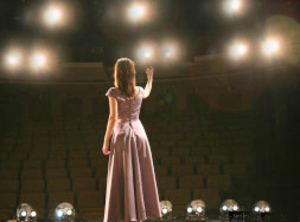