This educator proves some of the most important lessons aren't academic.

Nissa Ellet, principal of Heth-Washington Elementary in Indiana, became concerned for her students after noticing that many of them owned shoes that frequently needed mending, according to WDRB. So she did something about it.

"Throughout the year we have repaired -- I can't even tell you how many shoes," Ellett told the WAVE3 News. "We've used duct tape and staples and I started really noticing this is a much bigger problem than I realized."

Many students' families had fallen on hard times in the past few years, and poverty had risen to about 75 percent at the school, according to WAVE3 News. So Ellett reached out to the community through social media for donations to go toward new tennis shoes for the children, calling her program, "Shoes For Students." While her original goal was to raise $6,000, the community shattered her expectations.

"We ended up raising $17,000 so we expanded, we reevaluated ... what else can we get for our students," the principal told WDRB.

Along with new tennis shoes, Ellet used the money to buy snow boots, gloves, hats, scarves, a school hoodie and candy for every student, WHAS11 reported. And earlier this month, the excited children were brought to the gym for a special ceremony where they received their surprises. It was an event that left many kids in the Christmas spirit.

"They are warmer than my other shoes were," one grateful student told WAVE3 News of her new footgear.

Another student, fourth-grader Donovin Allen, told the source, "As soon as it snows, I'm going to go out there and just wear them."

While the initiative gave the students a reason to smile this holiday season, it also shined a spotlight on the community's willingness to support their school.

"The response that they got shows how much this community comes together when the kids need them," Laura Schneider, a parent of a student, told WDRB.

PHOTO GALLERY
Back To School Books For Young Readers 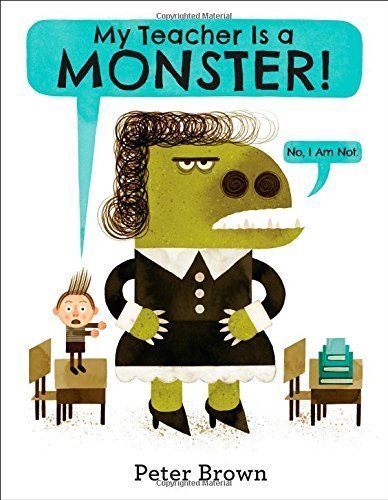 1 / 17
<i><a href="http://www.amazon.com/My-Teacher-Monster-No-Not/dp/0316070297/ref=sr_1_1?s=books&ie=UTF8&qid=1410371683&sr=1-1&keywords=My+Teacher+is+a+Monster%21+by+Peter+Brown" target="_hplink">My Teacher is a Monster! (No, I Am Not.)</a></i> by Peter Brown
Peter Brown's latest is perfect for the back-to-school crowd. When Bobby gets to school on his first day he discovers that his teacher is a monster -- green skin and all. Ms. Kirby is mean and loud and never lets the class have any fun. When Bobby meets her in the park one day, he's sure things will go terribly wrong. Until something unexpected changes his mind.