Jeremy Roenick speaks proudly of the unreserved style he played the game of hockey. He retired with 513 career goals, the second most by an American-born player.

After his career on the ice ended in 2009, he assumed a new position above the ice as an analyst for NBC Sports. Many words have been used to describe Roenick's hockey career and second act as a broadcaster. Brash. Self-assured. Upfront. Sure, Roenick retains a style that is indisputably all his own. The same characteristics that propelled him to nine All-Star Games and a comfortable slot in the broadcast booth outline his new book, Shoot First, Pass Later.

"I believe that people will appreciate the honesty of the book," said Roenick. "It takes a lot of guts to include information about your family and your personal information. But the life of a professional athlete isn't all fun and games. There is tension, pressure, and there are tough parts and there are costs to succeeding and staying relevant or keeping your job." 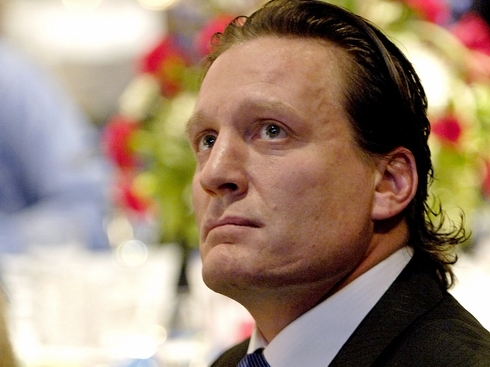 Roenick played 524 games with the Chicago Blackhawks, 454 with the Phoenix Coyotes, 216 with the Philadelphia Flyers, 111 with the San Jose Sharks, and 58 with the Los Angeles Kings. He also played in 154 playoff games. He said he learned to use his body as "a war zone." Each check," he said, "has the impact of an automobile crash," and that's what it feels like the morning after every game.

"I've experienced that feeling 1,363 times in my career," said Roenick. "But I played the proper way. When you get into the game, you want to be a superstar, you want to make money, but you are also aware of the rigors, dangers, and complications of the game."

Roenick references the abrupt recent death of Steve Montador, a likeable role player who had played 571 NHL games and then had been forced to retire because of lingering concussion issues. He was found at age 35 of "natural causes."

"But we all know there is nothing natural about someone dying at age 35," said Roenick. "We are more aware of concussions and head injuries, and the technology is better. We are learning more and more. I could get lucky and be just fine."

Montador signed up to have his brain studied after his death. When that autopsy was completed, it showed that he suffered from widespread Chronic Traumatic Encephalopathy (CTE), a degenerative brain disorder linked to repeated blows to the head. The long-term impact of multiple concussions concerns Roenick, who estimates that he suffered "13 or 14 concussions" in his career and was sensitive to the mental preparation of civil life.

"When you have to leave the game earlier than you want there is a void," said Roenick. "With someone like Montador, it wasn't his choice. And it can be hard to control that emotion."

Indeed, retirement is one of those transitions in life that is supposed to be a welcome, if not natural, event, a non-sentimental bridge between the past and the open future. It sounds simple, as if anything related to identity or character or patterned existence that suddenly screeches to a close can be so simplified.

"When you think about it," said Roenick "it's hard to do one thing for all your life and then leave that one thing. You've given all of your life to hockey. There are the obvious highs and lows. There is a point when you are no longer accepted, wanted or relied on, and when teams don't want you, and that humbles you. When I was brought in as a member of the San Jose Sharks in the mentor role, the fans still bought my jersey, and I had a great sense of admiration for the situation and fans. I wasn't there to be a superstar. But I can tell you that when I announced my retirement -- and spoke the word -- that I let out the biggest gasp of fresh air ever." 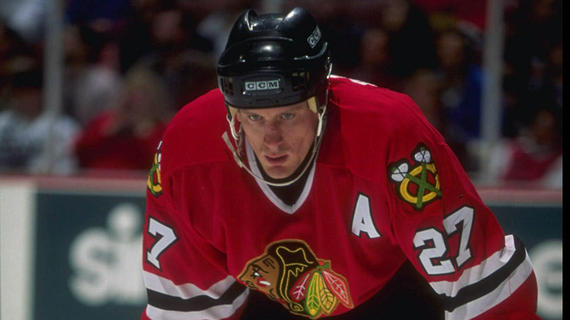 Heart is a word used so often in sports writing, that it has been undressed of its intended meaning. Yet, the word heart -- and all of its connotations of bravery, grit and playing through high levels of pain -- can and should fairly be applied to Roenick. And it's that very lack of "heart" in today's game that irks Roenick. Despite laying out a roster of current players who perpetuate the past spirit of hockey -- including Ryan Getzlaf, Wayne Simmonds, Joe Pavelski and Andrew Ladd -- Roenick said that the bulk of today's NHL players are spoiled and self-dramatizing.

"There are a lot of pussies in the modern game," said Roenick. "As politically incorrect as it is to say, we are in a period of selling calls and players' needing acting coaches. I hit hard and I played with a lack of care for my own well-being. If you do it, you do it at 100 percent. Ninety percent isn't good enough."

There is too much drama in the game today, according to Roenick. He said he is embarrassed when he sees someone throw off his gloves and act as if he has taken a stick to the chin. He said that former players from his generation need to remind today's players that they need to have some dignity even when they are injured.

"We've become like soccer, where it is commonplace for players to act as if they are severely injured to sell a call. The character of my generation was spectacular. We had Wayne Gretzky, Mario Lemieux, Brett Hull and Luc Robitaille. But we also made each other and held each other accountable. It was back when blood and fighting was considered an honor.

Helmetless players, role players, fourth-line tough guys have all but vanished from the game, replaced by a young generation of athletes accustomed to accepting the status of quo of diving calls and not answering the bell. Finesse and speed dominate and personality is anathema.

"P.K. Subban is one of the guys today who knows how to build a brand," said Roenick. "But it takes effort to build a brand. And Subban plays with fire, emotion and energy and he's not afraid to come out and separate himself from others."

Another deceased NHL player who showed signs of CTE and Roenick knew well was Bob Probert, a legendary tough guy who checked, scored and fought inexhaustibly.

"Bob Probert was a beast on the ice," said Roenick. "He was one of the greatest enforcers and he had all of those substance and legal problems. On the ice, Probert was an absolute terror, but off the ice, he was one of the gentlest, kindest, most fun-loving guys you would ever meet. He was unbelievably sensitive and you wouldn't believe that he was the same guy who would have ripped your head off out there."

On Gary Bettman, Broadcasting, and Book

Many people dislike NHL commissioner Gary Bettman and say that Bettman ruined the game with expansion and his subversion of old-time hockey codes, but Roenick thinks that the game is in fantastic shape right now. His flattering remarks may stun some people, including his former teammate and close friend Chris Chelios, who has a long history of being at odds with Bettman. (Chelios authored the book's forward.)

"League revenues were at $400 million when Bettman was hired in 1993 and now they are approaching $4 billion," said Roenick. "There is a reason why multiple North American cities are seeking an NHL expansion franchise. It may surprise some people that I've been so complimentary of Bettman."

Despite spending much of his adult life in the public eye, it's still stressful to go on television in front of millions of people. Roenick acknowledges that he sometimes butchers the English language or says the wrong name. But he is not someone who is hindered by self-doubt.

"I'm always working to develop a happy marriage between my personality and a broadcast style that plays well to the television audience," said Roenick.

Roenick is quick to remind that his generation of American players helped cultivate the current culture of homegrown success. Indeed, he said that the two highlights of his hockey life have a patriotic hue. When Team USA beat the Soviet Union at the 1980 Olympics in Lake Placid, it had a major influence on Roenick wanting to become an Olympian and an NHL player. Earning an Olympic silver medal in 2002 allowed him to appreciate how far the American program had come in his lifetime. He didn't want to lose that gold medal game against Canada, but "a medal of any color is an accomplishment," said Roenick.

Fueled by his "desire not to fail," Roenick refers to himself as "a highly motivated human being." At 45, he can add the label of author to his collection of talents.

"I believe that the book has caught the three things that people are looking for," said Roenick. "It's an easy read, it's enjoyable, and it's opinionated. There are things for my fans to enjoy and even if you are not a fan you will enjoy it."

Brian D'Ambrosio is the author of "Warriors on the Ice," which features discussions about the end of fighting in the NHL with 30 of the toughest warriors ever to play the game, including Tim Hunter, Glen Cochrane and Tony Twist. His most recent book, "Warrior in the Ring" is a well-received, gripping biography of forgotten Native American world boxing champion Marvin Camel.