Short and Tweet, our weekly series, brings you the newsiest, most buzzworthy tweets of the past seven days. What's in store this week? Nir Rosen made insensitive comments about Lara Logan's assault in Egypt, the Red Cross surprised followers with a rogue tweet, and Obama hosted a dinner with some of the world's most influential tech titans, and more.

About Short And Tweet: Some tweets make news, and some of those tweets break news. HuffPost Tech's new weekly feature of the top newsmaking tweets of the week will showcase both.

We'll be posting our picks for the tweets of the week, but we want to hear from you, too: Tweet us suggestions using the hashtag #hptweets, email us links at technology@huffingtonpost.com, or use the tool below to upload screenshots of noteworthy Twitter posts. See last week's picks here. 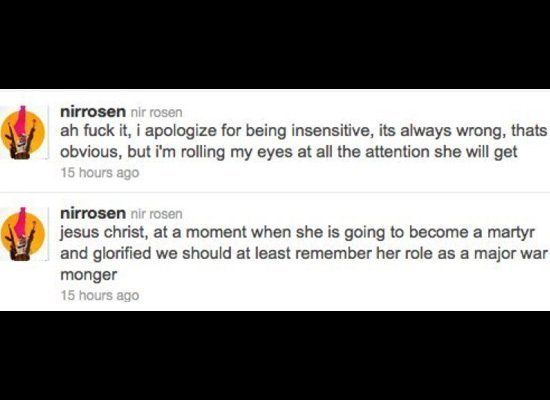