Short and Tweet, our weekly series, brings you the newsiest, most buzzworthy tweets of the past seven days. What's in store this week? Arnold Schwarzenegger's children speak up about their father's latest scandal, the Secret Service apologize for inadvertently mocking Fox News, Lady Gaga sets a new Twitter record and more.

About Short And Tweet: Some tweets make news, and some of those tweets break news. HuffPost Tech's weekly feature of the top newsmaking tweets of the week showcases both.

We'll be posting our picks for the tweets of the week, but we want to hear from you, too: Tweet us suggestions using the hashtag #hptweets or email us links at technology@huffingtonpost.com. See last week's picks here.

PHOTO GALLERY
Short And Tweet: May 13 - May 20
Download
Calling all HuffPost superfans!
Sign up for membership to become a founding member and help shape HuffPost's next chapter
Join HuffPost 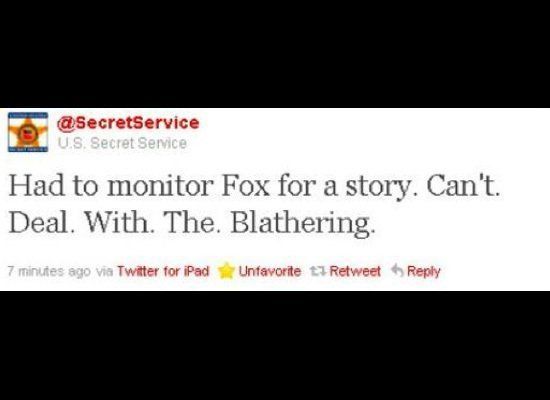 1 / 2
Secret Service Mocks Fox News
A <a href="https://www.huffpost.com/entry/secret-service-twitter-tweet_n_863892" target="_hplink">rogue tweet blasting Fox News</a> appeared on the official feed of the <a href="http://twitter.com/#!/SecretService" target="_hplink">U.S. Secret Service</a> on Wednesday. In a statement reprinted by <a href="http://politicalticker.blogs.cnn.com/2011/05/18/secret-service-apologizes-for-twitter-gaffe/" target="_hplink">CNN</a>, the agency blamed the tweet on a human error: An employee with access to the Secret Service's Twitter account, who mistakenly believed they were on their personal account, posted an unapproved and inappropriate tweet," the agency said. "We apologize for this mistake, and the user no longer has access to our official account. Policies and practices which would have prevented this were not followed and will be reinforced for all account users.