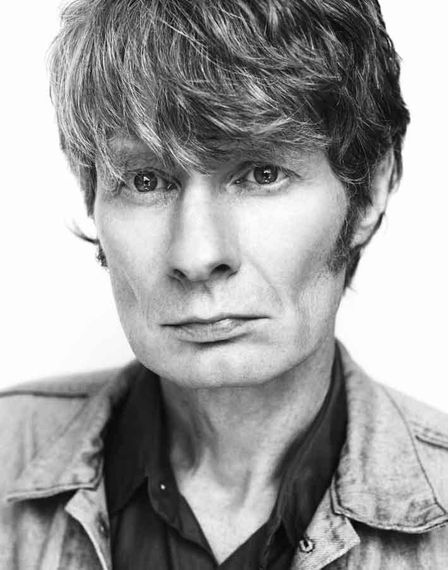 JG Thirlwell has been one of my favorite artists for many years. He is unveiling a program of string quartets this Sunday August 9, 2015 here in New York at the Noguchi Museum (info below). I thought I would use this opportunity to catch up with him and ask him a few questions about it.

MLN: As I've told you before, I've admired your work for sometime and am looking forward to Sunday's performance. I have no idea what to expect you to do with a string quartet. Can you tell me a little about these pieces? How they came about?

JGT: I was invited to perform at the Noguchi Museum by Bang On A Can for a series they present there and proposed that I present a program of string quartets. I've written a new piece called Narcolepsy for the concert, and that will premiere on Sunday. It's pretty intense. There are some pieces that I adapted for string quartet from the repertoire of my chamber ensemble Manorexia, and there will be a New York premiere of a piece called Hydrophobia, which I presented for the first time in Austin last year at New Media Art and Sound Summit Festival. The whole set is solely performed by the quartet but on the final piece of the program I join the quartet and slowly process the strings electronically.

MLN: Your work always seemed to have a wide cinematic approach going back to the very beginning of your career. Do you see these compositional works as an extension or connected to your film score work?

JGT: You could say there's a cinematic feel to lot of my music but I don't think this is really an extension of my scoring. If I am writing for string quartet I write with those instruments in mind, whereas with writing for Venture Bros for example, I have an unlimited palette of instruments, and I am scoring to picture so there are some set parameters, following the images and story on the screen and responding dynamically. There's creative problem solving. I've written three pieces for Kronos Quartet (none of which we are playing on Sunday) and I think for me there's a great deal to explore with that combination of instruments

MLN: Can you tell me a little bit about the musicians who will be performing the piece?

JGT: Elena Moon Park has been performing with me since 2007; she's played in Manorexia and also in my Steroid Maximus large ensemble project at the Celebrate Brooklyn Festival a few years back and various other things. She also played in one of the quartets I assembled for a project with Zola Jesus a while back, where I adapted ZJ's work for string quartet. Elena is also a big part of the collective Found Sound Nation. I also worked with cellist Clara Kennedy on that Zola Jesus project and we've been friends for a while, she plays with tons of people. They recommended Isabel Hagen who is an incredible violist. I met Adrianna Mateo at the Bang On A Can Marathon a few years back where she was performing solo, and we'd kept in touch, and I asked her to play on this project. I know she also works closely with Face The Music at Kaufman Center and is solo artist in her own right, along with playing repertoire all over.