Jesse Heffernan is a Certified Recovery Coach. He is a creative, imaginative, forward-thinking, advocate. He is also in recovery.

"I pretty much used whatever I could get my hands on," admitted Heffernan. "Crack was the bottoming out substance in the end, though."

Now, 15-years-clean, Heffernan is part of an innovative project that will create meaningful, constructive dialogue about the opioid epidemic in a way that has yet to be explored: through superheroes.

"Heroes Rising" is a short film produced by Wega Arts, a non-profit organization based in Wisconsin. The film combines comic book style graphics, special effects, and live action. If that was not enough to set it apart, high school students have been working alongside the professional filmmakers as both cast and crew to create this short film. 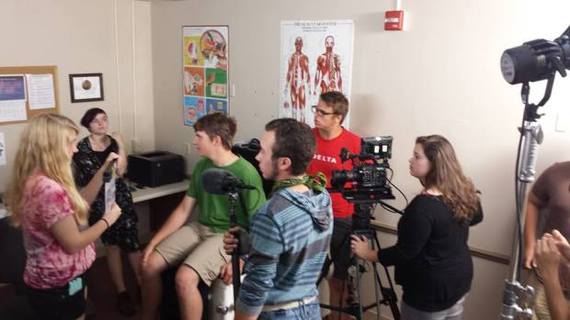 Heroes Rising is about a high school quarter back, Caleb, who is offered OxyContin. By the time we meet our protagonist, many of his friends are already in the throes of heroin addiction.

Caleb transforms into Captain Solar and, along with his team, the Helios Corps, begins to fight the heroin epidemic. 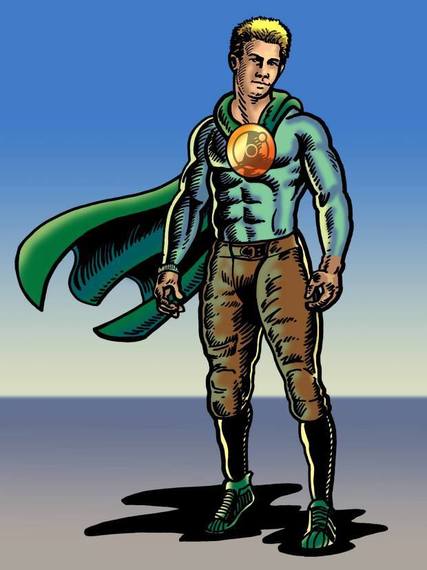 The movie's official website explains that the theme of the film explores prevention and recovery efforts from facing the facts, to fighting for change, and aims to motivate the youth to view life as a process requiring conviction, courage, and positive actions.

According to Heffernan, a big comic book fan, this project is not only a creative, youthful way to approach the epidemic, but a necessary one. Nationwide resources do not begin to match the problem at hand.

"We need to create more avenues, more ways to have conversations about heroin, opiates, and recovery," said Heffernan.

Heffernan acts as a consultant on the film, from a recovery perspective, and will lead discussions surrounding the film.

"Heroes Rising is unique," said Heffernan. "Superheroes are confronting the heroin epidemic. It incorporates comic book and hip hop elements, and stars teenagers. It will resonate with multiple generations and demographics."

It is the hope of all those involved with Heroes Rising that this film becomes a heavily utilized educational tool in communities and in school districts. They hope to see this movie woven into school curriculums, shown at recovery festivals, and transformed into books.

"Anyone battling addiction is worth it," said Heffernan. "They are worth all the work, all the conversations and interventions."

The majority of the individuals putting in "the work" are the loved ones and those in recovery. Having been on both sides of this grim battle, Heffernan knows how important support systems are first hand.

"It took 101 chances for me to finally get into long term recovery," expressed Heffernan. "I am eternally grateful no one gave up on me on the 100th chance."

Filming of Heroes Rising wrapped in July 2016 and is now in post-production. The film, along with an original soundtrack, will be available nationwide.