There once was a time when I thought my dog, Cuda, was the only dog of her kind. She has short spine syndrome, a rare genetic condition that causes vertebra in the spine to be compressed -- giving dogs an unusual, scrunched-up look. I recently introduced you to her and the other dogs who are thriving and living happy lives despite the condition.

I'm excited to present to you yet another beautiful dog living with short spine syndrome. His name is Quasimodo and he is also a rescue. 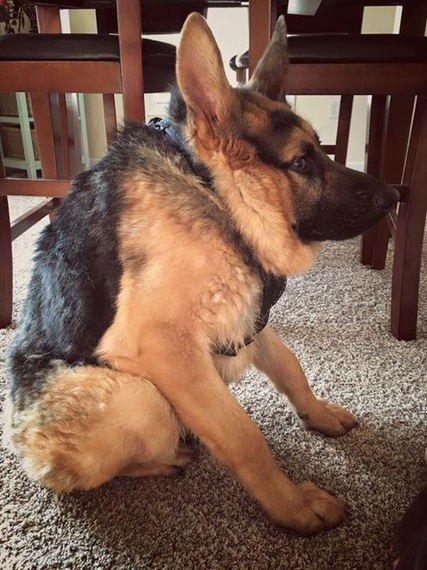 Quasi was found as a stray in Kentucky 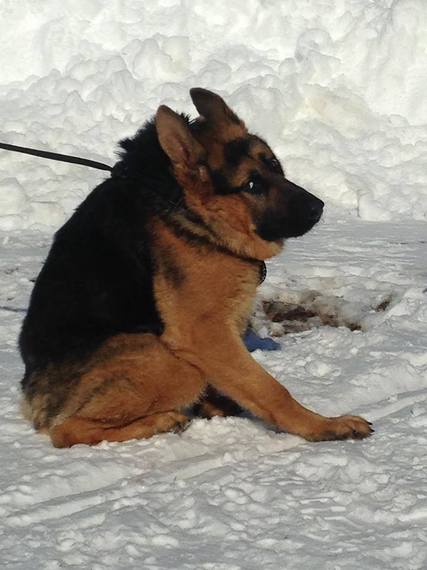 Quasi learns about the Minnesota snow

Quasimodo ended up at Secondhand Hounds, a rescue in Minnesota that believes that all dogs, including those with special needs, deserve the chance to live in happy homes. I spoke with Rachel Mairose, executive director of Secondhand Hounds, about their new arrival.

Secondhand Hounds works closely with a shelter in Kentucky and was contacted by a shelter volunteer there about an odd little dog whose looks set him apart, Mairose said. The volunteer originally thought his condition was due to growing up in a crate. That's a common misconception about dogs with short spine syndrome -- but they are born this way.

He was found as a stray with a severely embedded collar, which means a too-small collar was left on his neck so long his skin grew around it. Mairose said she didn't hesitate when they asked if Secondhand Hounds was interested in pulling him.

Aptly named Quasimodo for his appearance, the dog was transported to his temporary foster mom by a group of volunteers. He is estimated to be around 4 years old and appears to be a purebred German shepherd. Like the other short spine dogs, he is much smaller than his breed standard.

His veterinary examination showed that he had an issue not uncommon in short spine dogs: His tail is corkscrewed and interferes with his bodily functions. It will be surgically corrected shortly, Mairose said. Quasi also has an issue with his penis and very special surgery to correct that has also been ordered.

As research has shown, short spine syndrome may very likely caused by inbreeding and is often accompanied by issues other than the shortened spine. These issues don't slow Quasi down or cause him any pain. His neck is still sensitive from the injury caused by the embedded collar, and he is being treated for that as well. 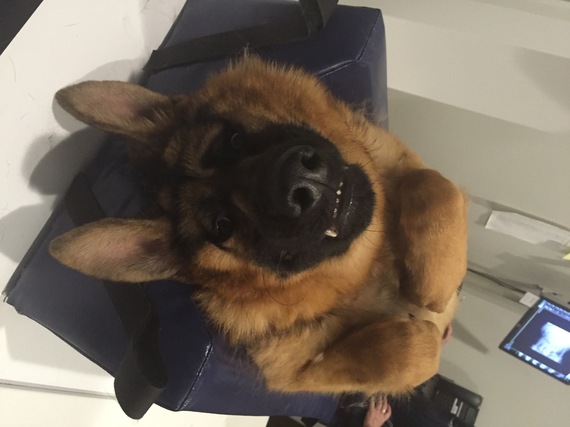 Quasi being examined thoroughly in the vet's office 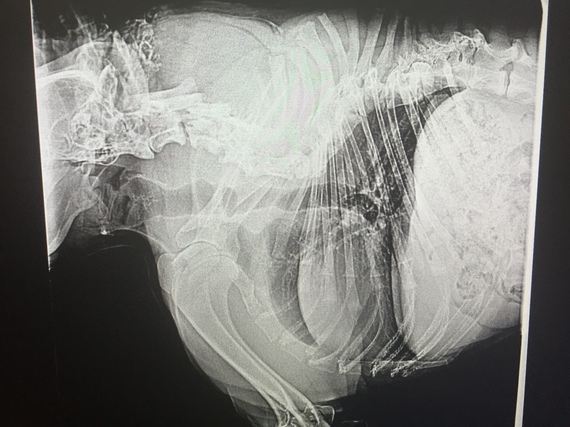 Quasi from the inside out 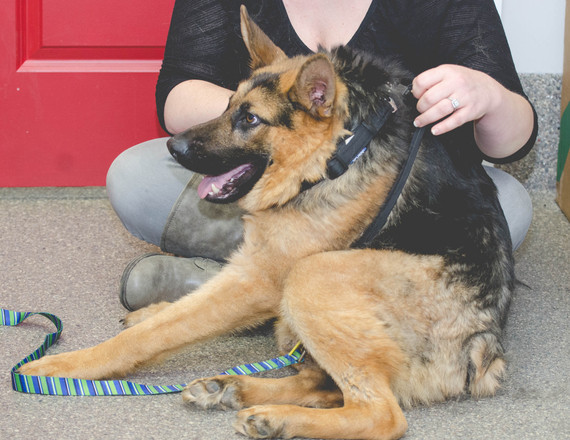 Like the other short spine dogs, he may be short in stature, but he is tall in his wonderful temperament.

Mairose said he is a "love bug." He is extremely affectionate and cuddly and adores other dogs. He plays and enjoys attention just like any other dog. 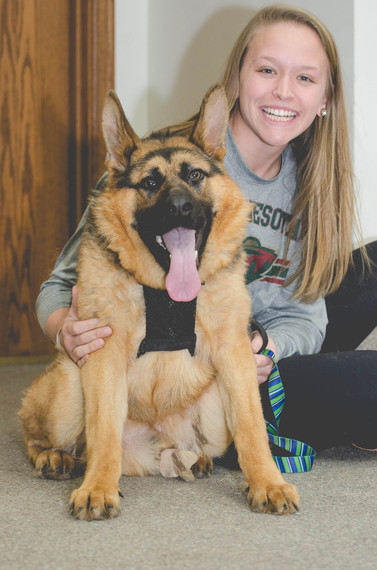 His first introduction to cats proved to be scary for him. He ran away! .He is not yet ready for adoption but Rachel said there is already a lot of interest in him. I'm not surprised. It is impossible not to fall in love with these special little dogs. Funnily enough, there are now three short spine dogs with the name Quasi.

I was first contacted about him by Sara Marie Anderson, Secondhand Hound's large breed coordinator. She read about the other short spine dogs and knew, based on his appearance, that he belonged to the same family. Anderson is Quasi's adoption coordinator, so look for more information about his availability soon.

Secondhand Hounds relies on donations, so if you're interested in donating towards his surgery or helping them rescue more special dogs, you can do so so through GiveMN.org or via PayPal

Article first published on The Dodo