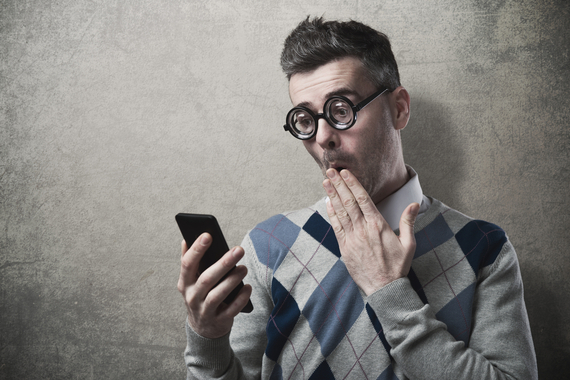 Jamie LaMoreaux's parents' AT&T phone doesn't work and they want to return it. Why won't the company let them?

Question: My parents, who are 80 and 87, have an AT&T phone that won't charge. They took it to an AT&T store where they were told they had to get a new one. So they did, paying a $20 "upgrade" fee. But they were not told about the extra $40 fee or the two-year contract extension.

When my mother called to find out about the fee she was told to go back to the store and they might consider refunding it. But they refused. We sent an email to the CEO, and his secretary called my mother back.

She was told they had received too many free upgrades and were ineligible for another one; plus, she would not receive a refund. There was no attempt to address the unrequested contract extension or the fact that my parents were unaware of any fees other than what they paid for in person. They just wanted the fee refunded and extension removed.

My parents have been good customers of AT&T for a very long time. Now they just want to leave and get a pay-as-you-go phone. Can you help them? -- Jamie LaMoreaux, Orlando

Answer: Are you telling me that your parents just wanted to fix a phone, but that AT&T sold them a new unit and failed to mention the contract terms and a fee?

I wasn't there when this transaction happened, but I'll bet the fee and the contract terms were disclosed in the fine print of the contract they signed. But who reads that? If you're a retiree and you just want the darned phone to work, you're not going to pull out the reading glasses and study the paperwork. Nor should you be expected to. One of the reasons you go in person to take care of these things is to be, well ... taken care of.

Everything should be clearly disclosed verbally and in writing.

Disclosure: I am an AT&T wireless customer. I pay my sky-high cell phone bill every month and am probably no happier than your parents about it. I have personally witnessed the upselling and nearly agreed to a new service plan when a representative failed to mention the two-year contract extension.

I told the AT&T representative I met with that there has to be a better way than this of delivering wireless service to customers. By the way, if you're ever unhappy with your AT&T service, you can try sending a brief, polite email to one of their executives. I list them on my site.

Meanwhile, your sister conducted her own investigation and found that a new battery, not a new phone, would have easily fixed your parents' handset. How frustrating.

This is one of those situations where the company is both right and wrong. It correctly charged your parents for their service, but it also failed to adequately disclose all the terms of the contract to two octogenarians.

As a gesture of goodwill, AT&T offered to refund the fee and cancel the contract. Or your parents could keep the phones and agree to the two-year contract. Your parents accepted the refund and cancellation.