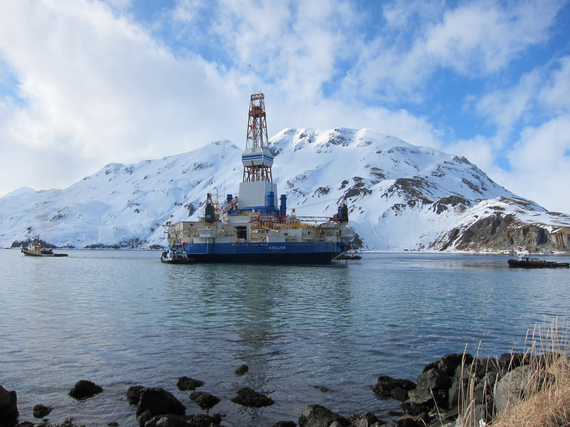 There are climate change impacts we can adapt to, and then there are those that are already beyond our capabilities. In climate negotiation language, we call this loss and damage.

"Not talking about loss and damage is equal to climate denial," said the G77 and China in a press conference held at the ongoing climate negotiations in Bonn.

Much to the dismay of developing countries, the loss and damage section have been reduced to a mere three lines in the draft negotiating text. This has since been changed after countries were allowed to make insertions to the text in order for negotiations to move forward. The negotiations were at a deadlock on Monday with countries expressing frustrations that the text was favorable only to rich countries and have taken for granted issues which developing countries have been fighting for.

"Loss and damage is not optional. We experience in our hearts the broad spectrum of climate change impacts. We are trying to see loss and damage have a role in this agreement," said Ambassador Nozipho Mxakato-Diseko of South Africa. South Africa currently leads the G77 and China block.

Having loss and damage in the climate agreement give developed countries the obligation to pay for climate damage, and this is also the reason why they strongly oppose to it.

"Developed countries object to loss and damage forming part of the core Paris agreement - yet for vulnerable countries it is an existential issue and its inclusion is essential," said Julie Anne Richards of the Carbon Levy Project.

Should carbon majors also pay for loss and damage?

Carbon Majors are responsible for more than two thirds of the man-made greenhouse gas emissions in the atmosphere today. These carbon majors are 90 fossil fuel companies that include Chevron, ExxonMobil, Saudi Aramco, BP, Gazprom, and Shell.

The Carbon Levy Project proposes for a global levy on all fossil fuel extraction, to be paid into an international Loss and Damage Mechanism to help the most vulnerable facing the worst impacts of climate change.

"Our report raises the question: why should big oil, coal and gas continue to make outrageous profits and outsource the true cost of their product upon the poor who are paying with their lives?" said Julie Anne Richards.

The Carbon Levy Project has analysed three climate-related events that have led to actual loss and damage, and compare those costs with the profits of some of the 90 "Carbon Majors" who are responsible for more than two thirds of the man-made greenhouse gas emissions in the atmosphere today.

In November 2013, the deadly Typhoon Haiyan (Yolanda) blasted the Philippines, killing more than 7300 people and forcing four million from their homes. The damage was estimated to be around $10 billion. Chevron's profits in 2013 were $21.4 billion.

In Kenya a four-year drought has decimated crops, At its peak it left 13.3 million people with food shortages and led to a large number of deaths. Government of Kenya estimated losses of $12.1 billion. Over the same period Shell made profits of $90.2 billion.

In Papua New Guinea, the Government has started a programme of relocating the 6000 inhabitants of the Carteret Islands to other parts of the country, as the Cartaret Islands are suffering from the effects of sea level rise and increased salinity. While the Carteret Islands needs USD $5.3 million to relocate, ExxonMobil recorded USD $32.5 billion in profits in 2014 alone.

Long and difficult battle ahead

While civil society is still locked out of the negotiations, updates at the stocktaking point to the fact that negotiations have been very slow and have concerned the co-chairs and even countries like Russia.

The G77 and China block has confirmed this in the press conference saying that "developed countries have not negotiated" and that it has deeply concerned them that loss and damage is not being included in the discussions.

With only one day left in the negotiations before the Conference of Parties (COP) in Paris on December, we can only hope for the wind to blow in a different direction where developed countries finally own up to their climate crimes and pay their dues to those who have already lost so much and will certainly lose more.