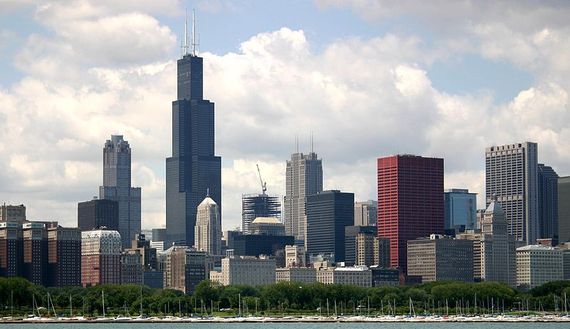 No one really enjoys taxes, but they're necessary to help pay for the government services we receive. That's why Chicago mayor Rahm Emanuel has pitched a potential property tax increase to help the city make up the pension deficit it currently is facing.

But Chicago Tribune columnist Eric Zorn believes he has a better proposal. Zorn thinks Chicago could be better off with a city income tax.

Why? Says Zorn, "[Revenue-boosting alternatives] all have their downsides. They all risk unintended consequences. They all stick in my craw, and probably your craw, too.

"But if the alternative is a significant decrease in city services leading to a deteriorating quality of civic life, a city income tax is among the least objectionable options for balancing the books."

Zorn has four reasons to support his idea, something he just wants a discussion on instead of outright rejection.

READ MORE ABOUT HIS PROPOSAL HERE

If Chicago were to have a city income tax, the middle class wouldn't be affected too much. That's because there isn't much of a middle class left in the city. We have a map that shows the disappearance of the middle class in Chicago over the past 40 years.

CHECK OUT THE MAP HERE