Insights from psychology and studying why people make certain decisions can have a notable impact on policy design. Perhaps the best-known example of what is known as psychological nudge" is the framing of default choices for organ donation. In Denmark and Germany, drivers are asked specifically whether they would like to become organ donors when they get their licenses. Participation in donor programs ranges from 5-15 percent in those two countries. In Sweden and Austria, by contrast, the default choice is to be an organ donor via "presumed consent," meaning people have to explicitly opt out if they do not wish to participate. As a result, participation rates are 85 percent and higher. What this tells us is that when faced with difficult choices, people tend to go with whatever default option is presented.

Most policy matters are not as profound as the design of a national approach to organ donations, but governments are increasingly using behavioral science to better design policies and deliver services.

Policymakers from Brazil, Colombia, the European Union, Israel, the Netherlands, South Africa, Singapore, Turkey, the U.K. and the United States shared their experiences at a recent gathering organized by the Behavioral Insights Group at the Harvard Kennedy School's Center for Public Leadership and Ideas42, the non-profit research and design firm. Singapore's Ministry for Transportation reported on its effort to optimize the public transportation network by analyzing several hundred million data points gathered over a 3-month period. The U.K. government's Behavioral Insights Team shared lessons from improving savings rates in the public pension system, transparency and fairness in property tax collection, and better employment matching services. The Western Cape Government from South Africa shared successes in improving the understanding of HIV risk among young women and encouraging healthier lifestyles.

Behavioral science is also being used in the field of financial inclusion, both to develop new products and for consumer protection policies. My colleagues at CGAP recently summarized lessons learned from a series of applied product innovations using behavioral insights. In one of these cases, CGAP partnered with a large Bank and developed a product that mimics the informal savings behaviors of low-income families in Mexico. On the consumer protection side, regulators from Mexico to Malaysia have used behavioral insights to eliminate unintelligible fine print and to improve transparency and fairness in product information disclosure. 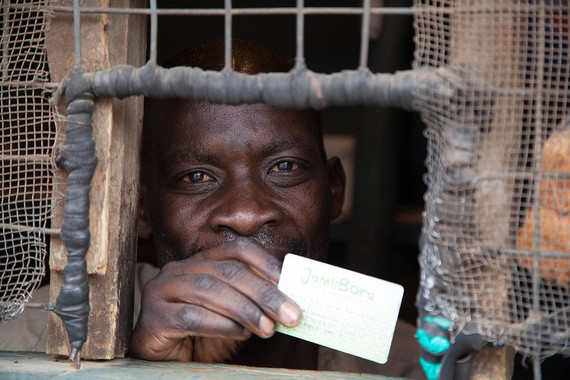 There are many ethical and other questions surrounding when and whether to use behavioral science in the policy arena. At the recent conference I attended at Harvard, Cass Sunstein from Harvard Law School offered a helpful set of criteria when, for example, the default nudge seem justified rather than leaving decisions to active choice. These included when the context is relatively unknown or confusing; when there is limited importance to individual learning, and when there is reasonable uniformity about an underlying issue. For example, hospital patients under pressure to make a decision on a course of treatment would likely want their doctor to recommend the best route rather than be left alone to choose from an overwhelming menu of options.

By contrast, when the context is clearly understood, when learning matters, and when there are great differences in people's underlying preference, it is better to leave decisions to active choice rather than default optimization. There is a reason why travel websites offer many choices for a one-week vacation rather than choosing a destination for you.

Whether to use nudging in policy design is ultimately a judgment call that involves weighing up personal versus societal costs and benefits. For example, there is an obvious societal cost when people are not automatically enrolled in savings schemes.