The Giving Pledge, a promise by the world's wealthiest individuals to give away at least 50 percent of their net worth to charity during their lifetimes, has garnered a great deal of attention.

Not only are billions of dollars going to worthy causes, but also visionaries from the worlds of technology and finance, including Warren Buffet, Michael Bloomberg, and Elon Musk, are coming together to discuss how to apply money and resources to some of the world's most serious and complex problems. The role that megabillionaires play in solving social problems through non-governmental organizations is undoubtedly critical to many causes. For many non-profits, however, billionaires, or even millionaires, may not be the only, or even the best, market to look to for a sustainable source of donations. 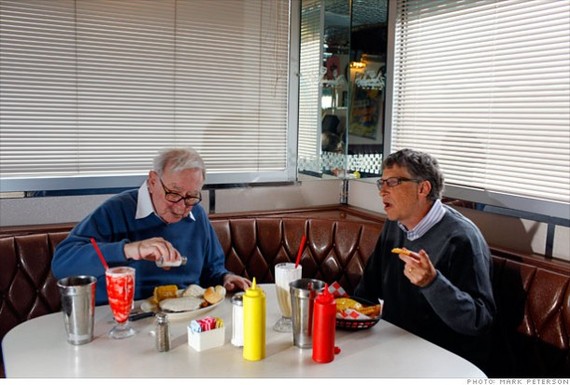 Mega-billionaires Warren Buffet and Bill Gates share a meal at the Hollywood Diner in Carter Lake, Iowa in March, where the idea for the Giving Pledge was born.

Instead, charities looking for new fundraising targets should act not like a sport fisherman looking to catch a blue marlin as a trophy, but rather like a fisherman looking to fill his boat with enough fish to feed his village. While expending the time and effort to catch one blue marlin, or to receive one $1 million donation at a gala, is certainly noteworthy, it may not be as resource-efficient as working to catch many more smaller fish, or $10 million in one dollar donations online. Non-profits that are either auctioning off valuable items and experiences or directly soliciting donations in order fundraise, should consider how much more they could raise if they extended their own nets to smaller metaphorical fish. 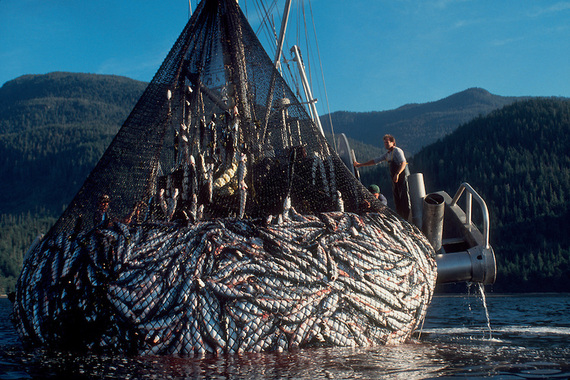 When non-profits focus on the kinds of donors who can bid $3,460,000 on a steak at Smith & Wollensky with Warren Buffet, or $610,000 on a cup of coffee with Apple CEO Tim Cook, they are excluding more than 99 percent of the world's population. While this kind of individual, unrestricted donation would be a boon to any charitable organization, 10 million one dollar donations would provide the cause with an order of magnitude more funds.

With an individual median income in the United States of $26,989,100 percent of the population can afford to donate $1-$40 to a cause in which they believe. A strategy focused on just this sort of small donation is what helped Facebook co-founder Chris Hughes raise so much for Barak Obama's winning Presidential bid in 2008.

The financial power of broadening one's socio-economic audience is also evident in fashion. Luxury groups including LVMH Moet Hennessy Louis Vuitton and Kering (Gucci Group) were only able to build multibillion dollar global brands by being aspirational for the middle class. Louis Vuitton, for instance, never could have been successful by only marketing their bags to billionaires. 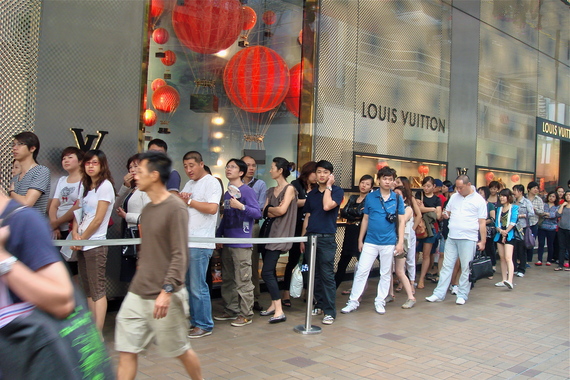 Crowds around the world line up to shop at Louis Vuitton.
This experience, coupled with my belief that there is no correlation between wealth and generosity, has helped me to look at social enterprise and non-profit fundraising differently. There are large segments of the global economy who could be giving back, who would like to be giving back, but are not being given enough opportunity or the correct incentives to do so. Charitable giving is a $316.23 billion sector of the U.S. economy. However, many charities only anticipate that 10-20 percent of this amount will stem from online donations. The overwhelming success of sites like Kickstarter demonstrates that demographic groups not traditionally known for giving, such as young adults, can and will donate if it's made easy enough for them and they can see the impact of their contributions in an immediate way.

Similarly, efforts from such innovative organizations as the Eva Longoria Foundation illustrate how non-profits can successfully reach broader audiences with multilingual messaging strategies, diverse spokespeople, and a connection to popular culture (in Longoria's case effectively reaching the 37.7 million Americans who speak Spanish at home). 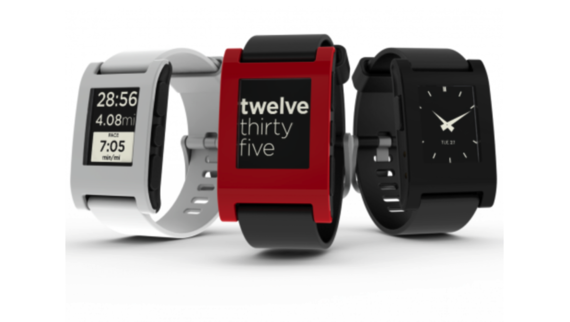 The Pebble smart watch project raised over $10M on Kickstarter.
The Internet is the ideal place to create these kinds scalable fundraising models that cross cultures and leverage a powerful combination of factors. These factors include rapid message transmission through social networks, secure and low-fee payment processing through sites like Bitcoin and PayPal, attractive incentives to give, such as gamification or prizes that appeal to popular taste, and the capacity for donors to track their social impact. For these reasons, whether it is targeting millennials, minorities in the U.S., or global audiences, the future of philanthropy is based on small online donations rather than big offline ones.

By democratizing giving, we will not only raise more dollars for worthy causes, but we will also do more collective awareness and good will around key social issues. Millions of small donations creates a community around a cause in a way that one donation from a billionaire never could.