Twice in less than two decades the majority vote in a presidential election was overruled by the math of the Electoral College. The Founding Fathers created the electoral college to make sure that voters in concentrated urban areas would not be able to neglect the concerns of the rural population. But many people believe that the concept of democracy is undermined when a President is put into office without gaining majority support from the voters.

The results of the Trump/Clinton contest have led to calls for the electors to cast "faithless" votes for the winner of the popular vote, Hillary Clinton, and even for a Constitutional amendment to get rid of the Electoral college.

A group called National Popular Vote has a proposed National Popular Vote bill that would guarantee the presidency to the candidate who receives the most popular votes in all 50 states and the District of Columbia. And it does not require a Constitutional Amendment. Steve Silberstein, a successful businessman, co-founder of the computer software company Innovative Interfaces Inc. (one of the world's largest suppliers of computer systems to libraries), and Board member of National Popular Vote, answered my questions about their proposal. 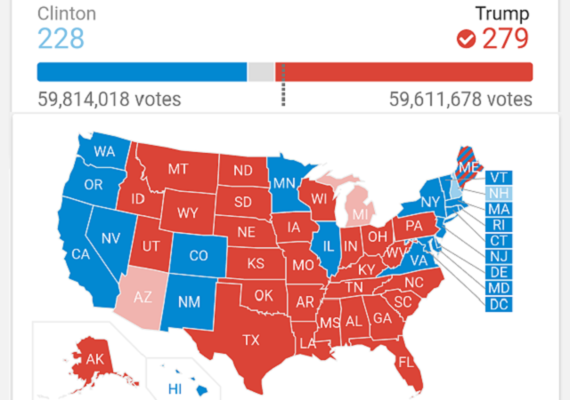 What was the problem the electoral college was intended to fix?

The Founding Fathers did not want the Congress to choose the President (they did not want a Parliamentary system), so they asked the state legislatures to do so. The electoral college turns over the selection of the President to the individual state legislators, who appoint electors that they think represent the interests of their individual states.

Do any other countries have a similar system?

Not that I am aware of. And no state or City or County in this country has a similar system, i.e. where, for example, the winner of the vote in each individual county forces ALL the votes in that county to be counted for just one candidate.

Who are the electors? Are they legally or morally obligated to vote according to the results in their state?

Electors are appointed who the legislature thinks represent the interests of their state. I think the laws are different in each state as to how committed the electors are to do what they indicated they would do when they were selected for appointment.

What is your proposal and how much progress have you made?

The irony is that appointing electors who vote for the winner of that state's popular vote for President is that the President does not pay any attention whatsoever to the interests of that state, except in the case of the few battleground states (chiefly Ohio and Florida). This is because for most states the outcome of the popular vote is well known even before the candidates start their campaign. The way to make the Presidential candidates pay attention to the state is to make them campaign for every vote in every state, not just the votes of the citizens of Ohio and Florida. The state can accomplish this goal by awarding its electoral votes to the candidate who gets the most votes in the country, not the person who gets the most votes in that state.

Eleven states, with a total of 165 Electoral College votes have realized this, and passed a law to give their votes to the national winner (as soon as a few more states do so, so that the total of 270 electoral college votes are committed to do so), and in this way they are forcing the candidates and the President to pay attention to the needs of, and campaign in, their state, instead of the candidates spending all their time and attention on the few battleground states, i.e. mostly Ohio and Florida.

Why should electors vote contrary to the voters they represent?

They should vote in the interests of the voters in their state, which as explained above, is done when they (ironically) vote for the national winner.

Should we amend the Constitution to eliminate the electoral college?

Absolutely not. The point of the electoral college is to have the states choose the President in the manner that they decide is in their best interests. The Electoral College allows them to do so, It does not require that the state vote for the person who got the most votes in the state if it is decided that there is a better way to get the President to pay attention to the interests of their state, which is what happens (ironically) when the state votes for the national winner. Voting for the national winner forces the candidates to campaign all over, just like

How is your proposal better than a Constitutional amendment?

It preserves state sovereignty, the intentions of the Founders, and if for some reason it turns out there needs to be an adjustment, a state can easily change its law. If it were done with a constitutional amendment it would be locked into stone.

If the President is selected by nationwide popular vote, won't the rural states suffer the neglect that the non-battleground states face today?

Rural states are NOW neglected by the system. Candidates simply don't go there or pay any attention to them.

Any state among the 40 or 45 non-battleground states could easily agree to this before the next Presidential election.

Is this a partisan issue?

No. It is bipartisan with significant Republican support. National Popular Vote's Advisory Board includes former Senators Jake Garn (R-UT), Birch Bayh (D-IN), and David Durenberger (R-MN); former Congressmen John Anderson (R-IL, I), John Buchanan (R-AL), Tom Campbell (R-CA), and Tom Downey (D-NY). Other supporters include former Cong. Tom Tancredo (R-CO), Governor Howard Dean (D-VT), Governor Jim Edgar (R-IL), and House Speaker Newt Gingrich (R-GA). Hundreds of Republican state legislators have voted for it. The reason is that they are tired of their state being ignored by the President, just as many Dems like me are.