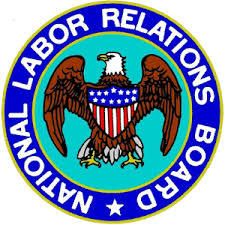 It may be time for the National Labor Relations Board to step in and mediate LA's "99-seat theater wars." This is especially urgent since Actors Equity may have violated both the National Labor Relations Act and numerous court decisions that require the union to exercise the "duty of fair representation." In light of the actions of Equity leadership and its National Council, there now appear to be several ways that Equity is vulnerable to NLRB sanctions.

Since the 1980's, there has been a court-ordered settlement agreement that put LA's 99-seat theater plan in place. Absent any further action by a court, this settlement is legally binding on Equity and cannot be changed without court oversight. On its face, Equity's decision to unilaterally revamp the settlement agreement appears to be a violation of the court's order that has been the controlling law for more than thirty years.

In addition, sections of the National Labor Relations Act -- specifically Section 8(b)(1)(A) -- impose a duty on unions to "fairly represent employees" and prohibit the union from acting "arbitrarily, discriminatorily, or in bad faith." The "duty of fair representation" has been widely embraced by courts in a variety of cases, including instances of discrimination or unfair treatment of any group of union members. Evidence of arbitrary, discriminatory or bad faith representation has included failure to disclose material facts, misrepresentation or bad faith in contract negotiations. When two-thirds of the voting membership in LA cast their ballots against the union's 99-seat proposal, there is at least a prima facie case of a breach of the duty of fair representation.

Equity is apparently hoping to fend off legal action -- either by the NLRB or in a lawsuit by union members -- by employing the time-honored tactic of divide and conquer. The union's Executive Director has sent an email to membership proposing the establishment of "committees" to discuss the plan and to arrange separate meetings with groups of union members and producers. While this may seem like extending an olive branch, it is simply an attempt to grind down the opposition and circumvent what are the legal requirements of fair representation by the union.

The NLRB will act only if it receives complaints of unfair representation from individual union members. Even then, it may decide not to enter the fray. At that point, it will be up to the courts to decide whether the union has violated the NLRA and court ruling in the settlement agreement. Unfortunately, that will be a much longer and more expensive process for both the union and its members, and will result in further damage to the LA theater scene, which has already been torn apart by this latest installment in the "Equity wars."