When the idea of electing judges was first introduced, it was seen as a way to avoid corruption. Today it has the opposite effect.

A poll taken in Texas found that 83 percent percent of Texans believe that campaign contributions influence judicial decisions and 48 percent of judges agreed. Another recent study (see below) showed that in election years, judges give his or her constituents criminal sentences that are 10 percent longer.

A politician can make a deal with society: "If you elect me, I will commit to doing X, Y, Z." But a judge is not a politician and cannot make blanket commitments while campaigning. A judge must follow the law and the facts for any particular case, not political pledges.

Candidates know who is supporting their campaigns since they must review and sign off on their campaign finance reports. One cannot be swayed to rule according to the wishes of donors who keep them at the bench.

It was not always this way. At the founding of America, there were two camps. Federalists, such as Alexander Hamilton, believed that the judicial branch needed to be strong (to uphold the "checks and balances" of a three-branch system), and thus judges should have tenure "during good behavior"; this is how the judiciary began. The contrary view was reflected by the Democratic-Republicans under President Thomas Jefferson, who believed that the exclusively Federalist judiciary he encountered when entering office was intent on frustrating the will of the people. He remembered that Federalist judges had upheld the Sedition Act (enacted by his predecessor John Adams) that had curtailed free speech, and in retaliation he had one federal judge impeached and unsuccessfully tried to remove Supreme Court Justice Salmon Chase. While temporarily thwarted, Jeffersonian-style presidents such as Andrew Jackson stepped up campaigns to weaken the judiciary by having it elected by popular vote. 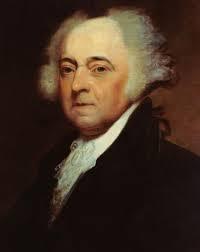 Alexis de Tocqueville, traveling the country during the rise of judicial elections, commented that "these innovations will, sooner or later, have disastrous results."

Interestingly, however, it was not until 1845 that states began to enter the union with state elections for judges, and from that point on, no contiguous state entered the union with an appointed judicial system. Tocqueville's prediction had not yet come true in spite of the elections. Indeed, this movement paralleled other trends, such as the popular election of senators through the 17th Amendment in 1913 (reversing the original constitutional method of appointment by state legislatures), which was a cornerstone of the Progressive movement of the early 20th century.

It has only been in the past forty years that two paradigms have combined deleteriously to affect the judiciary: the unprecedented increase in the U.S. prison population, and the impact of the Citizens United case that has opened up all elections to unlimited corporate and special interest spending.

During the early part of American history, the assumption of "innocent until proven guilty" was not just a phrase. James Iredell, North Carolina Federalist and, later, Justice on the first Supreme Court, wrote a legal opinion that defined the philosophy of American justice: "...it is better five guilty persons should escape unpunished, than one innocent person should die." Here, Iredell was undoubtedly referencing preeminent William Blackstone (1723-1780), the English jurist whose Commentaries were heavily relied upon in early American jurisprudential philosophy (which lacked texts), in what became known as "Blackstone's ratio": "Better that ten guilty persons escape than that one innocent suffer."

While the prison population tended to be stable throughout the modern era in America, from 1973 to 2009, the number of Americans incarcerated in state and federal prisons increased more than seven times, and more than 2.2 million Americans were in prison or local jails by 2009. If you include those on parole and probation, the number reaches well above 7 million. A combination of mandatory minimum sentences, anti-drug campaigns, and a general feeling that America had to get tougher on crime (often with racial overtones, fed by news media, movies and television programs) created this explosion of wanton incarceration, and has added to the pressure on elected judges to give lengthy sentences regardless of circumstances.

This popular pressure to increase the number of prisoners has had a profound effect on the judiciary. In 2012, Loyola Professor Carlos Berdejó and Berkeley Professor Noam Yuchtman released a study indicating that in the state of Washington (where judges are elected quadrennially), criminal judges imposed sentences about 10 percent more severely (about 6.8 months per sentence) as they neared the end of their term and approached re-election. The study authors concluded that, fearing a loss of votes if they are perceived as too lenient, "there is good reason to believe that judges might sentence more severely in order to please voters."

Among those who are trying to restore the merit system within the judiciary is former Supreme Court Justice Sandra Day O'Connor. Nominated by President Ronald Reagan, Justice O'Connor served from 1981 until her retirement in 2006, and while a conservative, she was not a rigid ideologue, and was often the swing vote in the Court's decisions. As a state legislator, O'Connor helped institute a merit system for judges in Arizona, and recently expanded her efforts in 2009 with the O'Connor Judicial Selection Initiative, an effort to end the practice of elected state judicial elections in favor of selection commissions. Proponents believe that this will help in ending the harmful effects of huge campaign contributions that can literally turn judges, or as Justice O'Connor stated: "politicians in robes." Significantly, O'Connor frequently notes that the United States is virtually the only country that elects its judges by popular vote (although a few Swiss cantons elect judges and a few Japanese judges face retention elections that are rarely controversial). In France, for example, candidates must pass a rigorous four-day examination and then enter a 27-month training program before becoming a judge. Tocqueville's prediction appears to be coming true.

The second threat to the judiciary involves a recent Supreme Court case. According to a 2010 report released by the Brennan Center for Justice at New York University School of Law, The Citizens United case that overturned the federal ban on independent corporate campaign expenditures will be especially damaging to the judiciary. Thirty-nine states (covering nearly 90 percent of all judges) have judicial elections in some capacity. At the state level, virtually all high-ranking judges are now under a tremendous strain to raise money. Even in 2006, before Citizens United, business interests contributed 44 percent of funds to state Supreme Court campaigns; in the future, the sky's the limit.

Already in West Virginia, a wealthy coal company owner contributed $3 million to elect a friendly judge who then cast the deciding vote to drop a $50 million damage suit against his coal company. Fortunately, the Supreme Court ruled that judges must recuse themselves when hearing cases involving their biggest contributors. Nevertheless, the Wisconsin Supreme Court went against even the Supreme Court in ruling that campaign contributions alone were not sufficient for recusal. Of the four judges ruling in the majority, two had received $4 million in campaign contributions from a large business group. Today, there is no limit to the amount corporations and special interests can throw into a campaign, which can only result in a judiciary system beholden to the highest bidder. We have reached that point and it is time for reform. The problem is getting worse: Between 2000-2009, the spending on state Supreme Court races increased by two and a half times as compared to the previous decade. By 2011-2012, spending already reached $56 million.

This money is being inappropriately allocated and in some cases be considered like a bribe. The Torah is adamant that we must caution ourselves from bribes (Exodus 23:8). The Talmudic Sage Shmuel disqualified himself as a judge in a case where a litigant had once helped him and Ameimar (a Babylonian Amara, interpreter of legal texts) removed himself when a litigant helped to shoo away a bird (Ketubot 105b). Rav disqualified himself since one litigant hosted him in his home once (Sanhedrin 7b). The Jewish tradition is adamant that one administering justice cannot be swayed in any way by external relationships.

One legal analyst writing in The Atlantic poignantly suggests:

The people who lose out in this bargain are those who almost always lose out: The politically powerless, who rarely have a strong voice in the state legislature, now have an even meeker voice on the state Supreme Court. The American ideal is that our courts are the one place in government where money is not supposed to make a difference.


Let's bring justice back to our judicial system. We should not sully our judiciary with the type of scurrilous, mendacious smear campaigns that are already marring our legislative process. Our sages did not base their judgments on popular opinion. Neither should our judges, the guardians of our law.

Rabbi Dr. Shmuly Yanklowitz is the Executive Director of the Valley Beit Midrash, the Founder & President of Uri L'Tzedek, the Founder and CEO of The Shamayim V'Aretz Institute and the author of six books on Jewish ethics. Newsweek named Rav Shmuly one of the top 50 rabbis in America."