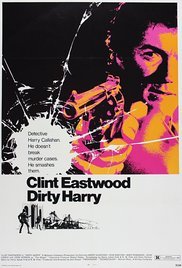 Is there a time when it makes sense to throw the baby out with the bathwater? During spring cleaning we get rid of the all the detritus. We throw things out to make room for new life. Does the same pertain in the world of ideas. What does it mean to have a cleansing in a society which tolerates a certain degree of impurity and imperfection (aka pluralism) by its very nature? Everyone is threatened by terrorists and many of the terrorists, who are a danger to western democratic societies today, happen to be extremist Muslims. Donald Trump and others have advocated closing our borders to Muslims as a way of making sure no terrorists manage to get into the country. During the World War II even such an august defender of the principals of democracy as President Roosevelt advocated interning Japanese citizens. Indeed there are those who would suspend the constitution in times of war. Stop and Frisk policies are another form of throwing the baby out with the bathwater since they penalize many young black men to spare the population from the few who might be guilty of crimes. In so doing it has created a disenfranchised class with rap sheets in place of college degrees. The issue may come down to something as basic as reading a suspect his or her Miranda rights. Does the protection of rights transcend even the immediate dangers posed by a criminal? Clint Eastwood's Dirty Harry took matters into his own hands when he felt justice wasn't being met? Are we ready to throw the baby out with the bathwater and join the lynch mob when a killer's on the loose?