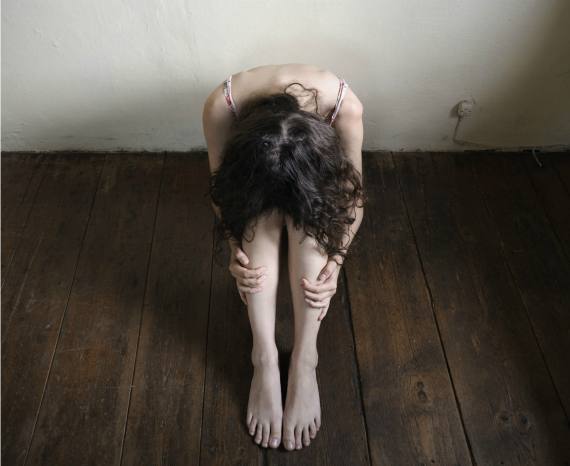 When you're first thinking about divorce, you're all alone. It can be an overwhelming and lonely place to be. You're likely filled with fear, doubt and conflicting emotions.

The situation has to be pretty bad if divorce has entered your mind. You're thinking about leaving your spouse, starting over and possibly breaking up a family. This huge and costly decision could dominate your life for months if not years.

I remember waiting for some sort of divine intervention to confirm my decision one way or the other. Really. Well, that didn't happen for me, and I can pretty much promise it won't happen for you either.

No one can make this decision for you, but what I can do is to start pointing out certain realities you'll face. Things you could never have guessed were coming your way.

Are You a Failure?

Divorce is admitting defeat and adding a label to your name. Like Academy Award-Winner, [insert celebrity name here], you'll now be known as, Marriage Failure and Divorcee, [insert your name here]. It's forever part of your name now.

The perception now is that there is something wrong with you. You're marked as damaged goods like the dented cans at the supermarket.

Nobody cares if you break up with a boyfriend or girlfriend during your dating life. Divorce, however, marks you as a failure even if you did not initiate it. Your new title is really a scarlet letter.

Don't be surprised how many times you'll have to mention you're divorced. It's a weird topic that always seems to come up. Whether it's on a date, or if someone asks where your kids are or when introducing yourself to new people, somehow it will just come up.

Each time you mention it, you'll say it apologetically as if you have failed a very basic aspect of life. That awkward feeling will eventually fade but it's hard to shake.

If it doesn't come up please don't worry, others will gladly do it for you. You now fall under the category of gossip.

Will your family stand by you in this darkest time? They might. Remember though, you just wrecked it for everyone. Maybe your ex was deeply integrated into your family. Now it feels like they've lost someone too. Thanks a lot.

What if they disagree with divorce simply as a matter of principle? Some people feel that divorce is morally wrong. You're now the person who has brought shame upon the family. Prepare yourself for your family's reaction; it may be different than you think.

In the end, you'll find out pretty quickly who your friends are. Be ready to be surprised and be ready to be disappointed.

How About Money After Divorce?

Divorce is the biggest destroyer of wealth. It costs a lot to get divorced.

The national average cost of divorce is ($15-20K) but if you are in New York City, for example, the cost can be multiples of that.

Many couples can come to some sort of agreement in a matter of months but most will not get past the emotion. Your divorce could be dragged out by anger, revenge and pettiness.

Yes, you will pay your lawyer's handsome fee just to fight. You'll look back on this in the future and wish you had just gotten out sooner. It's going to take a long time to recover from the hate, anger and financial blow.

Your Kids Will Be The Hardest Part

There will be differences of opinion on how to handle situations regarding your kids. You want them in one school and your ex wants them in another. Summer camp? Great idea. Wait, your ex doesn't agree? You think your kids need therapy and your ex disagrees. I could go on and on.

At best, you'll work through these disagreements. At worst, you'll end up in family court. It's a nightmare.

You'll have to take time off from work, that's a day of lost wages for you. Will you represent yourself? If you do, I sure hope you are qualified. If not, get ready to shell out more of your hard earned money.

You think you have an open and shut case? Get ready to be frustrated. You may have to show up to court multiple times to settle what you thought would take an hour at most.

Try getting time off from work this many times. Try making up those lost wages. Think about your lawyer's bill when you realize this will take a few separate visits to settle rather than the hour you initially thought it would take. That will raise your legal fees even more. More stress, more bills, more frustration, more resentment and more anger.

So long as you are tied together through business, real estate or children, you never get to put your divorce behind you. It will always be on your mind. Always.

So What Do You Do?

I would advise you look deep and really imagine what you are giving up on.

We are a society of people constantly looking for something better and instant gratification.

A little introspective analysis plus time invested in both your relationship and yourself can equal a transformed marriage -- consider it.

Having said all that, if you must exit, you must exit. I get it. I was there. But friend, I'm here to tell you that on every single level, it was hard. And continues to be.

You may want to look at Wevorce. I've just discovered them and I love what they stand for -- less conflict, less time and less money than a conventional divorce. I wish this had been an option when I divorced. Mine cost over $75K and took over 2 ½ years.

The average Wevorce process costs a fraction of the national average, takes a third of the time, has a 98 percent success rate and has a 100 percent guarantee.

This isn't some guy in his mom's basement selling divorce solutions. It is a multimillion dollar funded company that is helping thousands of people get out with dignity.

So should you divorce? Look, only you can answer that one. Only you know your situation. Look deep, and be honest with yourself. Seriously, if ever there was a time.

Whatever you choose, it will have been your honest choice and at least you can live with that.

More:
divorcedivorce advicedivorce-mediationdivorce tips
Newsletter Sign Up
A weekly guide to improving all of the relationships in your life
Subscribe to HuffPost’s relationships email
Successfully Subscribed!
Realness delivered to your inbox