Regular readers of this column will know that I recently started my third online book club experiment (yes, you are reading that right), called One Book One Facebook. The idea is to get as many people as possible all reading a book together and discussing it weekly. So, why would anyone do this? I mean, book clubs are supposed to be about sitting around with your girlfriends and drinking wine, right?

Well ... okay, yes. That is definitely a good reason to do an in-person book club. But here's the thing: like in so many other areas, some good, some bad, the Internet allows people to connect with people they wouldn't otherwise ever meet. We have people from all over the U.S. and Canada in the book club (there are currently over 700 members), and people from Spain, the UK, and Australia too. It also allows people to drop into a discussion when it's convenient for them -- we have a set time for our discussions, but anyone can add a comment when they want and read at their own pace. And then, it also made it possible for the following to happen.

For our first read, we selected The Banks of Certain Rivers by Jon Harrison. We read five chapters a week over the course of five weeks, and had a discussion each Sunday night.

That, in and of itself, turned out to be an amazing experience. The Banks of Certain Rivers is a perfect book club book, in my opinion, as it raises a variety of interesting questions for discussion: how to move on after loss, what kind of secrets should we keep from our children, are we capable of admitting the worst things about ourselves to those closest to us, and so many more that I can't get into without spoiling the book for those who haven't read it.

Now, Jon Harrison lives in Jackson Hole, Wyoming. And though I'm sure he'd be happy to Skype into your local book club, it's kind of hard to talk to 700 people from all over the world at once. But people in the club kept having questions for him about the book and so I decided to ask him to participate in our final discussion, which he graciously agreed to do.

What followed was, frankly, some of the most fun I've had online in years. (Wait, that sounds bad. Moving on). The conversation was wide-ranging and eclectic and ended on a ... well, you'll just have to read the transcript below to see.

But first, here's what the book is about, according to GoodReads.com: 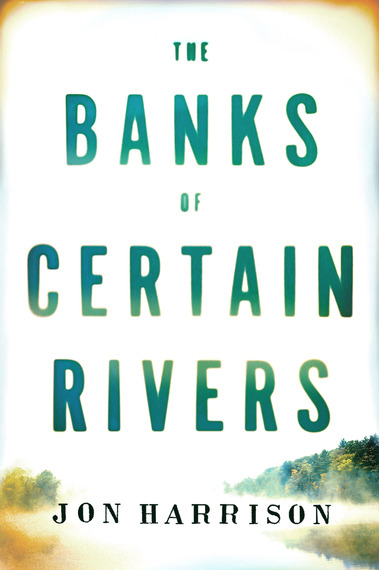 "In the lakeside resort town of Port Manitou, Michigan, dedicated teacher and running coach Neil Kazenzakis shoulders responsibilities that would break a lesser man: a tragic accident has left his wife seriously debilitated, he cares for his mother-in-law who suffers from dementia, and he's raising his teenage son, Chris, on his own. On top of all that, he's also secretly been seeing Lauren, his mother-in-law's caregiver.

When Neil breaks up a fight one day after school, he doesn't give the altercation much thought. He's got bigger issues on his mind, like the fact that Lauren is ready for a commitment and he has to figure out a way to tell Chris that he's in a serious relationship with someone other than the boy's mother. But when an anonymous person uploads a video of the fight to YouTube, the stunning footage suggests Neil assaulted a student. With his job, his family, and his reputation suddenly in jeopardy, Neil must prove his innocence and win back the trust of the entire community--including his son's.

Jon Harrison's The Banks of Certain Rivers is a powerful tale of family, loss, and the meaning of love."

[NB: I've edited the conversation for coherence and removed anything that is a clear spoiler.] 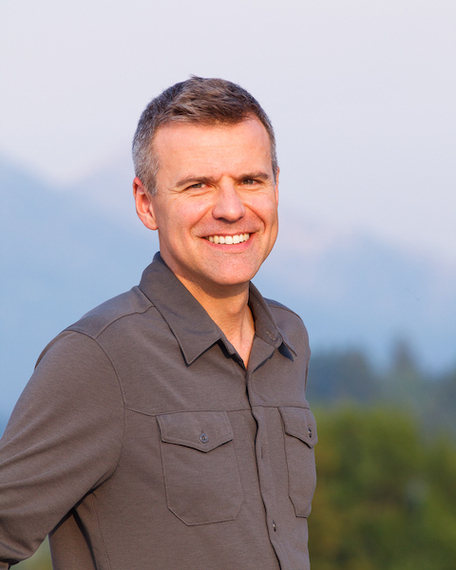 Q.The imagery and setting in the book are so vivid. What gave you the idea to set the book on the shores of Lake Michigan?

I'm originally from Michigan (though I haven't lived there in a long time), so the book is sort of a love letter home.

Q.What's your best time to write, morning or evening/do you have a set schedule?

I'm by nature a night person, but I've learned that I'm much more effective when I write first thing in the morning--I haven't had my head cluttered by things yet, and can dedicate my thinking to writing.

Q.Did you always intend for Wendy [the Main Character, Neil's, wife] to be in long-term care vs. dying in the accident? It definitely gave the book a distinct twist.

I think her state is sort of critical to the story. I had a friend in a similar situation a few years ago, so I think that's what put the idea in my mind.

I was not much of a runner when I started writing the book, but have become one over the past few years. There's great trail running close to where I live.

That's a hard question! You love them all, in some way.

Q.When you were writing the book, did anything happen in the story that surprised you?

I think the way Alan developed as a character surprised me. He sort of came out of nowhere.

Q.I am curious to know if you were a teacher before you started writing.

I did some teaching in my (very brief) career as a graduate student. That's my only practical experience. And I teach a writing class to 5th graders here in the spring.

Q. [From writer Kathryn Craft, The Art of Falling] As a writer myself, I was wowed by the way you hook the reader and never let her go. I mean, it would have been physically painful to put the book down in many places. Finished it a couple months ago and just re-read the opening and man, felt it all over again. Were you just born that way or did you specifically study suspense techniques and psychological tension?

I've never studied any sort of suspense technique. I like working with the push-pull of time in the narrative, though (even if I err on the side of going too slowly at times).

Q. [After several people in the group expressed different opinions about one characters motivations]. Doesn't it amaze you how differently people can interpret a story? No two people read the same story!

It's really true. The best part is, if someone suggests something great that you WISH you'd thought of yourself, you can just nod and say "That's exactly what I meant."

Q.What are you reading these days?

I'm reading Mary Kubika's The Good Girl at the moment and I'm very impressed by it. I also recently read Summer House With Swimming Pool? That was fantastically icky, with an ending I never saw coming. And Andy Weir's The Martian was a great surprise.

Q. What is the best compliment you've received? What about the best criticism?

I think the best compliment is when people assume you MUST have some sort of background similar to one of your characters, because you nailed it. Best criticisms in draft probably had to with pace.

Q.How do you feel about revising your manuscript?

I think revising is really the best part. That's where the good stuff happens.

Q.Do you prefer to write in 1st person present or was it a choice based on the needs of the story?

I would write in the first person all the time if I could, but it feels like cheating. I worry that if I do too many in that point of view, they'll feel the same.

Q. What are some of your favorite classic books?

I've recently revisited Henry Miller's work after not reading him since college, and it's incredible. It's like Hemingway (whose early work has been important to me) if Hemingway had a better sense of humor and hooked up a lot.

Q.When/how did you decide to become a writer?

I think I've wanted to write books since I was a teenager. I'm astounded sometimes that I've had the good fortune to actually do it.

Q.What's your favorite thing that anyone has said about your book?

[Many people then expressed the thought that they were crying at the end of the book. Me included.]

Q.Where does the title come from?

It's from a poem called "I Sleep a Lot" (which wouldn't have made a very good title the book at all) by the amazing Polish-Lithuanian poet Czeslaw Milosz.

The conversation had been going on for about an hour at this point, and Jon Harrison mentioned that he might have to go because his laptop was hot enough to cook on.

And then this happened:

Q.Jon, your book made me want to write the book I have in my heart. I have so many things I would like to say and ask you, but can't well, find the words. I just want to thank you for writing it, and for this opportunity to discuss it.

I suspect that we all had some tears in our eyes when we read that. Jon's elegant reply was:

Thank you so, so much. That ties "I was crying at the end" for best thing ever said about the book.

So, should you join an online book club? I'll give a resounding yes to that question.

And hey, come join us, why don't you?