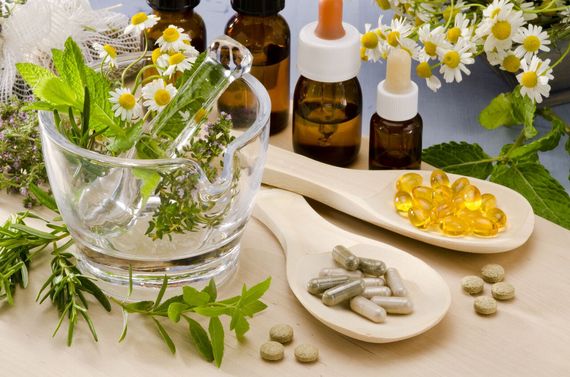 Up to two-thirds of adults use supplements on a regular basis [1] despite the fact that many authorities say they should not:

"Vitamins are correlated with an increased risk of diseases such as cancer... stop taking vitamins." [2] Dr. David Agus does a good job summing up the conventional stance on supplements in a recent Forbes interview. Here is a related quote from another article expressing the same sentiment: "The only thing that taking vitamin supplements could do for you was to produce expensive pee ... If you eat a well-rounded diet, you don't need vitamin supplementation." [3]

Over the last few years, the largest studies on multivitamins/multiminerals evaluated how they affected risks for heart disease, cancer and cataracts.

One study gathered data from the National Health and Nutrition Examination Survey II, conducted between 1988 and 1994. The survey polled 8,678 adults that were over 40-years-old. At this point, 45 percent of the participants had used supplements in the last 30 days. The supplements used the most included multivitamin/multiminerals and multivitamins.

In this study, a group of women took multivitamins for over three years. They had a 35 percent reduction in heart disease which lasted as many as 18 years. [4]

These findings held true, even after factoring out variables that could predict heart disease risk, such as:
A 35 percent reduction is huge. For comparison purposes, 23.6 percent of women use statin medications [5] even though the largest studies have shown they may not reduce heart disease among women. [6]

Next to heart disease, the largest threat we face is cancer. One of the largest studies ever done to find the causes of breast cancer was the Women's Health Initiative Study (WHI). It tracked 161,608 women, ages 50-79, for five years. [7]

The same group of men was also monitored for their risk of developing cataracts. The multivitamins protected 127 from having their vision jeopardized by cataracts.

Given these studies, it appears that vitamins can help reduce deaths from cancer and heart disease and reduce the incidence of cataracts.

I find this evidence compelling enough to invest in my health. Having said that, there are several considerations you should make regarding your age, gender and health that can guide your decisions to ensure the best benefits. These will be the focus of the next article.